When it comes to deploring the leftist hegemony in Hollywood, I can deplore with the best of them. It stinks that America-bashing and God-bashing and military- and capitalism-bashing–the usual cowardly leftist conformism parading itself as courage–continue to alienate audiences and turn many films into predictable ideological yawnfests.

But because our dishonest media hypes this half-baked tripe while ignoring or attacking top-flight material that does not walk the lefty line, we may sometimes miss the good news slowly becoming apparent all around us: the conservative revolution is already underway; we’re winning and we’ll win. 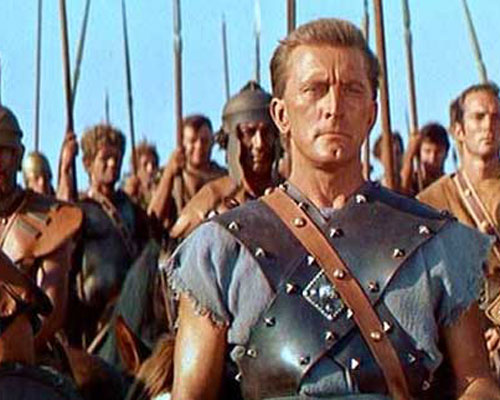 Have a look at some of the great things that have happened recently at the multiplex. Spider-Man 3, a pro-American, pro-responsibility film with deeply Christian overtones topped the box office in 2007. 300, which said a lot that needed to be said about the war on terror, came in at number ten. Even more amazing, the Oscar winner for the year was No Country for Old Men, a decidedly conservative film that linked the evil of its nihilist serial killer to the decline of morals since the 1960’s. “Once you stop hearing sir or ma’am,” says the film’s lone moral voice, “the rest [of the evil] will follow.”

It was pretty much the same this year. Top of the box office so far: the blatantly pro-war on terror Dark Knight. The Christian Prince Caspian is at number eleven. The pro-abstinence Twilight is currently at sixteen and still hot. And perhaps most delightfully, and of course most ignored by the MSM: the Christian pro-marriage film Fireproof, despite suffering from its shoestring budget, still out-performed such favorites of our media elites as W, Religulous and Stop-Loss.

Now yes, it’s aggravating that good values have to go disguised as super heroes or vampires or Spartans while those who hate America and God can speak out plain. But if liberals in the arts sometimes bully conservatives into silence, it’s partly because conservatives let it happen. When the people whose welfare policies helped destroy the black family call us racist, we cower. When the people whose sexual revolution helped spread the plagues of divorce and STD’s call us sexist, we quail. When the people who blame 9/11 on America call us warmongers, we get defensive.

Well, to hell with that. They’re full of it. We ought to spit in their collective eye.

We’re beginning to get that idea. The very existence of this website is evidence of it. Andrew Breitbart’s not afraid of these clowns. Neither is John Nolte. Neither are the rest of us who’ll be blogging here. And I’m willing to bet that once we start talking out loud, there’ll be more of us and then more.

Because here’s the thing: It matters. The right to individual liberty is the greatest gift with which our Creator endowed us. It is immeasurably more important than some so-called Common Good as defined by intellectuals or politicians; more important than political correctness; more important than being loved by the rest of the world. A small band of brilliant dead white men bequeathed to all of us a machine for preserving this right: America and its Constitution. It’s a wonderful machine and it has to be defended in every generation. Sometimes, sadly, it has to be defended with the guns of our military. One day, it may have to be defended with the gun you have in your house. But always–every day–each of us has to stand up for it in our thoughts and with our words.

The movies are one of our most powerful tools for depicting ourselves to the world and to each other. The conservative revolution is not about turning films into pro-American propaganda. Not at all. We simply want to fight back against the distortions of spoiled, bitter, ignorant people who curry favor with cultural elites by undermining our belief in the project of liberty. We want to tell and hear honest stories of what it’s like to live here, stories in which qualities like virtue, faith, honor, manhood and womanhood take their rightful place as good things to be cherished.

The movies–the arts in general–exist to provide us with a sense of who we are. It was an honest sense of America that once made American movies great. We only have to recover that sense, and they can be great again.

So hooray for Hollywood. Let’s go take it back.