We went to Vietnam to stop communism!… We shell women and children!

This is another in a long line of Hollywood films that qualify as a Cambodian Holocaust denier, something I elaborate more on here.

Using the true story of Ron Kovic, an all-American kid born on the 4th of July who grew up in Long Island during the idyllic 1950s and eagerly joined the Marines in order to fight for his country and against the scourge of communism in Vietnam, co-writer/director Oliver Stone is able to hide behind the credentials of an autobiographical true story in order to create yet another one of his deceptive soda straw looks at America’s role in defending the South Vietnamese from the communist North. 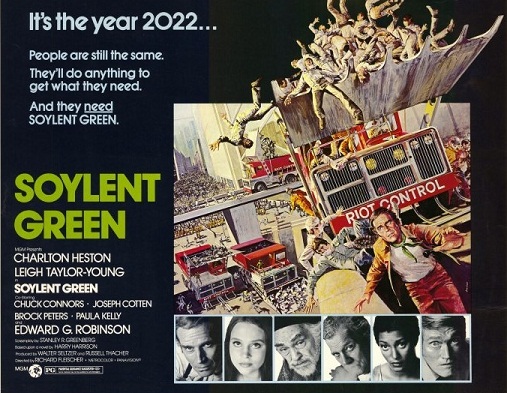 Through Kovic’s story we witness American Marines accidentally massacre an innocent Vietnamese family after panicking under the confusion of battle, the military cover up a horrible friendly-fire incident after Kovic mistakes one of his own men for the enemy, and Vets home from the war unable to psychologically make peace with themselves. Are these the truths surrounding the formative events that eventually helped to shape Ron Kovic into a high-profile anti-war activist? Sure. But in a larger historical context, it’s not the truth about the war or in any way representative of what really happened over there or how our military behaved. And yet, with rare exception, this is the only way this war and the brave men who fought it are ever portrayed on film.

The other benefit of choosing this particular story is how it allows Stone to tell his critics how wrong they are by cinematically molding those of us who disagree with him into someone who eventually comes to see the leftist light. Young, America-loving, communist-hating Ron Kovic represents everything Oliver Stone and the Left despise. What a pleasure it must have been for him to tear that persona down and rebuild him (us) into his own self-righteous image.

Using a true story or not, this is something Hollywood loves to do; haul out the template I call the He Who Believes In The Goodness Of America Template.

When a character arrives on screen and makes clear that he believes in the goodness of America, Hollywood’s intolerant politics will only allow the arc of that character to rise in one of three ways:

I’m not sure how effective this formula is in the real world, but anti-American filmmakers use it all the time. In this case, Oliver Stone cherry-picked a true story that already fit the template, Michael Moore frequently introduces us to those “who once believed in America,” and more recently there have been these kinds of characters peppered throughout the long string of box office flops released to undermine our troops: “Lions for Lambs,” “Green Zone,” and “In the Valley of Elah,” to name a few.

The sleight of hand at work here isn’t complicated. It’s based on the idea that in order to change minds the owners of those minds must relate to the central character. What better way to do that than to introduce us to a character just like us, who believes in the same things we do? And what better way to try and change what we believe in than by using the full force of motion picture propaganda to break down that character’s beliefs (our beliefs) after witnessing Hollywood’s version of the truth.

This is as sinister as it is obvious.

Though it is obvious at times, and bombastic and self-consciously operatic at others, the film that won Stone his second Oscar for direction is an epic piece of storytelling. Aided by impeccable production design with an attention to detail that transports you into another time and place, John Williams’ evocative score, and a career-defining performance from Tom Cruise, you can’t help but get lost and caught up in main character’s journey. The scenes involving Kovic’s high school sweetheart are alternately tender and heartbreaking (especially when she sees him in a wheelchair for the first time); the long sequence in the Veteran’s hospital is outright harrowing; and the time in a Mexican brothel so visceral you can smell the desperation coming off the souls of the lost. You don’t have to agree with this character or the choices he makes, you don’t even have to like this character (I didn’t, though I did sympathize with him) to find fascinating and tragic the events and circumstances that had such a profound effect on his life and core beliefs.

And whether this was by design or not, one of the elements I most respect about the film is that Kovic is rarely portrayed as a likable character. His politics and worldview may change, but even as a young, gung ho, flag-waver, Kovic is an insufferable, sanctimonious prig. Whether he’s out to win the conference wrestling match as a clean-cut teenager or a hippie in a wheelchair shrieking at his mother in the hopes of exorcising his own pain and demons, Stone doesn’t shy away from the character’s less redeeming qualities. Kovic himself deserves credit, as well. He co-wrote the script.

In other words, “Born on the Fourth of July” is no hagiography. It feels true and authentic, more interested in the man than the agenda. The best example is probably the film’s most memorable and emotionally complicated scene; when Kovic visits the family of the Marine he accidentally killed to tell them a painful truth they might have been better off not knowing. This is an unbelievably selfish act on Kovic’s part and to his credit Stone makes very clear that the price of Kovic unburdening his guilt was paid for by a family who had found some peace in the belief that their loved one died a war hero.

When the credits finally roll after 145 minutes, Stone and company have done an extraordinary job at making you feel like a fly on the wall who was witness to two turbulent decades of American history. And, to be honest, you also feel a little manipulated. But that’s what great directors do and Oliver Stone is one of America’s great directors.