When a film offers a free-market perspective on the most controversial energy production technique in the country and still gets sterling reviews from Variety and the New York Times, it must be good. In fact, “FrackNation” isn’t just good. It’s excellent.

Last night I attended the west coast premiere of “FrackNation” with co-directors Ann McElhinney, Phelim McAleer and Magdalena Segieda. The film is structured as a road movie with McAleer as the journalist/narrator on the search for the truth about the costs and benefits of hydraulic fracturing aka fracking. What he finds flies directly in the face of claims made by director Josh Fox in the Oscar-nominated film “Gasland.”

“FrackNation” makes a convincing case that Fox has overplayed his hand on the dangers of fracking, linking it with cancer clusters the CDC says don’t exist and blaming it for contaminating water which the EPA (both state and federal) says is fine to drink. There’s a hilarious scene in which Fox talks about being subject to noxious fumes from fracking in the hills above Los Angeles followed by interviews with joggers in the area raving about the air quality.

Another highlight is a scene in which a couple from Dimock, Pa. who claim their well water has been contaminated with “weapons-grade” uranium is seen reacting to the EPA’s announcement that their water has been tested and found safe to drink. Their outrage over the good news tells you all you need to know about them. And Fox, who relies on their bogus claims in his film, comes out looking like a snake-oil salesman in Elvis Costello hipster glasses. 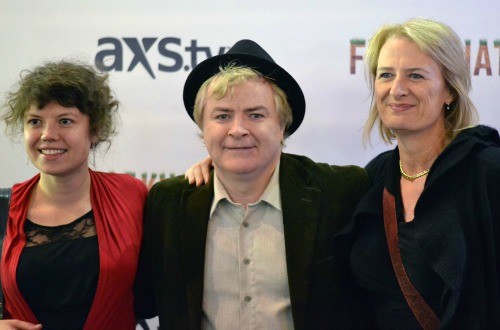 The real surprise in “FrackNation” isn’t the gotcha moments, which are expected, but the amount of genuine heart McAleer brings to the proceedings. Interviews with farmers along the Delaware river and an aging pensioner in Poland bring home the fact that eco-hysteria has real victims whose stories often get ignored by the media.

Mark Cuban has purchased the broadcast rights for “FrackNation.” It will premiere on his AXS.tv network on January 22. Meanwhile, Fox is working on “Gasland 2” with the help of HBO.

The film was funded on Kickstarter by small donations from more than 3,000 individuals. No donations were accepted from anyone connected to the oil and gas industry but, full disclosure, I donated $25 of the $212,000 raised. Having seen the completed film, I think it may be the best $25 I ever spent.