We conservatives are so used to network television being hostile territory that we flip through the channels with the trepidation of the characters on The Walking Dead strolling through a forest, except with fewer tiresome Andrea-related sub-plots.

But recently, the landscape of TV’s vast wasteland has become a bit friendlier to those on the right–and sometimes even a tad critical of those on the left.

Pop culture is what hung the anchor of “uncool” on conservatives in the first place. It was popular culture that made us, in the minds of millions, into sex-fearing, Bible-thumping weirdos with an anti-dancing agenda and latent homicidal homosexual urges lurking in our dank souls.

Andrew Breitbart recognized that Footloose, American Beauty and their ilk did more damage to the conservative brand than a thousand HuffPosts and a million Ezra Kleins. Those false images, pressed into impressionable minds through movies and TV, are what turned a fool like Todd Akin from an aberration into an affirmation of Hollywood-fueled prejudices.

That’s why the current crop of counter-narrative entertainment–small as it is–is so important. If you were alive in the ’80s, you remember the first real conservative character who was actually conservative in the political sense, rather than in just the sense that he had a job and wasn’t some kind of liberal freak. It was Alex P. Keaton on Family Ties, the conservative son of hippie parents. Alex was a great character–smart and unapologetic about the hard edges of conservatism. Sadly, there were limits to how far he could go–whenever he got too conservative he had to be reeled in and relent in a sea of hugs.

It is only recently that we have been favored with the Unhuggable Conservative. Look at Jack Donaghy on NBC’s recently wrapped 30 Rock.  Sure, Alec Baldwin is prone to legendary public meltdowns, but he was brilliant as the hardcore, conservative businessman who never, ever apologized for his capitalist instincts.

While he played the part with humor, it was inarguable that not only was Jack the most capable character in the show but that he was most capable because of the attributes of his conservatism. He was organized, confident and driven precisely because he lived his conservative values. It was not a pose; it was who the character was, and that was why Jack was the one the rest of the characters came to when the madness got too intense. Sure, sometimes Jack made mistakes, had moral lapses, or temporarily got frazzled, but conservatism doesn’t make you perfect. It just makes you better than liberals.

Look at Jack’s foil, Tina Fey’s Liz Lemon, a self-described liberal feminist wracked by crippling guilt that she is insufficiently politically correct and generally living in chaos–which is pretty much the state of anything run by liberals. She was a very flawed character. Interestingly, Jack and Liz got along, agreeing to disagree, thereby providing an example to liberals that perhaps raw hatred and venom isn’t the only possible reaction to someone who doesn’t think precisely like you do.

Another example is the great Ron Swanson from NBC’s Parks and Recreation. Played by the hilarious Nick Offerman, Ron is an unrepentant carnivore and carpenter who works as a government bureaucrat. He is repentant about that–he hates government and seeks its destruction because it is manifestly misguided, inefficient, and anti-liberty. He refuses to compromise his independence and values. He likes his steaks thick, his scotch single-malt and his gun rights unimpinged. His “Ron Swanson Pyramid of Greatness” includes, at its pinnacle “Honor,” “Buffets” and “America.” Ron Swanson is America.  You have to love a character on network TV who describes capitalism as God’s way of determining who is smart and who is poor.

His comic foil is Hillary-admiring, government-loving liberal Lesley Knope (Amy Poehler), whose life is in a constant whirlwind of insanity. Much of it comes from her desire to use government to solve problems – despite Ron’s warnings. On a recent episode, she attempted to use the local government to save a dying video store whose owner thought Shoah counted as lightweight family fare. Ron beamed as he watched Lesley’s bailout plan boomerang as the store started selling pornography. His childlike joy at highlighting the myriad failures and idiocies of government is heartwarming.

The thing about these new conservatives isn’t just that they are on the right–they are right. They aren’t merely clowns or buffoons. They are real people. Sometimes they are funny, but if we begin taking ourselves so seriously we can’t laugh at ourselves we will be inviting our opponents to do so for us.

Sitcoms aren’t the only place where conservatives appear and are having an impact. Big Hollywood’s own Adam Baldwin recently played an expressly conservative secret agent in Chuck, but before that he was on the libertarian-themed Firefly as well. The Firefly “Browncoats”–mostly young and many originally liberal–were clearly influenced by the pro-liberty agenda of that sci-fi show.

What is important is that these were not necessarily people who were normally open to conservatism–pop culture showed it to them in a new way and let them compare it with the dull, oppressive, shackled nannyism of the liberalism they grew up with. Liberalism lost. 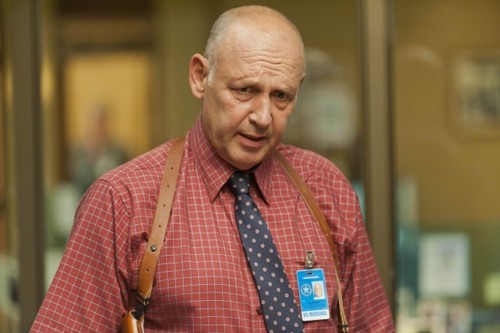 Even hardcore religious conservatives are getting some love. The great Nick Searcy plays Art Mullin, the explicitly Christian boss of Deputy Marshall Raylan Givens on FX’s Justified. In the first season, Searcy has a terrific scene where sorta-villain Boyd Crowder is quoting the Bible when an exasperated Art retrieves his own copy and slams it down, demanding to know where God says it’s all right to steal and kill. It’s a powerful scene on many levels, not least because it depicts a Christian fighting for the truth of his faith without a wink or a nod and without irony.

And, of course, the sight of the entire Walking Dead gang protecting themselves with M4s–a right the Constitution recognizes in the even scarier context of real life–is a great rejoinder to the wussy fussiness of the “But guns are so scary that I’d never, ever protect myself or family” crowd of emasculated metrosexuals on the left.