In director Clint Eastwood’s best films (“Gran Torino,” “Million Dollar Baby,” “Unforgiven,” “The Outlaw Josey Wales”), the multiple Oscar-winner is able to make us feel both the righteousness of justified violence and the heavy emotional price paid by those committing it. “American Sniper,” which is undoubtedly Eastwood’s best picture since “Million Dollar Baby” (2004), and might just be his best since “Unforgiven” (1992), faithfully constructs and respectfully deconstructs “The Legend”: Chris Kyle, the deadliest sniper in the history of the U.S. Military.

“American Sniper” opens during the worst days of Fallujah in Iraq. Kyle (Bradley Cooper) is the eye in the sky watching his fellow warriors through a sniper scope and protecting them when necessary with the kind of precision shooting that will quickly make him a legend (and target).

Through a door, an Iraqi woman emerges with a boy who can’t be older than 10. They walk towards a group of Marines. She hands the boy a large grenade. Kyle has been told by his superiors that what happens next is his call. 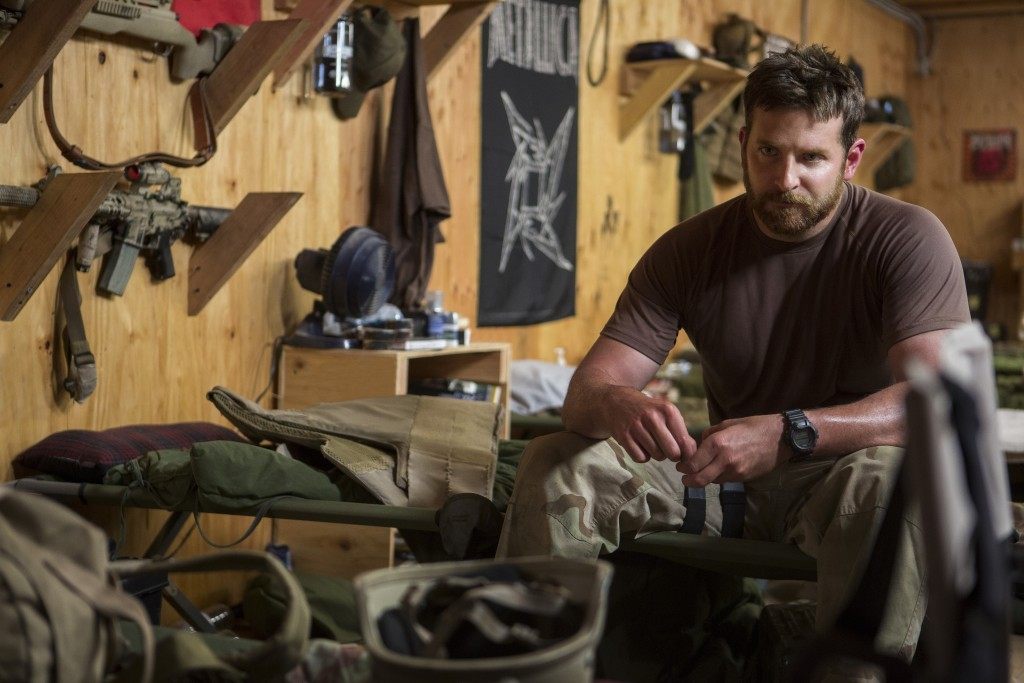 Before Kyle can make what seems like an impossible choice (“I’ve never seen such evil,” Kyle says later), Eastwood and his screenwriter Jason Hall take us back in time with one of the best flashback sequences you’ll ever see. The economy is brilliant, and in just a few minutes we see what made Chris Kyle Chris Kyle: His Christian father’s strict but loving moral code, his days as a rodeo rider, his romance with Taya (a terrific Sienna Miller) — the woman who will become his faithful wife, and why two pre-9/11 terrorist attacks on American embassies led Kyle to become a Navy SEAL at the ripe old age of 30.

The rest of the story, which is every bit as compelling (this might be the best-paced film Eastwood has ever made), centers on Kyle’s harrowing four tours of duty and his troubled home life. This is a man deeply in love with his country (“I’d die for this country. America is the greatest country in the world.”) and his young family. He can only be truly faithful to one. “God, country, family,” are the man’s priorities.

“American Sniper” is refreshingly told only from Kyle’s point of view. He reminds a doubting comrade that we’re fighting these “evil fucking savages” (terrorists) in Iraq so we don’t have to fight them in San Diego. And Eastwood doesn’t flinch from showing these evil fucking savages for the evil fucking savages they are. You won’t soon forget watching terrorist mastermind Zarqawi’s chief enforcer, a monster nicknamed The Butcher, slowly torture and murder a young boy with a power drill.

War is ugly and it’s not pretty watching our guys kick in doors. But there are bad guys behind those doors, and no matter how bad those guys might be, Eastwood makes sure the audience knows Americans don’t carry power drills or take lives out of any motive other than self-defense.

The battle scenes are beyond exceptional — the staging, editing, and choreography. Even though we know Kyle survives the war, the tension at times is still unbearable. At age 84, Eastwood should teach classes on this for Paul Greengrass and all those other lazy directors who hide their lack of action skills behind shaky-cams and frenzied editing.

The tension doesn’t just come from battle and Kyle’s emotional conflict doesn’t just come from being torn between country and family, and this is where Bradley Cooper’s towering performance edges “American Sniper” safely into masterpiece territory. Cooper floored me here. Never in a million years would I have guessed that the lean, cocky, handsome actor with the dull stare could pull off this kind of performance. 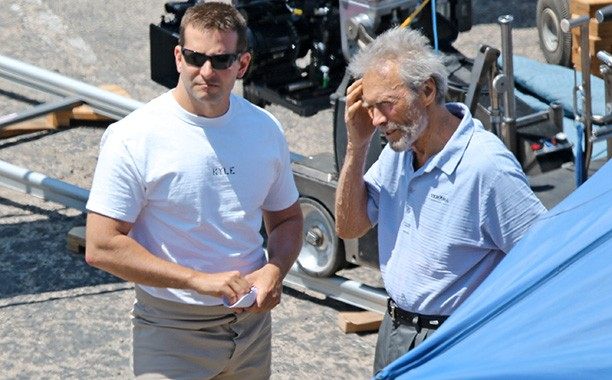 Cooper doesn’t just disappear into this character he evaporates, and it has nothing to do with the 40 pounds of muscle he put on for the role. Cooper’s Texas accent is so perfect you don’t notice it (a rare achievement in Hollywood these days). But it’s what Cooper silently conveys through quiet, watchful stillness that earned him a well-deserved Oscar nomination.

Throughout his tour, a knot tightens within the stoic Kyle, and Cooper does a masterful job of breaking our hearts as we watch a good man grapple with what his country and his extraordinary skills have required of him.

And now I’m going to tell you why those critics claiming “American Sniper” is really a subversive left-wing movie are deluding themselves with anti-science gibberish….

The Big Emotional Question that drives much of “American Sniper” is whether or not, after it’s all over, Kyle still believes in who he is and what he’s done. The film’s best moment comes when that question is answered, when we learn just what is that is tearing Kyle up inside. “I will stand before my Creator and justify every shot,” he tells a military therapist.

You see, it’s not Iraq or Bush or the military or the mission or even those 160 confirmed kills. What’s eating Kyle alive is that he didn’t do more — didn’t save more United States Marines.

Neither the movie nor Eastwood argue this point. The point is objectively proven true because it’s “saving” his “brothers” that eventually saves Kyle — his work with troubled veterans loosens the torturous knot and at long last delivers him home. The point is driven home even further when we watch Kyle teach his young son to hunt.

This is not a small thing.

In fact, it is everything.

That is the moment that tell us what the movie is really “about.”

And this is a movie about a protagonist whose only regret is that he didn’t kill more of those evil fucking savages.

Last night I saw this movie in a packed theatre. For 140 minutes no one moved; they barely breathed. Everyone remained exactly in place even throughout the incredible end credits. When everyone left, it was in total silence.

“American Sniper” is not only a cinematic masterpiece. It is proof of what Big Hollywood has been arguing for more than 6 years: That you can tell the truth about America and the terrorists and the War On Terror and the incredible men who fight and die for us, in a way that is both emotionally complex, patriotic, heartbreaking, and rousing.

You can also make hundreds of millions of dollars in the process.