Because this is frozen in the amber of my memory, it is beyond my comprehension to announce that The Mighty Burt Reynolds turns 80 years-old today.

Born in Lansing, Michigan, on  February 11, 1936, Reynolds seemed destined to be a professional football player. An injury on the field, later compounded by a car accident, changed the course of his life, and, with it, Hollywood history. Reynolds found a second passion on the stage, and by the time he was 22, his undeniable charisma, athletic good looks, and legitimate acting skills, landed him on television, where he would work steady until the movies ultimately beckoned.

Though his breakout role in “Deliverance” was still a few years away, Reynolds proved beyond any doubt in the 1969 Western “100 Rifles” that he was a movie-star-in-waiting. His billing is third  after stars Raquel Welch and football great Jim Brown, but as the Mexican revolutionary Yaqui Joe, Reynolds effortlessly steals the picture.

Stardom arrived in 1972 with “Deliverance.” Celebrity arrived that same year with a nude spread in “Cosmopolitan.” Superstardom would come out of nowhere 5 years later with “Smokey and the Bandit,” a low-budget, car-chase comedy, written and directed by a stuntman (Hal Needham), that went on to gross an astonishing $127 million.

To put that in perspective, in today’s dollars, that adds up to a half-billion dollars. Adjusted for inflation, “Smokey and the Bandit” is still the 70th highest grossing film of all-time. 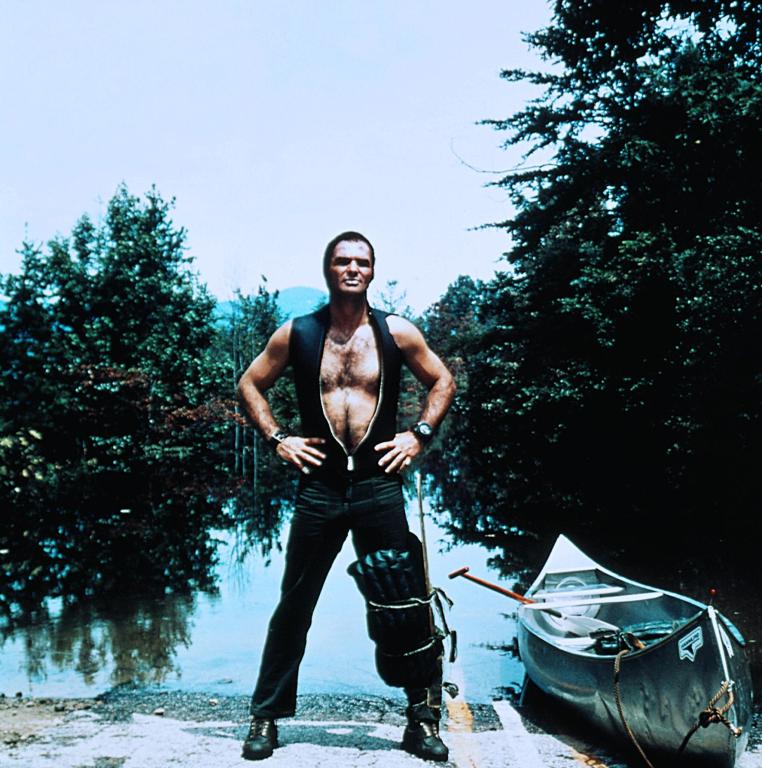 Hit after hit followed, until it all came crashing down just 6 years later with the dismal “Stroker Ace,” a re-teaming of Reynolds and Needham. I’ve read that even Reynolds himself acknowledges this as the beginning of the end, the movie that cost him the trust of his audience.

Reynolds continued to make movies, continued to strive for a comeback. In-between he found some success creating the game show “Win, Lose, or Draw,” and the well-received sitcom “Evening Shade.” In 1997, Reynolds earned a well-deserved Oscar-nomination and career-resurgence for his supporting role as 70’s-era pornographer Jack Horner in Paul Thomas Anderson’s “Boogie Nights.”

After decades of bad marriages, bad health, and bad finances, Reynolds now teaches acting in South Florida, and just released his second memoir, “But Enough About Me.”

The bottom line, though, is that Burt Reynolds is something no one can ever take away; something so rare and extraordinary these days it must be cherished and appreciated at every opportunity.

To watch Reynolds in his 15 year prime, between 1969 and 1984, is nothing short of magical. The romantic charm of Cary Grant and the man’s man masculinity of Gable all mixed together with a touch Flynn’s playful wickedness. In the right role, he could even serve up a little of Brando’s smoldering truculence.

The perfect description of a perfect movie star perfectly describes Burt Reynolds: Woman wanted him and men wanted to be him. 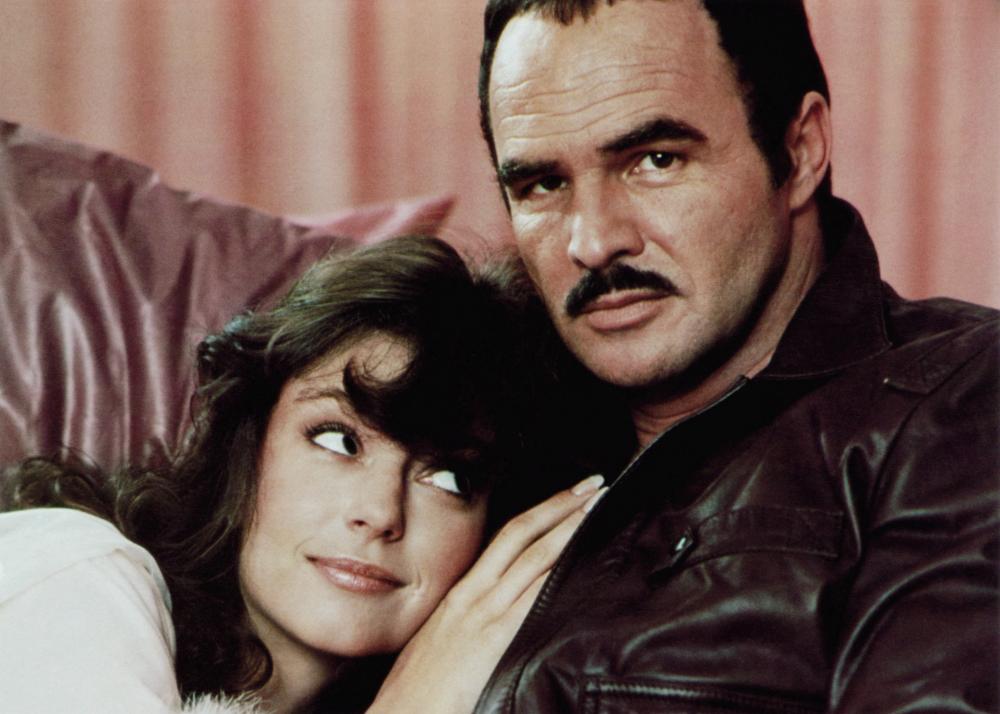 What I love most about Reynolds, and appreciate even more in this era of fascistic political correctness, is that, for a time, he embodied everything I adore about my adopted home in the South. On the screen, time and again, Reynolds was a proud good ole’ boy. Moonshine, beer, bar fights, fast cars and fast women, all enjoyed under a southern sky, in sawdust bars, and on country back roads… all vices that represent the canary in the coalmine of American liberty.

Even “Stroker Ace” was a love letter to the South, a NASCAR movie a decade before NASCAR went national; a story about good ole’ boys just being good ole’ boys. I hate the movie, but I will always love Reynolds for making it.

Take a long look around, folks, and then thank the Good Lord for giving us home video. There is nothing close to Burt Reynolds starring in pictures today, and there never will be again. Below, in chronological order, are my ten favorite Reynolds’ films, which also happen to be ten of my favorite films.

A fairly typical, widescreen 1960’s Western (not that there is anything wrong with that) made memorable by  Raquel Welch’s stunning beauty and a young Burt Reynolds bursting with untapped superstardom.

Director John Boorman’s backwoods, gothic thriller is every bit as effective today as it was 40-plus years ago. One of the screen’s all-time great turning points is when the capable, confident, man-of-action Lewis (Reynolds) is incapacitated by a horrific injury.  At that point, you’re sure everyone is doomed.

There is no question “Deliverance” is Jon Voight’s picture, but there is also no question a star was born.

Director Joseph Sargent delivers one of the great underrated movies of the 1970’s. This is the debut of Reynolds as Bobby “Gator” McKlusky, an imprisoned moonshiner who goes undercover to catch the corrupt sheriff (Ned Beatty, again proving what an amazing character actor he is) who murdered his hippie brother.

The teaming of Reynolds and the great Bo Hopkins is about as good as it gets. Everything in this drive-in masterpiece works: the look, the feel, and most of all Gator thumbing his nose at any and all government authority, even though he’s been forced to work for the Feds.

Reynolds called this film “The beginning of a whole series of films made in the South, about the South and for the South.”

Gator would return in Reynolds’ 1976 directing debut “Gator,” which has its charms, but not many.

After “White Lightning,’ Reynolds jumped directly into one of the all-time great screen comedies. Tracy Keenan Wynn’s masterpiece of a screenplay mixes “MASH” and “The Dirty Dozen” into a gritty and absolutely hilarious story that ends with hardcore prisoners taking on hardcore prison guards in a football game.

As disgraced former-NFL quarterback Paul “Wrecking” Crewe, Reynolds proved he could carry a movie without breaking a sweat.

Never have I laughed so hard or had a better time in a movie theatre.

And it hasn’t aged a day.

Reynolds is so good, he held his own with Robert Preston.

Writer/director Hal Needham reheated his sure-fire “Smokey and the Bandit” formula but switched out moonshiners for stuntmen.

Another monster hit for both, and deservedly so.

Reynolds shaves the mustache, moves to Boston, and convincingly portrays a somewhat nebbish teacher still reeling from a heartbreaking divorce.

Anyone who questions Reynolds range as an actor is in for an awakening and a treat.

Reynolds stars in and directs what is one of the best urban action films of the 80’s. For the life of me, I cannot understand why this didn’t become a franchise for Reynolds. He would go back to this well a number of times in lesser films like “Heat,” “Stick,” and “Physical Evidence.”

Nothing came close to “Sharky,” though, when it could have been his “Dirty Harry” franchise.

By writing a great role for a 60 year-old former superstar still in his prime, writer/director Paul Thomas Anderson pulled a Quentin Tarantino for Reynolds, who reportedly hated the sleaziness of the film. Nevertheless, Reynolds shines.

My favorite scene is an extended take of Jack Horner walking through his big house in the Valley just being, well, Burt Reynolds. We only see Reynolds from the back, and even from that angle the man throws off more charisma than anyone has a right to.

You may be 80. but you are already an immortal.

James Dean in that Mercury ’49

Junior Johnson runnin’ thru the woods of Caroline

Even Burt Reynolds in that black Trans-Am

All gonna meet down at the Cadillac Ranch