This week marks the release of the Bluegrass version of “American Heart” by Breitbart’s own Jon Kahn. The song has already garnered a featured spot in Bluegrass Today. As I sit across a desk from him most days at Breitbart’s Los Angeles HQ, I thought I’d ask him a few questions about the song’s unique history and this newest incarnation.

D.N. American Heart has an unusual history; I remember you telling me at one point that it was inspired by a column you used to write in the early days of Big Hollywood.

J.K. That’s true. I used to write a column called “My Weekly Date with a Liberal.” Andrew [Breitbart] and I decided that it would be of tremendous social value if I were to anonymously date liberal women in L.A., and then report the results — however harrowing they may be — on the pages of Big Hollywood. The song came about after I had a particularly grim conversation with one of these dates, where it became clear to me that part of the liberal mind frame was a fundamental contempt for the concept of America. I went home, sat down at the piano and wrote the song.

D.N.: What was that process like? I know that you performed the song for years before you actually went into a studio and recorded it.

J.K.: You know, they say if you write a song quickly, there’s usually something to it. This one just kind of flowed out really easily. In terms of the first studio recording, I was introduced to Jeffrey Steele who’s written and produced songs for artists like Tim McGraw, Trace Adkins, Rascall Flatts. We had a couple conversations and he agreed to produce the first studio version which we recorded in Nashville. 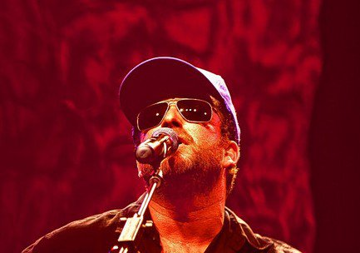 D.N.: So how did it become, essentially, an “anthem” for the conservative grassroots? I mean, the song was — and still is — everywhere. You’ve played it at conservative rallies all over the country. I mean, everyone from Sarah Palin to Curt Schilling to former UN Ambassador John Bolton has sung its praises.

J.K.: Andrew asked me if I wanted to play the song at a Tea Party where he was speaking. I said, ‘Sure, what’s a Tea Party?’ To make a long story short, we started in Quincy, Illinois, and ended up doing events all over the country together.

I think the song really struck a chord, mainly due to its unapologetic patriotism. It was a time —not unlike today — where the populace was angry and wanted to embrace American exceptionalism as opposed to making excuses for it.

D.N.: Two-part question, here. First: what was the inspiration for the bluegrass version of the song? And second: how does this new version differ from the old? Are there any new sections? New lyrics?

J.K.: The bluegrass version came about after we held one of our notorious CPAC parties in D.C. We had an amazing bluegrass band called the Blinky Moon Boys which was fronted by a terrific singer/songwriter/producer, Chris Burton.  He was familiar with “American Heart,” and we performed it that night and just had a blast. The song just kind of lends itself to the genre. And so after that, we talked about recording it. I ended up working with Chris, who produced the song on the East Coast while I recorded vocals on the West Coast. 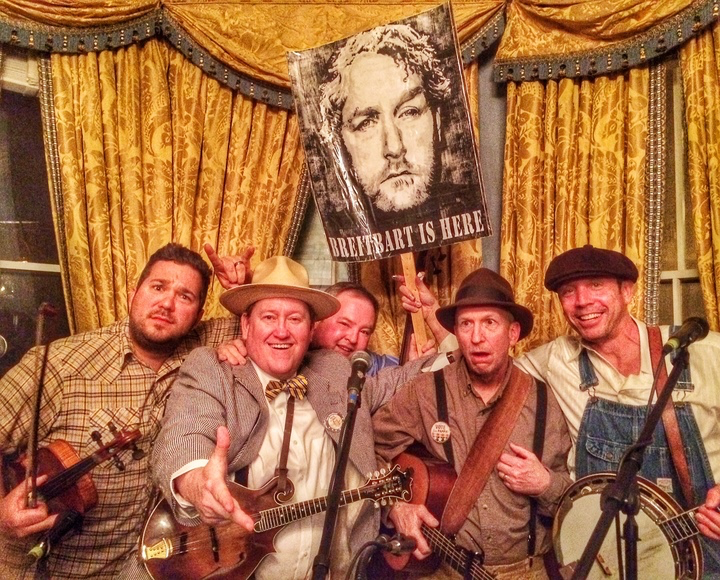 As for the changes in this new version — when you change the vibe of a song, you instinctively sing it differently, so there are definitely some melodic changes throughout. There is an entirely new section coming out of the bridge. The chord progression was the same, but it felt like it needed a different lyric and a new melody. It ended up working out nicely.

D.N.: Do you think the theme and message of the song still resonates as strongly as it did when you first wrote it?

J.K.: Well, let me answer like this: Obama was President when I wrote it, and he’s still President now. And unless I missed something, he’s still apologizing for America and still refuses to embrace the concept of Her exceptionalism. So, that contempt for the American concept that I mentioned earlier, well, that’s still very much alive. So until that contempt turns into love, I plan on creating versions of “American Heart” in every possible genre.