A Playboy Playmate who posted a photo on Snapchat of a naked, 70-year-old woman and made fun of her weight pleaded not guilty Monday to a misdemeanor count of invasion of privacy.

Defendant Dani Mathers was not in court as her attorney filed the plea on her behalf, the Associated Press reported.

She was not required to be in court for this hearing.

“She apologized for her behavior and we’re looking forward to resolving this case in a very fair manner,” he said.

Mathers, 29, posted a photo of the naked woman on Snapchat in July at an L.A. Fitness gym with the caption, “If I can’t unsee this then you can’t either.” 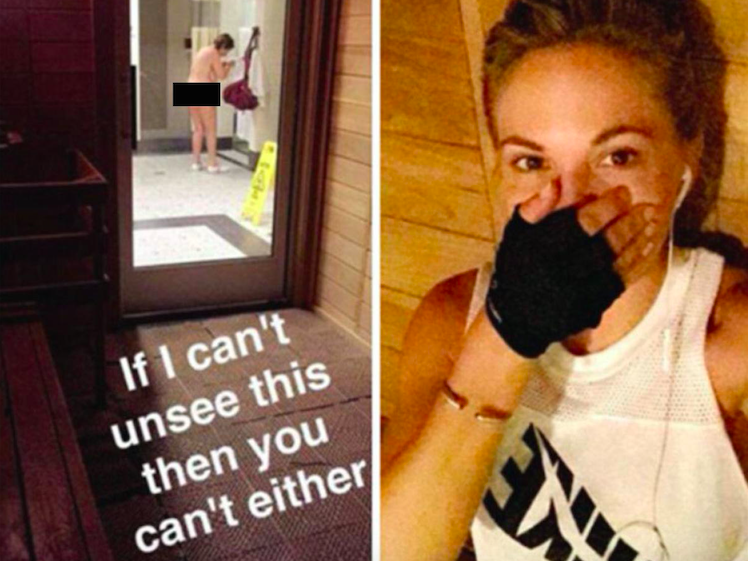 Mathers has since apologized for the photo months ago, which she said had been shared publicly by mistake, but her actions came with a price.

Mathers now faces a six month prison sentence and a $1,000 fine if convicted of a single misdemeanor count of invasion of privacy.

She also got a lot of flak for the photo she posted online, leading to Mathers deleting her Twitter and Instagram accounts. Mathers was “Miss May 2014,” in an era when the magazine still featured nudes — a practice that it discontinued earlier this year.

The Los Angeles Police Department (LAPD) opened a criminal investigation into the incident and asked the woman in the picture to come forward and aid in the investigation.

The 70-year-old woman in the photo cooperated with the police and is now prepared to testify in court against Mathers.

A pretrial hearing is set for Dec. 21 in Los Angeles Superior Court.