First Lady Melania Trump was pretty in pale pink as she and President Trump met with South Korea’s leaders at the White House Thursday.

The Slovenian-born former model kept the ensemble paired-down, wearing only her wedding ring for jewelry and sporting natural shades of makeup. 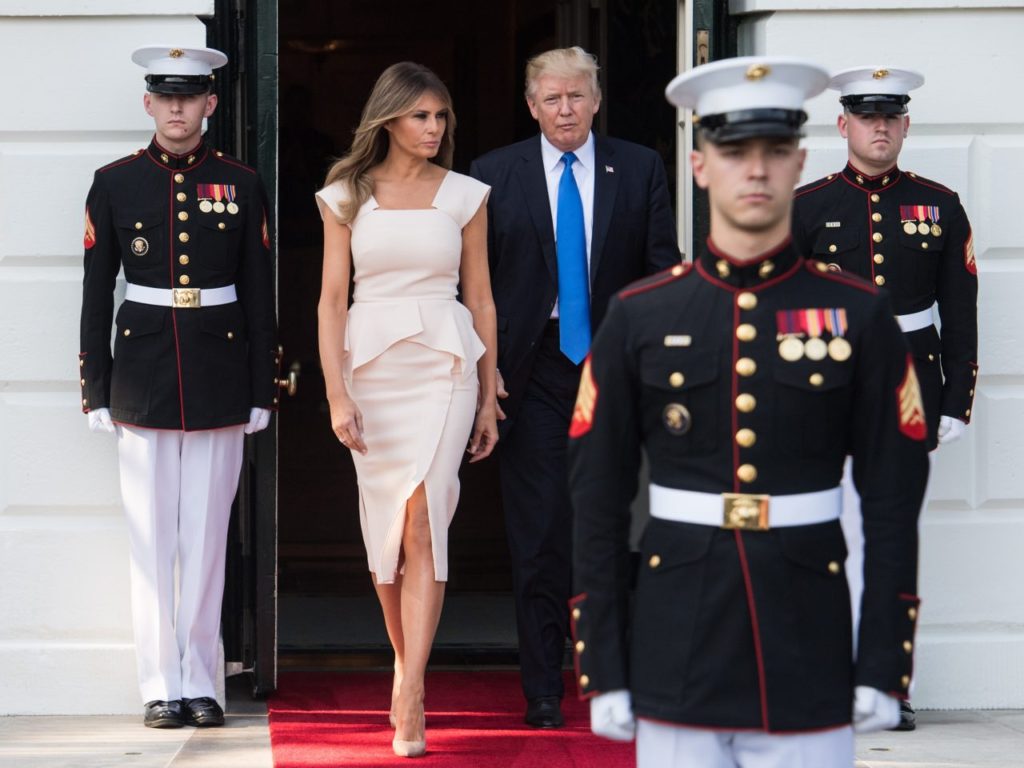 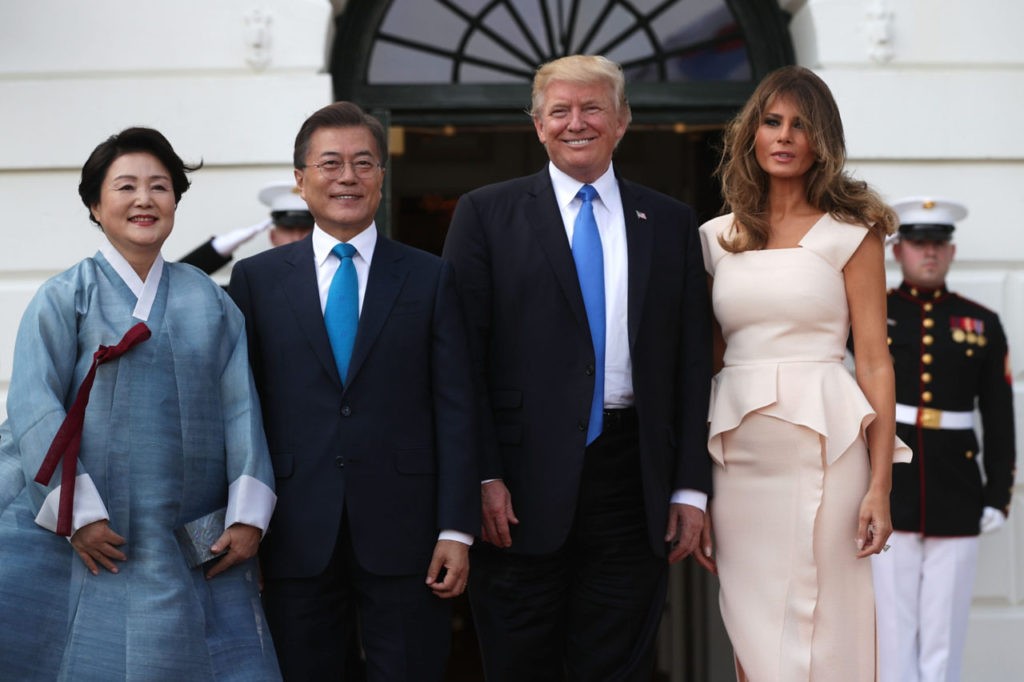 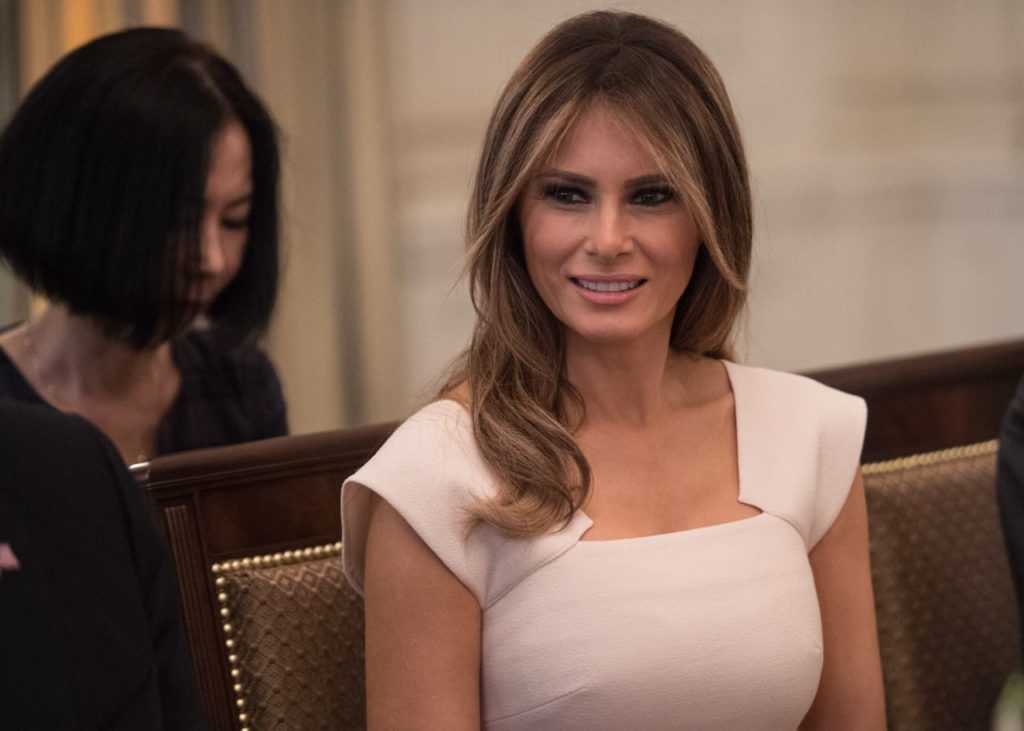 In that ensemble, Melania similarly kept her accessories paired back, wearing just a nude-toned clutch and nude stilettos with light, pale makeup. 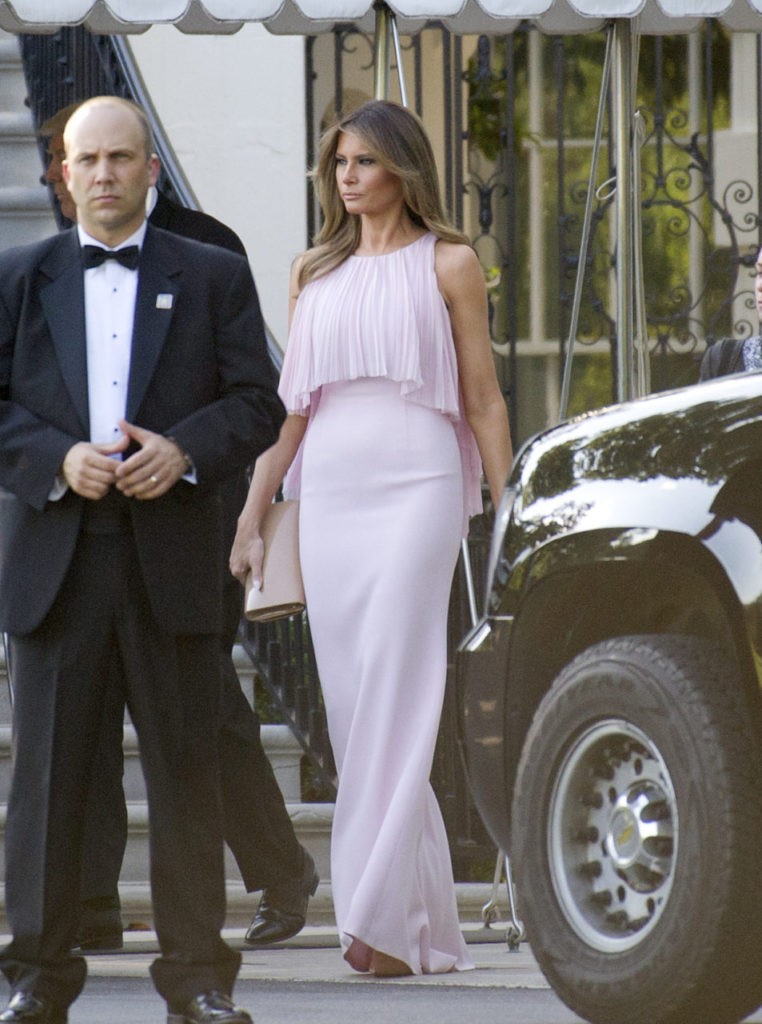 Both outfits are in stark contrast to Melania’s bold and bright luxury Emilio Pucci gown she wore to greet India Prime Minsiter Modi at the White House earlier in the week, as Breitbart News reported.