The topic of illegal immigration in America is getting another Hollywood treatment with ABC’s announcement Wednesday that it’s developing a comedy series about an undocumented family.

The sitcom, tentatively titled Sanctuary Family, centers on a husband and wife who constantly clash over the chaos created when they provide sanctuary for their undocumented nanny and her family, Deadline reports. The two families slowly come to learn that their similarities far outweigh their differences.

The ABC comedy joins a growing number of network and cable projects that take on the hot-button political issue of immigration and illegal aliens in America.

Two undocumented immigrant-focused dramas are in the works at CBS and The CW from Golden Globe Award-winning actress and activist Gina Rodriguez.

The CBS project, Have Mercy, follows a Latina doctor who, after being unable to practice when she immigrates to Miami, begins running a makeshift clinic in her apartment to serve the community. The CW series, titled Illegal, is a lighthearted hourlong “undocumented family sitcom” centered on a 16-year-old boy struggling to come to grips with his and his family’s undocumented status.

The two shows will be co-produced by Rodriguez’s I Can & I Will Productions, as part of an overall deal she struck with CBS Productions. 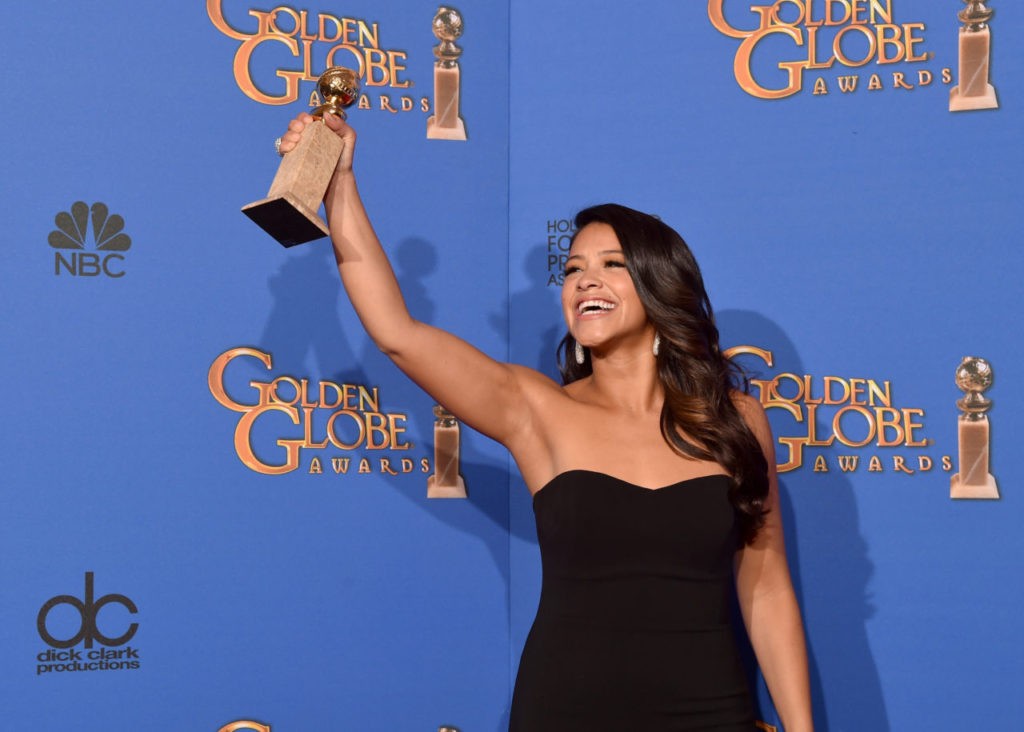 Actress Gina Rodriguez, winner of Best Actress in a TV Series, Musical or Comedy for ‘Jane the Virgin,’ poses in the press room during the 72nd Annual Golden Globe Awards at The Beverly Hilton Hotel on January 11, 2015 in Beverly Hills, California. (Kevin Winter/Getty Images)

CBS is also developing the comedy Welcome to Maine, about a ninth-generation Maine family and an immigrant family forced to share the same workplace in a tiny rural northeast town.

From Fox, In the Country We Love centers on a woman whose family had been deported to Colombia, based on the memoir by Jane the Virgin‘s Diane Guerrero.