Actor George Clooney says he is “furious” over the numerous sexual harassment and assault allegations leveled against disgraced film producer Harvey Weinstein this month, telling NBC News in an interview Tuesday that media outlets that knew about Weinstein’s behavior and didn’t cover it should be held responsible for what happened.

Clooney, who got a big break in Hollywood in the Weinstein-produced 1996 film From Dusk Til Dawn, said that most of the rumors of Weinstein’s behavior he had heard had come from the producer himself.

“He would say, ‘I had an affair with this actress, or that actress.’ And I took all of that with a grain of salt. I thought he might have been chasing them,” Clooney said in a press appearance for his upcoming film Suburbicon Tuesday.

“Somebody knew,” Clooney added. “There were people that brought young actresses to his hotel room. Whoever had that story and didn’t write it should be held responsible. I want to know what kind of ad dollars were spent from The Weinstein Company and from Miramax, because we should have known this. This is violating women, this is assault. This is silencing women.”

When asked whether he was angry about the allegations against Weinstein, Clooney replied that he was “furious.”

“Yeah, he’s mean to work with, I knew that for a fact,” he went on. “But the idea that he’s committed these kind of atrocities. I want to know who knew.”

Since the decades of allegations against Weinstein were first reported by the New York Times this month, numerous celebrities have come forward to say that they knew about the movie mogul’s alleged behavior and remained quiet, for various reasons. 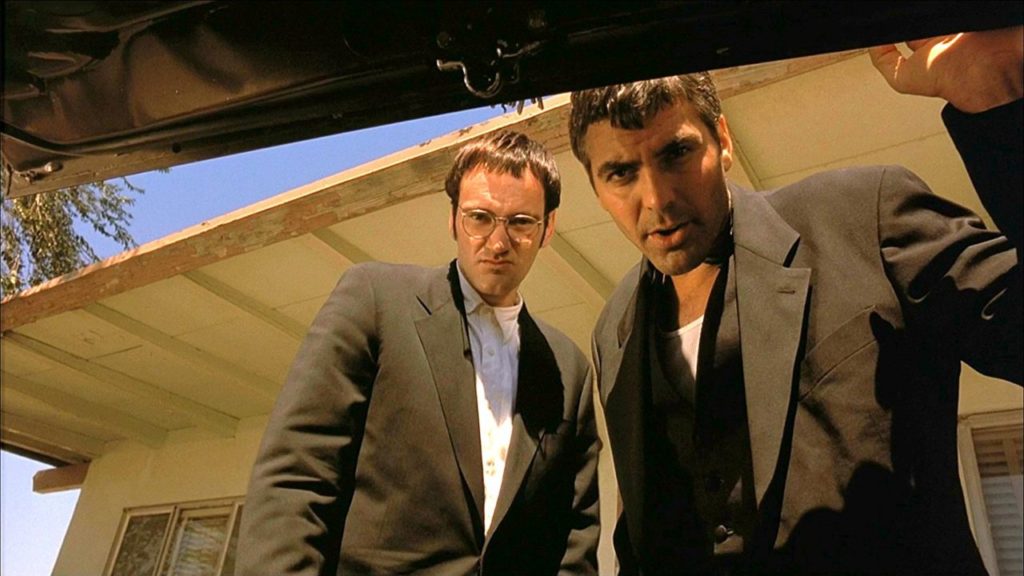 Clooney starred as outlaw Seth Gecko, alongside Quentin Tarantino, in the Weinstein-produced 1996 film ‘From Dusk Til Dawn.’ (Miramax)

Director and frequent Weinstein collaborator Quentin Tarantino said this month that he had known “enough to do more” than he did throughout the years, including about an incident with his ex-girlfriend Mira Sorvino, while screenwriter Scott Rosenberg, who wrote the film Beautiful Girls for Miramax in the 1990s, wrote on social media this month that “everybody f*cking knew” about Weinstein’s behavior.

Clooney himself was the subject of accusations this month from an actress on his former television series ER, who accused the actor of helping to blacklist her from the business after she spoke up about alleged harassment she had endured on set. Clooney vehemently denied the allegation.

In a Monday interview, Matt Damon — who also spoke to NBC’s Today on Tuesday — said he knew about Weinstein’s alleged harassment of Gwyneth Paltrow, but had only heard about it second-hand, from friend and fellow actor Ben Affleck. Still, Damon maintained he did not know the extent of the producer’s alleged crimes.

“I’ve been reading these stories, because I’m racking my brain; ‘Did I see something? Could I have known something? Is there something I could have done?'” Damon said Tuesday.

In the NBC interview Tuesday, actress Julianne Moore said the focus of the Weinstein saga should be on what could be done now, and not what happened in the past.

Watch the full segment above.