Even the estimates of a $7 million to $10 million opening weekend for Suburbicon felt generous. And were they ever. Despite a ton of publicity and placement on over 2,000 screens, George Clooney’s embarrassing attempt at being a third Coen brother went down in flames. Placing in ninth(!) place, Deadline projects a devastating opening weekend of just $3 million.

Also going down in flames is Thank You for Your Service, which was written and directed by Jason Hall, whose other claim to fame this weekend is a prominent place in part two of Patrick Courrielche’s outstanding Tinseltown Travelogue (part three publishes Sunday). Let us just say that Mr. Hall finds some wars-on-women more equal than others.

Despite its glowing presence in 2,046 theaters, Thank You for Your Service managed an opening haul of just $4 million. Working against it were many things, not the least of which was a trailer that screamed TV MOVIE. Also, unless you are Clint Eastwood or Mark Wahlberg, for dozens of reasons, America does not trust Hollywood to lecture us about our veterans.

Finally, there was the presence of box office poison Amy Schumer. Understandably (see: poison, box office) the filmmakers downplayed her role, but the Internet makes it much harder for Hollywood to sucker punch us. 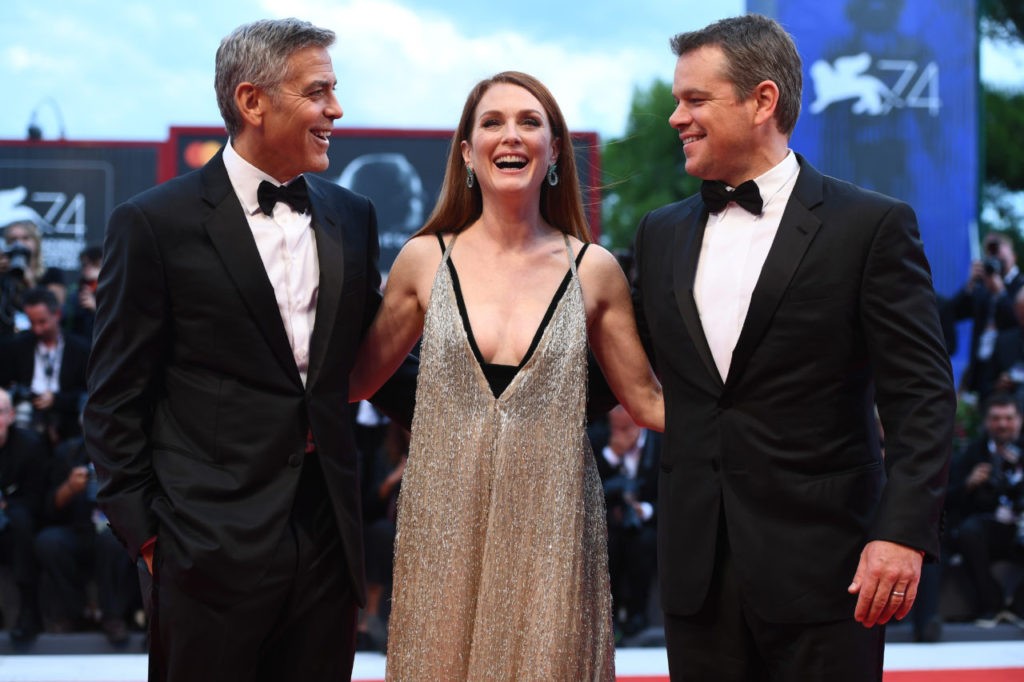 Matt Damon, Julianne Moore and George Clooney walk the red carpet ahead of the ‘Suburbicon’ screening during the 74th Venice Film Festival at Sala Grande on September 2, 2017 in Venice, Italy. (Gavan/Getty Images)

Overall, other than the horror movie It, which has so far over-performed to the tune of a jaw-dropping $323 million, 2017’s horrible summer has not slowed down in the fall. Jigsaw, a low-budget entry meant to resurrect the Saw franchise, underperformed this weekend with just a $16 million opening. That is $6.5 million below its predecessor, 2010’s Saw 3D. 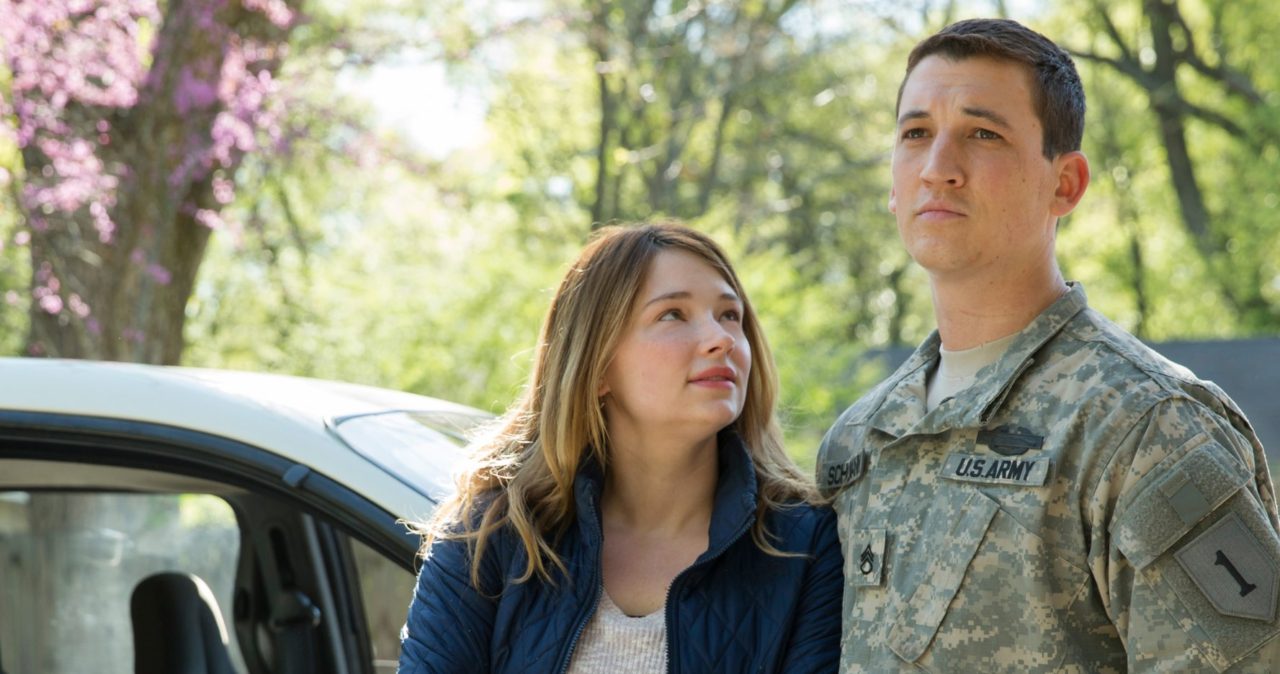 Miles Teller and Haley Bennett in Thank You for Your Service (Universal Pictures, 2017)

Before all of this weekend’s crushing disappointment, the massive-budgeted Blade Runner 2049 and Geostorm also tanked.

Things are so bad, the 2017 year-to-date box office is trailing behind four of the last five years and barely ahead of the catastrophic year that was 2014.

The news, however, is especially bad for Clooney. Prior to Suburbicon, the director’s 2011 The Ides of March was his worst wide-opening ($10 million) as a director. This $3 million opening is also the worst opening ever (in over 2,000 theaters) for star Matt Damon.

Working against Clooney is his politically divisive personality and his track record. In this age of an ever empowered new media, the Hollywood bubble and mainstream media no longer have the power to con American moviegoers into believing he’s a modern-day Cary Grant and genius auteur. The movies he directs are just not very good. Fans of 2002’s Confession of a Dangerous Mind should be reminded that Clooney did not write that script.

Also working against Suburbicon is its Harveywood problem. Both Clooney and Damon got their start with Harvey Weinstein. Damon’s affiliation with the alleged serial-predator is so strong it is impossible to think of one without the other.

Although both men were close Weinstein colleagues at the height of his power during the golden age of Miramax, their protestations of knowing nothing were widely met with social media skepticism. Damon certainly did not help himself or Suburbicon with his conflicting statements.

All Harveywood eyes now turn to Justice League, a franchise of massive importance to Warner Bros. and to the industry as a whole — if 2017 has any chance at being salvaged. As of now the $250 million superhero extravaganza is projected to open at $110 million, which is solid but about half of the other superhero assembly it most closely mirror, Marvel’s Avengers.

Working against that potential opening is a box office tracking system that seems more geared towards hype than accuracy, and massive Harveywood problem. Let us just leave it at Buttman and Whedon.