Left-wing, anti-Trump comedian Aziz Ansari, star of Netflix’s Master of None, has been publicly accused of sexual misconduct. He joins Louis CK, Danny Masterson, Kevin Spacey, and the company itself on the growing list of Netflix staffers accused of inappropriate behavior.

Ansari, who advertises himself as a woke male feminist, is denying allegations that he behaved inappropriately with an unnamed 23-year-old woman who told Babe.net the story of her date with Ansari.

The two met at a party and about a week later went out for dinner. According to the woman, who Babe.net calls Grace, “Ansari was eager for them to leave” the dinner and get back to his New York apartment:

He said something along the lines of, ‘How about you hop up [on the counter] and take a seat?’” Within moments, he was kissing her. “In a second, his hand was on my breast.” Then he was undressing her, then he undressed himself. She remembers feeling uncomfortable at how quickly things escalated.

When Ansari told her he was going to grab a condom within minutes of their first kiss, Grace voiced her hesitation explicitly. “I said something like, ‘Whoa, let’s relax for a sec, let’s chill.’” She says he then resumed kissing her, briefly performed oral sex on her, and asked her to do the same thing to him. She did, but not for long. “It was really quick. Everything was pretty much touched and done within ten minutes of hooking up, except for actual sex.”

Grace adds that, “He probably moved my hand to his d*ck five to seven times. He really kept doing it after I moved it away” [emphasis original]. She describes the overall encounter as, “30 minutes of me getting up and moving and him following and sticking his fingers down my throat again. It was really repetitive. It felt like a f*cking game.” 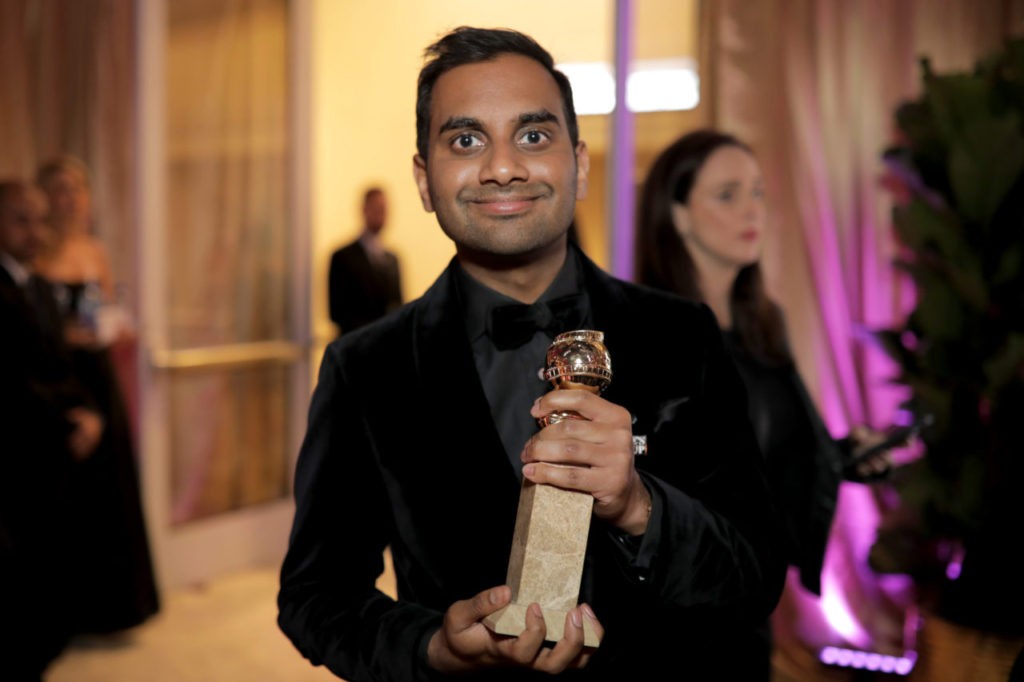 Aziz Ansari attends the Official Viewing and After Party of The Golden Globe Awards bosted by The Hollywood Foreign Press Association on January 7, 2018 in Beverly Hills, California. (Greg Doherty/Getty Images) 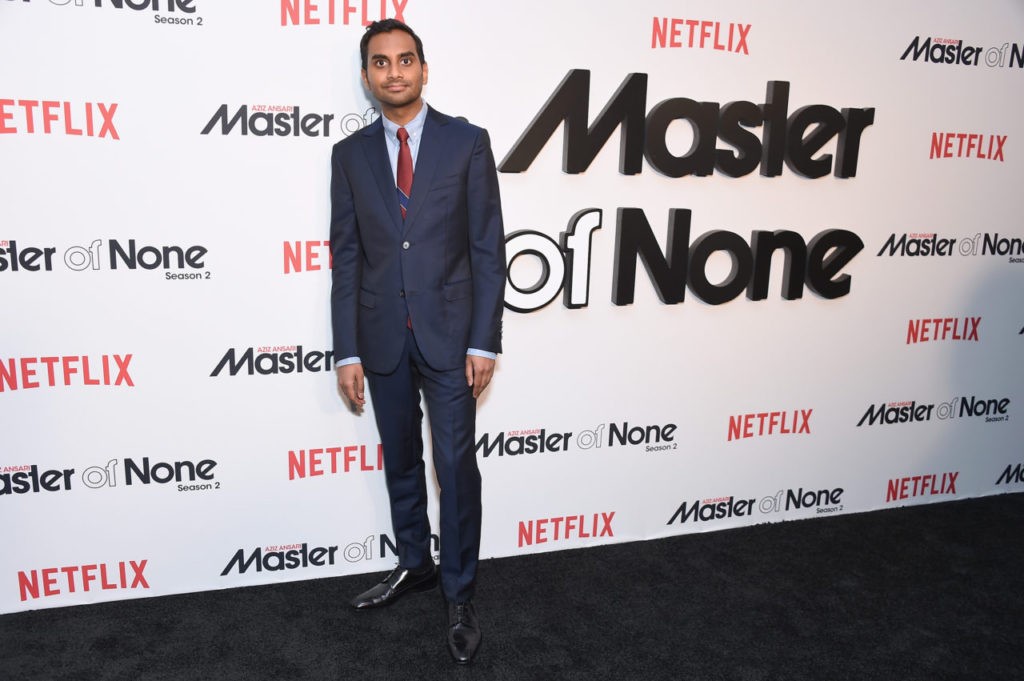 According to Grace, he was shoving his fingers in her mouth after using those same fingers to penetrate her vagina.

Grace says she never came right out and said, “No,” but “says she used verbal and non-verbal cues to indicate how uncomfortable and distressed she was.”

After a five-minute escape in the bathroom, Grace says she told Ansari, “I don’t want to feel forced because then I’ll hate you, and I’d rather not hate you.”

Babe.net says that this “moment is particularly significant for Grace, because she thought that would be the end of the sexual encounter — her remark about not wanting to feel ‘forced’ had added a verbal component to the cues she was trying to give him about her discomfort.” She claims that Ansari responded in the exact opposite way she expected.

He “instructed her to turn around… sat back and pointed to his penis and motioned for me to go down on him. And I did. I think I just felt really pressured. It was literally the most unexpected thing I thought would happen at that moment because I told him I was uncomfortable.” Then he said, “Doesn’t look like you hate me.”

She declined. They then got dressed and watched some TV. But “he kissed her again, stuck his fingers down her throat again, and moved to undo her pants.” At this point she got up and left. 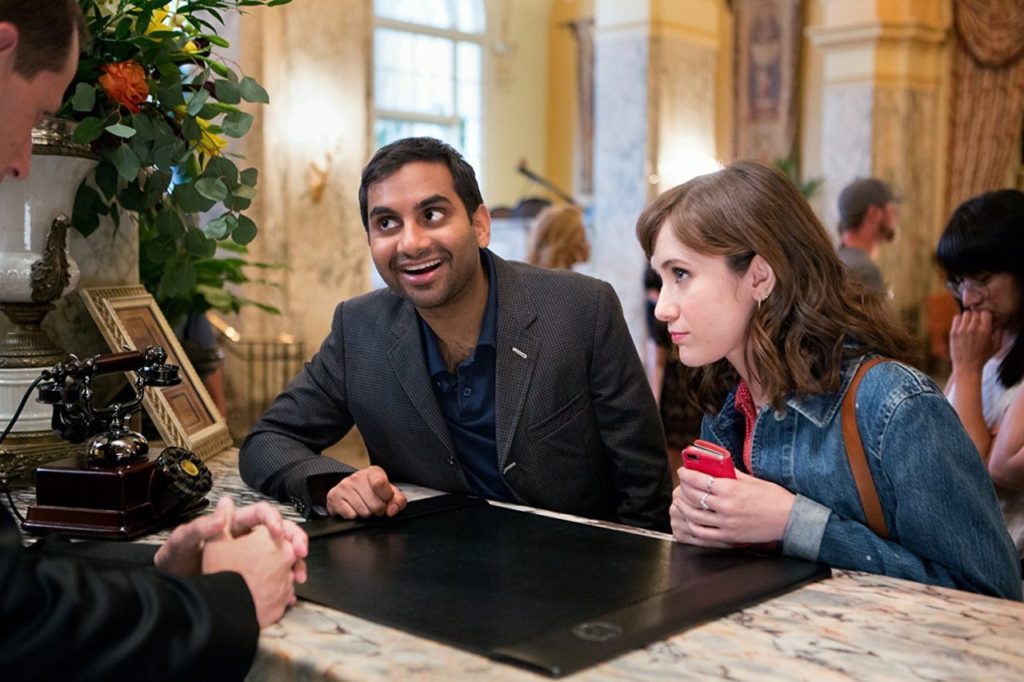 Ansari created and stars in Netflix’s ‘Master of None,’ in which he plays New York City actor Dev. (Netflix)

Babe.net spoke with a number of Grace’s friends who verified that she told them about the troubling encounter at the time, some five months ago. Also included in the report are text messages between the two of them including one where Grace castigates the recent Golden Globe winner for ignoring her “clear non-verbal cues; you kept going with advances.” She added, “I want to make sure you’re aware so maybe the next girl doesn’t have to cry on the ride home.”

“I’m so sad to hear this,” he texted back. “Clearly, I misread things in the moment and I’m truly sorry.”

Ansari also responded to the Babe.net report. Here is his full statement denying any wrongdoing:

In September of last year, I met a woman at a party. We exchanged numbers. We texted back and forth and eventually went on a date. We went out to dinner, and afterwards we ended up engaging in sexual activity, which by all indications was completely consensual.

The next day, I got a text from her saying that although ‘it may have seemed okay,’ upon further reflection, she felt uncomfortable. It was true that everything did seem okay to me, so when I heard that it was not the case for her, I was surprised and concerned. I took her words to heart and responded privately after taking the time to process what she had said.

I continue to support the movement that is happening in our culture. It is necessary and long overdue. – Aziz Ansari

Netflix, which has already faced criticism over its perceived mishandling of the Spacey and Masterson scandals, has not yet released a statement about these allegations against Ansari.