Last week, actress and star of NBC’s The Black List Megan Boone tweeted that her character on the popular crime drama would “never carry an assault rifle again.” The tweet — which was in response to the shooting at Marjory Stoneman Douglas High School in Parkland, Florida, that saw Nikolas Cruz kill 17 people with a legally purchased AR-15 rifle — posed a glaring question.

Will other pro-gun control Hollywood actors and directors who’ve used firearms in films for years pledge to lay down their guns in future films?

It’s a question that could be asked of the likes of legendary director Steven Spielberg, whose has written, directed, or produced dozens of movies and TV series that have featured the use of guns.

George Clooney pledged to give $500,000 to a gun control march but his career is littered with film roles (at lease a dozen) in which his characters wielded a gun. Will he now pledged to leave guns out of his future projects?

The same question can be asked of actors Jim Carrey, Mark Ruffalo, and Matt Damon, who have all portrayed gun-wielding characters in popular movies but have also advocated for the enactment of more gun laws — reforms that will invariably make it harder for law-abiding citizens to purchase or sell firearms.

Below is a list of Hollywood stars and preeminent filmmakers who used guns on screen while calling for more gun control.

Jim Carrey has spent years making films with characters using guns. But in 2013, Carrey called defenders of the Second Amendment “heartless motherfuckers.” Recently, he has pushed for gun control by sharing original artwork with his 17 million Twitter followers. 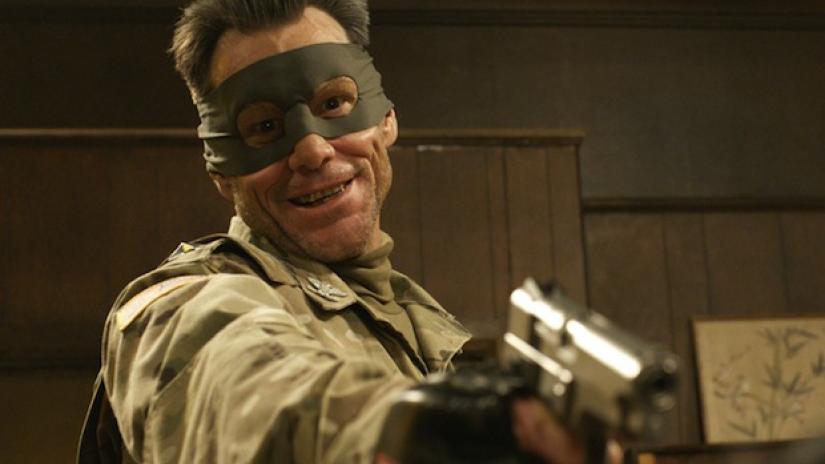 George Clooney has starred in at least 10 films, from The Peacemaker to Ocean’s Eleven to Monuments Men, that saw his character use a gun. But the veteran star is now a vocal advocate for gun control, donating $500,000 to the upcoming student march for gun control, March for Our Lives. 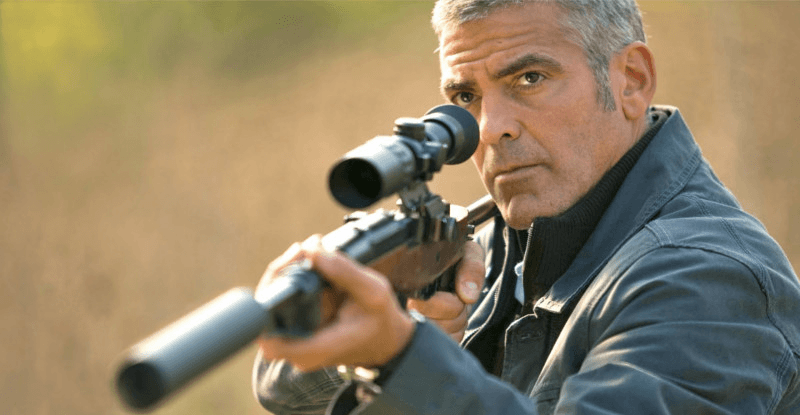 Academy Award-winning actress Jennifer Lawrence has starred in several films featuring her character using firearms — including Winter’s Bone, X-Men: Days of Future Past, and Joy — but has praised the Marjory Stoneman Douglas High School student pushing for gun control and said gun violence in America has nothing to do with the entertainment industry. 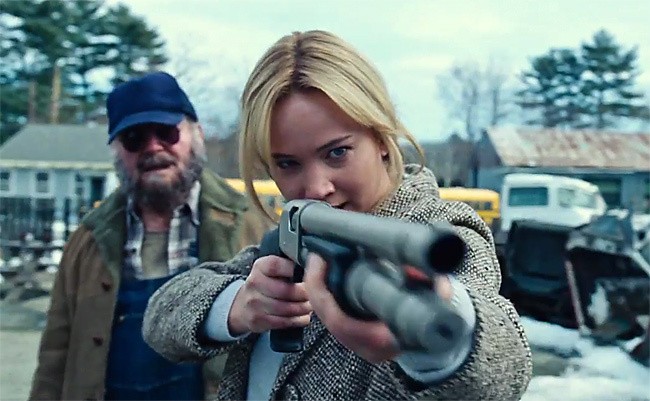 Samuel L. Jackson has spent 30 years wielding guns onscreen in more than 35 films. While the Avengers star has long-advocated for the Second Amendment, he called President Donald Trump a “muthefucka” and mocked his proposal to arm teachers; a proposal that nearly half the country believes is a good idea. 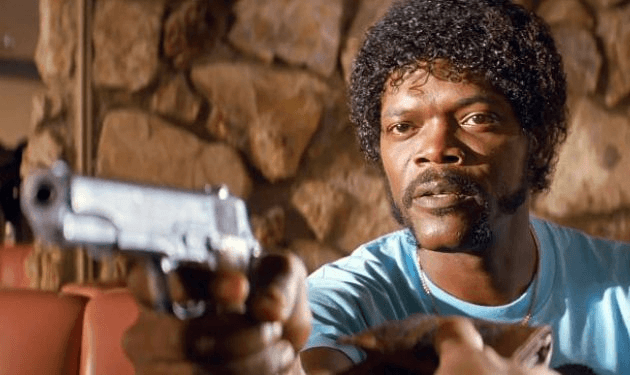 Emma Stone was among the many celebrities urging Americans to “reject the NRA” in the wake of the Las Vegas mass shooting last October.

Director Steven Spielberg has written, directed, or produced more than 60 movies and TV series that have featured the use of guns. But Spielberg, following George Clooney’s lead, is now among the many stars to donate $500,000 to the upcoming student march for gun control, March for Our Lives. 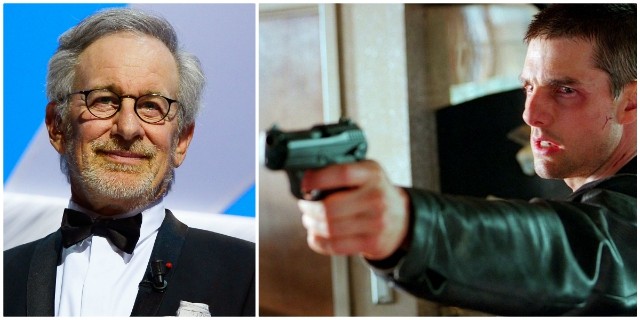 Matt Damon may be best known around the world for his iconic role as gun-wielding CIA agent Jason Bourne but the star has spent years railing against Americans’ right to own guns. Damon praised Australia’s gun ban in 2016 for how it was implemented in “one fell swoop” and said, “I wish that could happen in my country, but it’s such a personal issue for people that we cannot talk about it sensibly.” 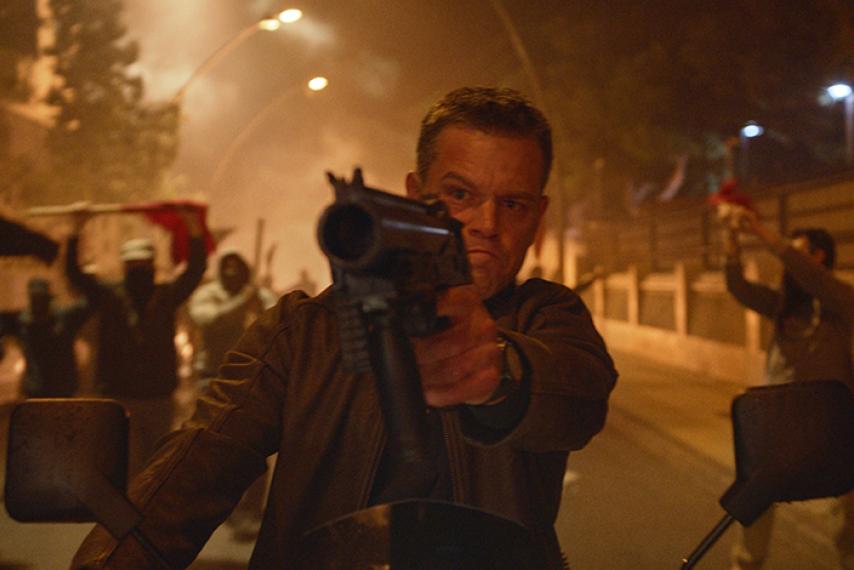 Actress Jessica Chastain’s 2016 gun control film Miss Sloane bombed at the box office but that didn’t stop her from tweeting last October in a now-deleted tweet, “Welcome to America where you’ll wait 6 months for an X-Ray but hey, you can buy an AR-15 in 5 minutes flat.” 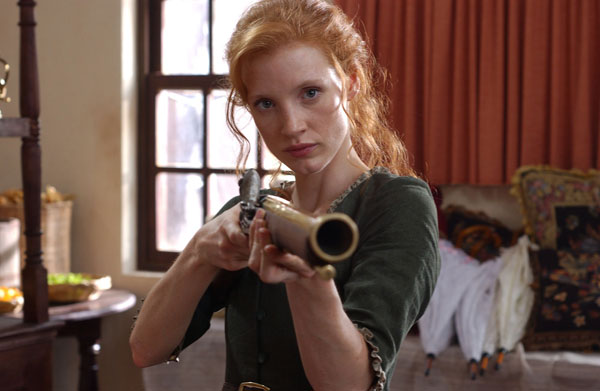 Actress Elizabeth Banks called for gun control in December 2015 after the deadly mass shooting in San Bernardino, California. The Pitch Perfect star tweeted after last year’s Las Vegas mass shooting: “It would be wise to ban assault weapons, high-capacity magazines and silencers. None of which is excessive.” 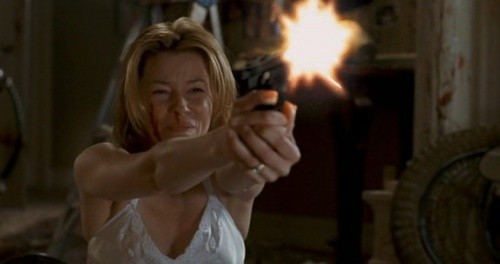 Actor Alec Baldwin called for a national registry of all gun owners in the wake of the Parkland, Florida, shooting. “You are more likely to use a car or emergency vehicle in saving a life. We license/register those cars and their drivers. More likely to need a prescription. We license those who distribute such drugs. We license doctors. Electricians. Lawyers. It’s time to register all guns,” Baldwin wrote on Twitter. 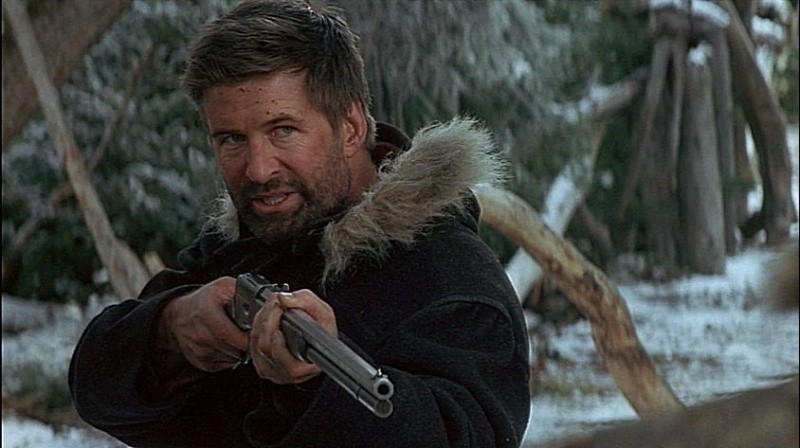 Amy Schumer urged her 6.5 million Instagram followers to vote NRA-funded Congressman out of office, after the Parkland, Florida, shooting. She also asked her fans to donate to the Michael Bloomberg-funded gun control advocacy group Everytown for Gun Safety in lieu of wedding gifts. 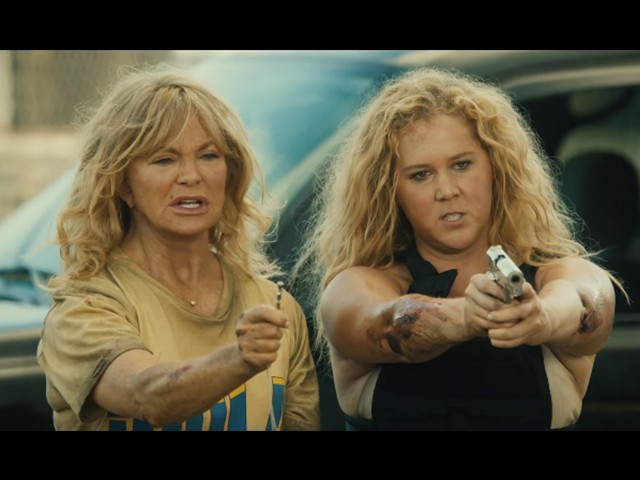 Allyssa Milano is one of Hollywood’s most pro-gun control advocates. The Charmed star called for “Sensible gun control NOW” after last year’s Vegas mass shooting and currently pushing an effort for to force Amazon to drop the National Rifle Association’s online video channel from its streaming service. 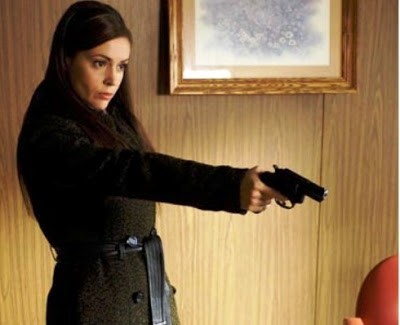 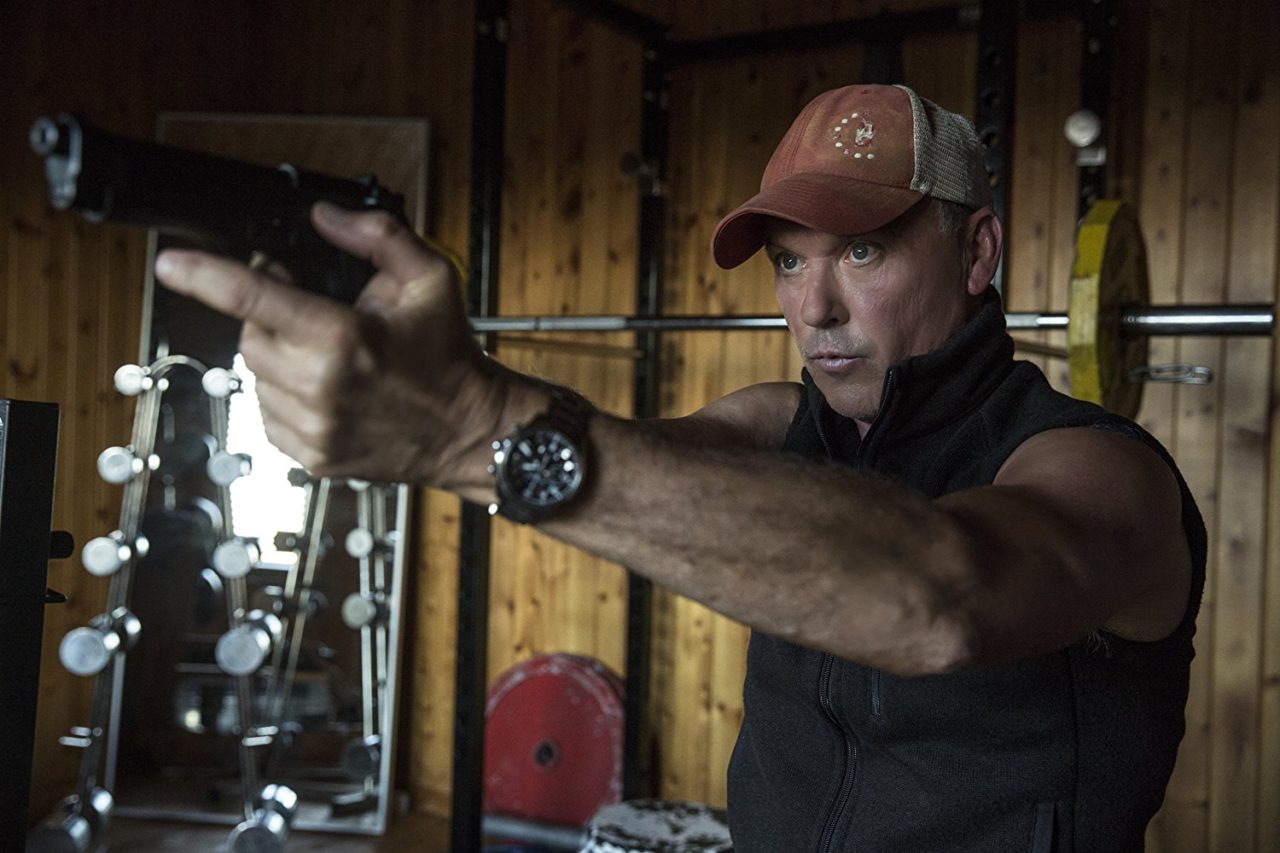 Julianne Moore said in 2016 that gun control “is not a Second Amendment issue! It does not deserve to be hotly debated as such! It is a safety issue!” In October, Moore said she believes there should be “limitations on the amount of firearms you can own” and urged her fans to joined the upcoming march for gun control. 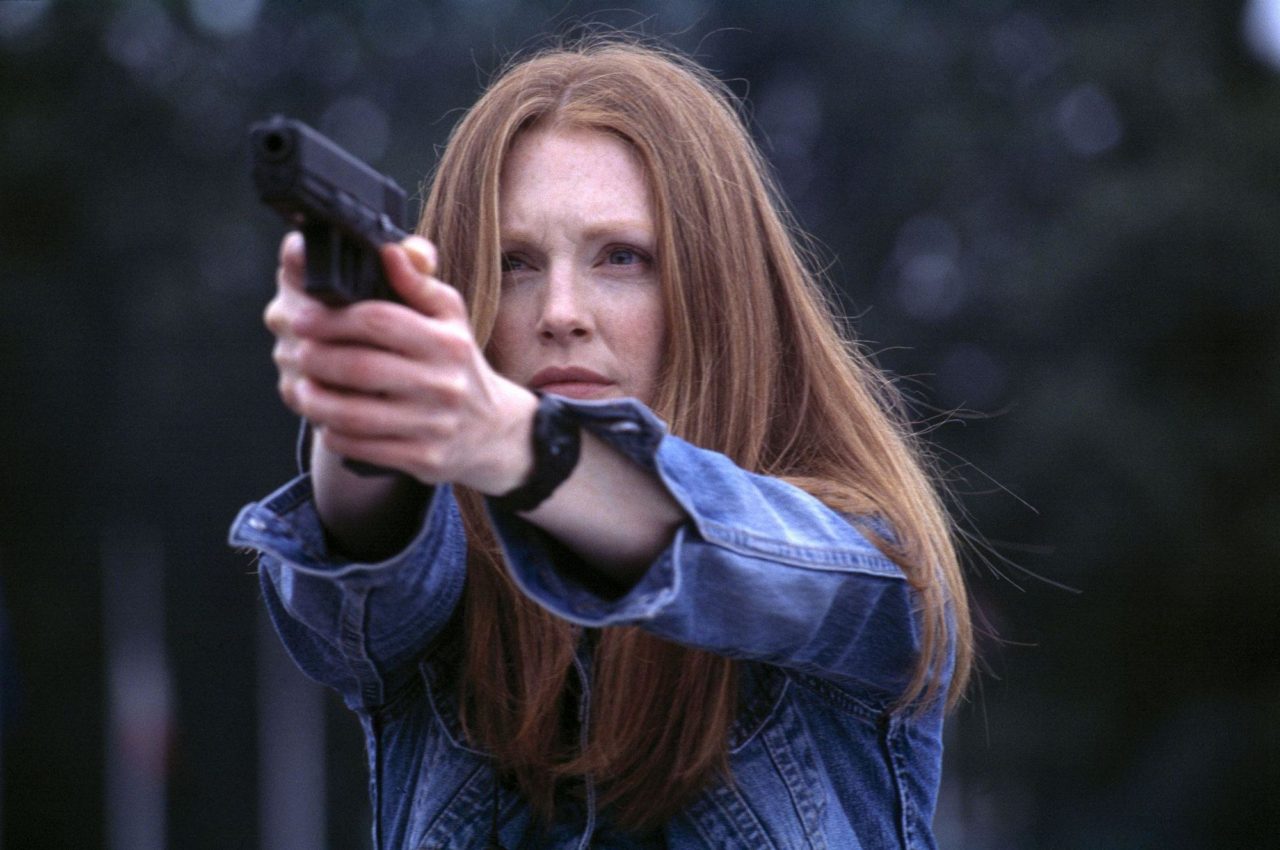 Don Cheadle is a gun owner and has starred in films wielding guns since the 80s but has spent years pushing for more gun control laws. The Avengers star was among the litany of celebrities to join gun control group Everytown’s 2015 push for more gun laws. 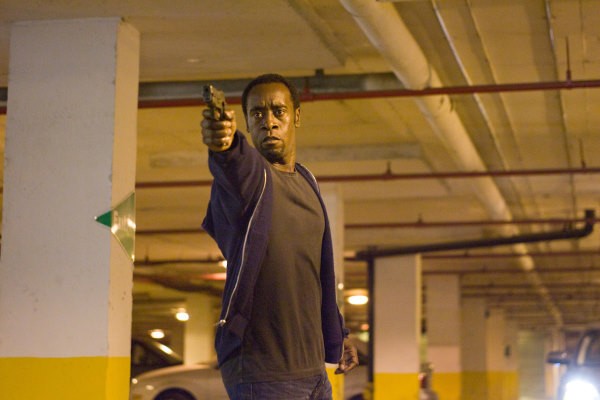 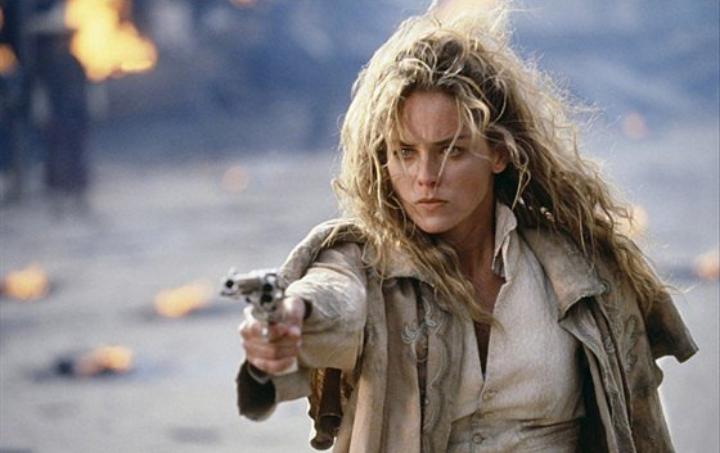 Sharon Stone in The Quick and the Dead (1995,TriStar Pictures)

Mark Ruffalo joined celebrities calling for gun control by mocking those praying for the victims after the deadly Parkland, Florida, shooting tweeting, “Prayers without accordant action are silent lies told to oneself, heard by no God, amounting to nothing. Action is the language of truth, the prayers of the Saints.” 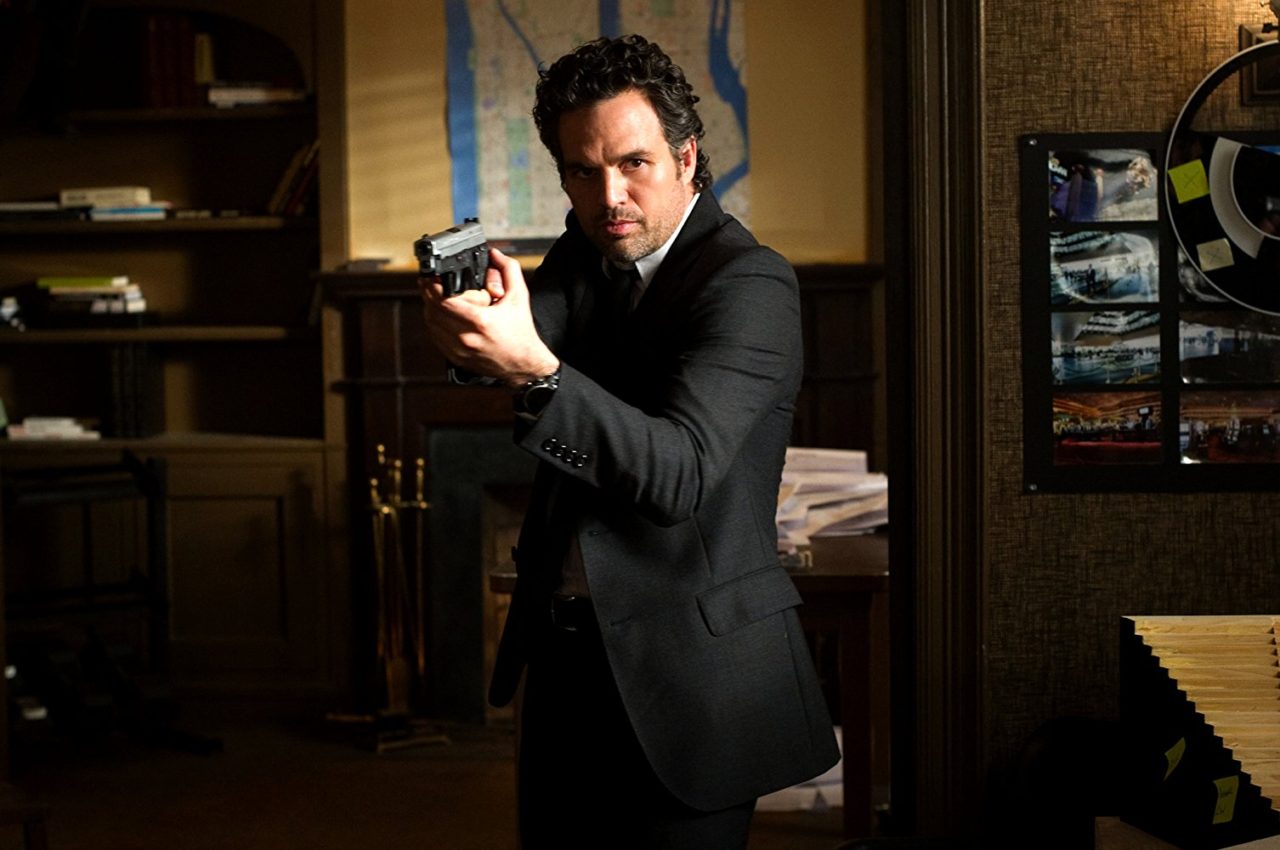 Mark Ruffalo in Now You See Me (2013, Summit Entertainment)

Actor Jeffrey Wright has been a very vocal supporter of gun control, tweeting last week: “Start to talk abolishing the 2nd amendment entirely, then maybe the gun fetishizers will want to compromise.” He called for more gun control mere hours after the Parkland, Florida shooting. 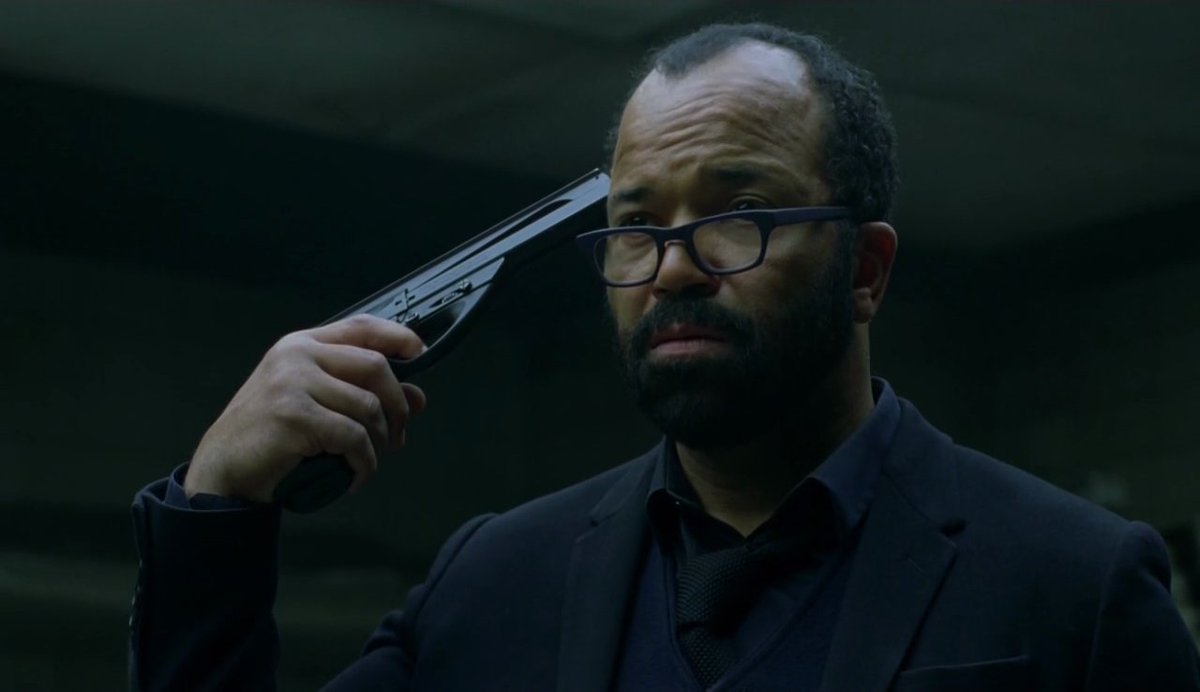 Actor Ron Perlman is both vocal and vile in his support for gun control. The Sons of Anarchy star tweeted and mocked those praying for the victims of last year’s Vegas mass shooting, , “We are rushing to our own funerals. We are eager to blow ourselves up. We are doing all this to ourselves. Think and pray on that!” While Perlman is calling for more gun control almost daily in the wake of the Parkland, Florida, shooting, he’s used guns on screen for years. 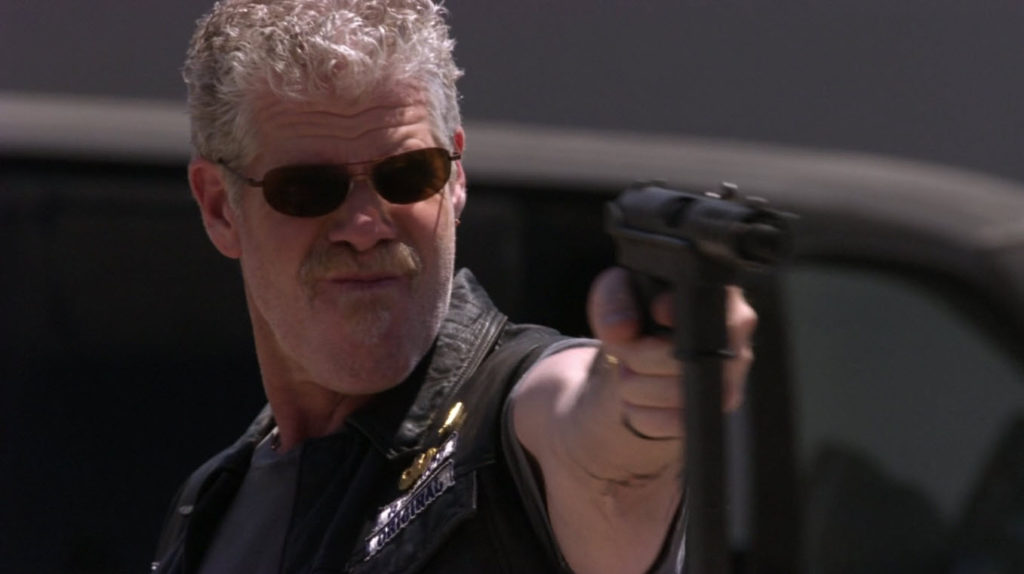 An outspoken supporter of gun control, Debra Messing has joined celebrities calling for a March 1 boycott of the NRA, writing on Twitter: “Since Parkland, 20 corporations have severed their ties to the NRA. @Amazon, @Apple, and @FedEx have not. This Thursday, join us in a nationwide, 24 hour #March1NRABoycott of all three. Don’t shop, don’t stream, don’t ship.” 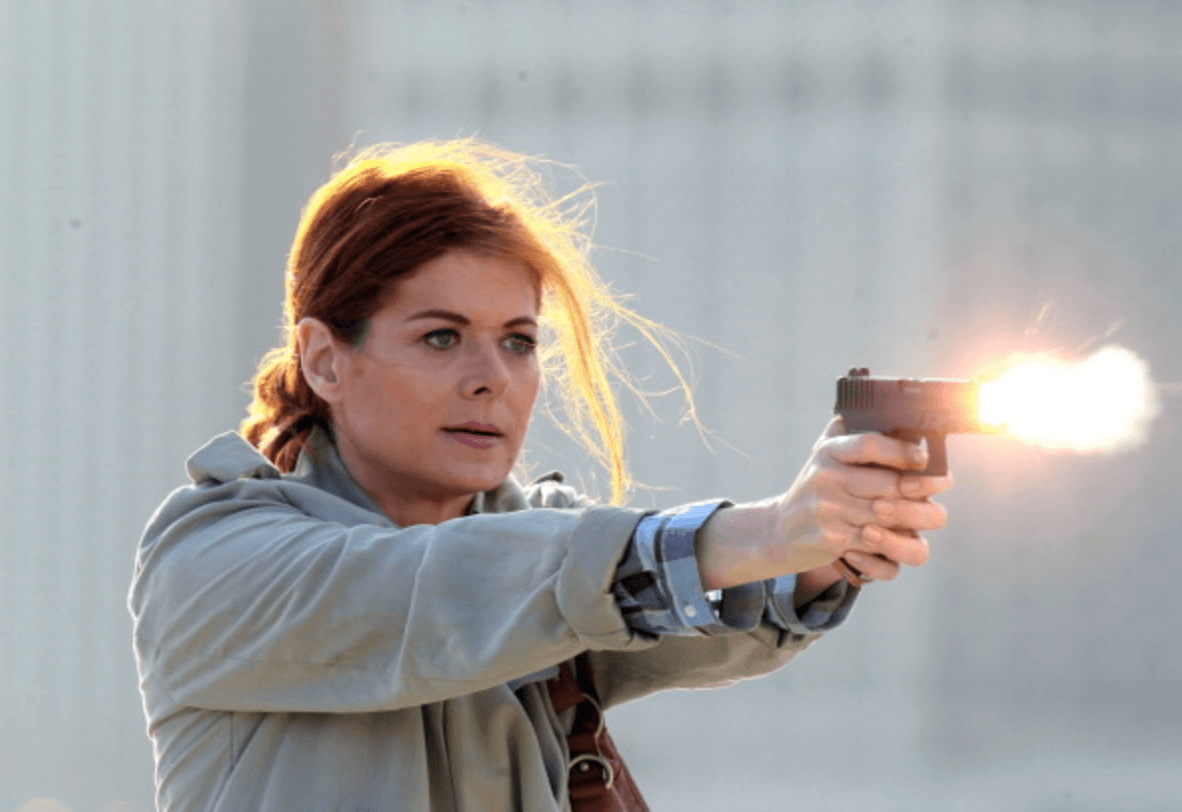 Debra Messing in The Mysteries of Laura (2014, Berlanti Productions)

Veteran actor Kevin Bacon has taken to social media and urged his hundreds of thousands of followers to vote out any congressional lawmaker “beholden to the gun lobby.” 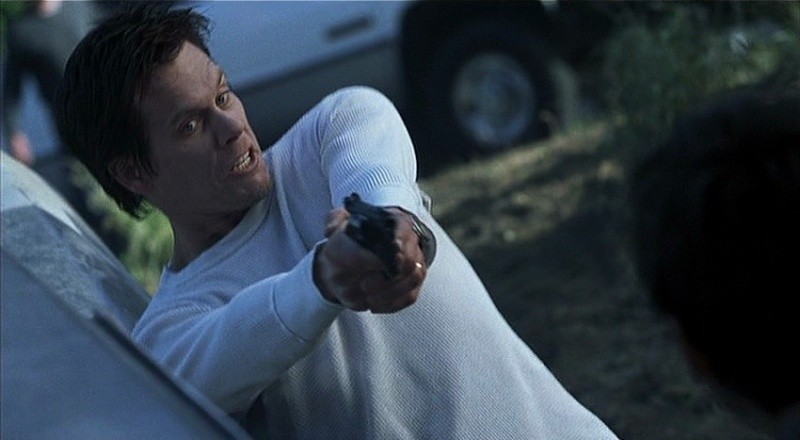 Iconic actress Sally Field took to Twitter and said, “The NRA and the GOP is complicit in every one of these horrifying shootings. They are holding this nation hostage.” 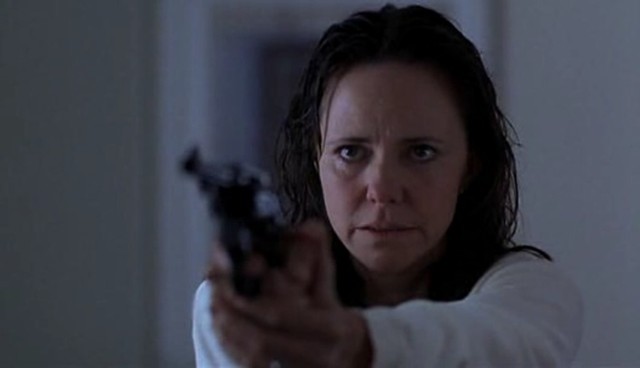 Sally Field in Eye for an Eye (1996, Paramount Pictures)

Actor and activist John Leguizamo has taken to social media of late applauding companies like Bravo for boycotting the NRA and calling for #SensibleGunReformNOW. 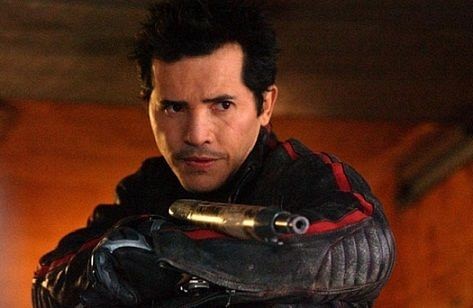 The veteran actor called the NRA a “Bullying organization” in and said the Kennedy administration would “have confronted those bastards and they would have made it real clear that this is not gonna go down.” 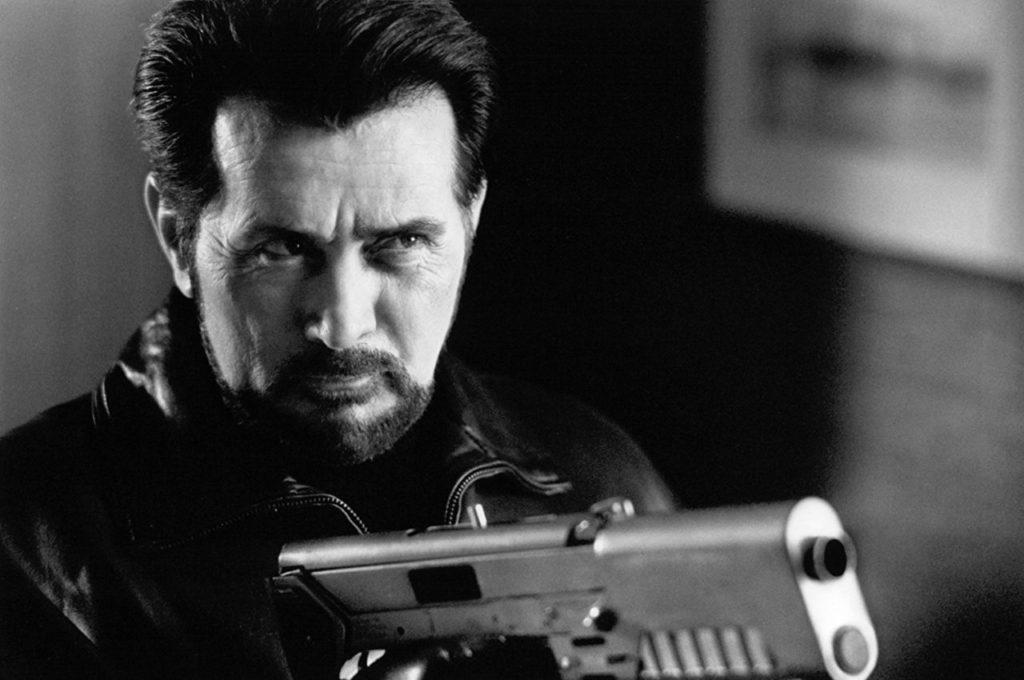 Always vocal about politics, actor Tom Arnold has-longed urged gun control and has ramped up his push after the Parkland shooting. After the suicide of his nephew in 2016, Arnold wrote that “there are people in this country who consider guns to be living, breathing things. They represent liberty to some people, and the Constitution itself. Some even equate guns to religion. A gift to Americans directly from God himself. That sounds crazy to me. It should be on the gun test: If you truly believe your metal tool/explosive device is a gift from above, then you should be deemed insane and unfit to legally own a gun.” 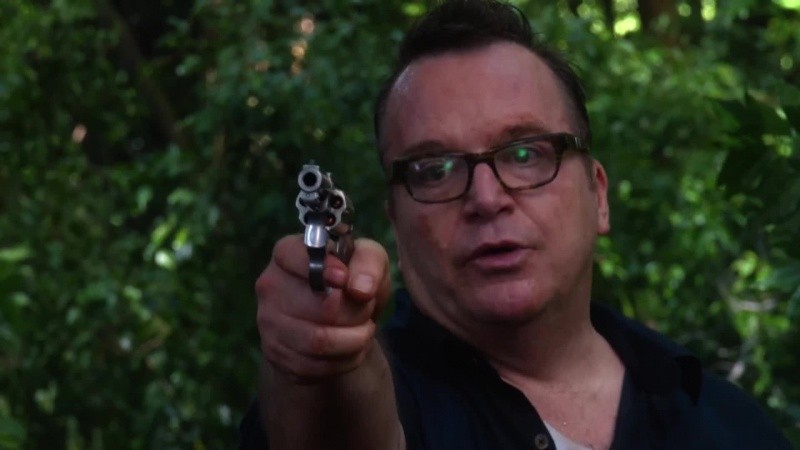