Posters advertising the hashtag #KANYE2024, a photo of rap superstar Kanye West, and the slogan “Keep America Great” are popping up all across America, according to various news reports.

Using social media, Kanye is promoting the posters and furthering the meme.

“Kanye West tore a hole in the fabric of reality this weekend by recognizing the wisdom of YouTuber Candace Owens in the most publicly unfiltered way possible, via Twitter,” the street artists said in a statement.

“Donald Trump has proved to all Americans that clarity of vision and the ability to persuade are much stronger assets for a President than political experience. Kanye appears to get this more than anyone else out there,” the statement said, adding, “Candace Owens is fighting for individual sovereignty, self-responsibility and being recognized by Kanye is a watershed moment for this country. We don’t know if Kanye wants to be President, Trump has proved that it creates a huge amount of enemies, but recognizing universal cultural truths is something that cultural icons are better at than politicians, it’s how they build success.” 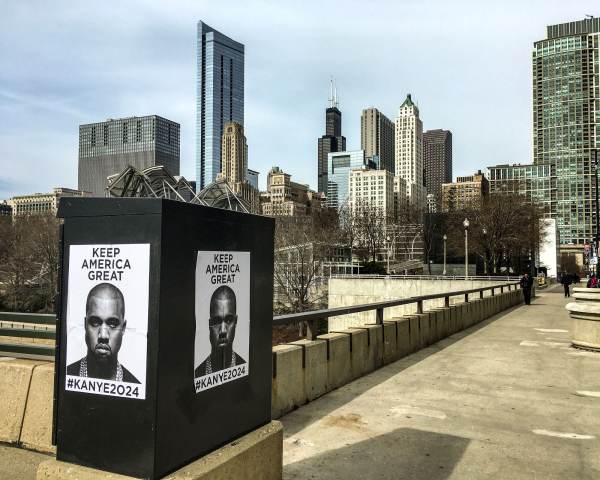 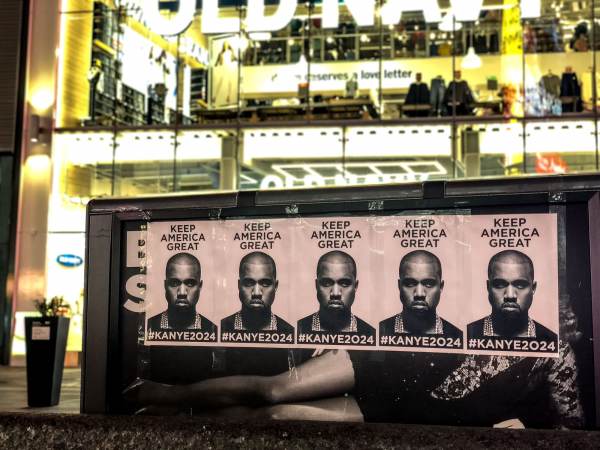 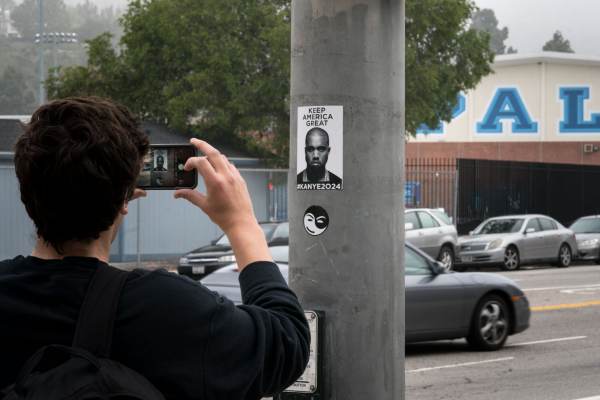 In the past, West has talked about running for president. Originally, he pegged 2020 as the date. After Donald Trump’s 2016 upset, West moved the date to 2024. West is reportedly a Trump fan and therefore would not want to challenge the president’s re-election bid.

According to the posters, which may or may not come from Team Kanye, if he does run it will be to “Keep America Great” after Trump has spent eight years “Making America Great Again.”

West might also be ingeniously promoting an upcoming album.

Even so, the method of this promotion, West’s obvious desire to expand his base of support by capturing the imagination of Trump voters, is worthy of note. Moreover, his recent defense and promotion of Candace Owens, a black conservative, combined with his refusal back down from that support — despite venomous attack from the left that weaponized West’s family and questioned his mental health — has been fascinating to watch.

West’s cultural clout cannot be underestimated. He has over 18 million Twitter followers and a black man of his stature breaking away from the Leftist Thought Plantation is no small deal for a Democrat Party that simply cannot survive unless it continues to garner upwards of 90 percent of the black vote.

West is a direct threat that, as is his wonderfully belligerent (and American) response to those who would seek to personally destroy him.