Back in 2012, The Avengers had six superheroes to juggle, which seemed like an awful lot. This sucker has — count ’em — 18. That means countless subplots, endless character arcs, and a pile of plates to keep spinning, which Infinity War handles admirably well. But it does leave you wanting more, meaning more time with your favorite characters, some of whom have only a handful of lines.

That is probably the whole point, though, because Infinity War is merely part one of a two-part epic. So while you are left frustrated when the credits roll, you are also left with that lovely sense of anticipation that only the movies can deliver.

The evildoer this time is Thanos (Josh Brolin), an environmentalist wacko obsessed with salvaging the natural resources of the universe by murdering half of that same universe’s population. We are talking about trillions of people, aliens and humans alike.

To achieve his diabolical goal, Thanos is hot on the trail of what are called Infinity Stones, each one represents a different power and when all six are brought together Thanos cannot be stopped. Worse still, with the snap of his fingers, he can wipe out those trillions. 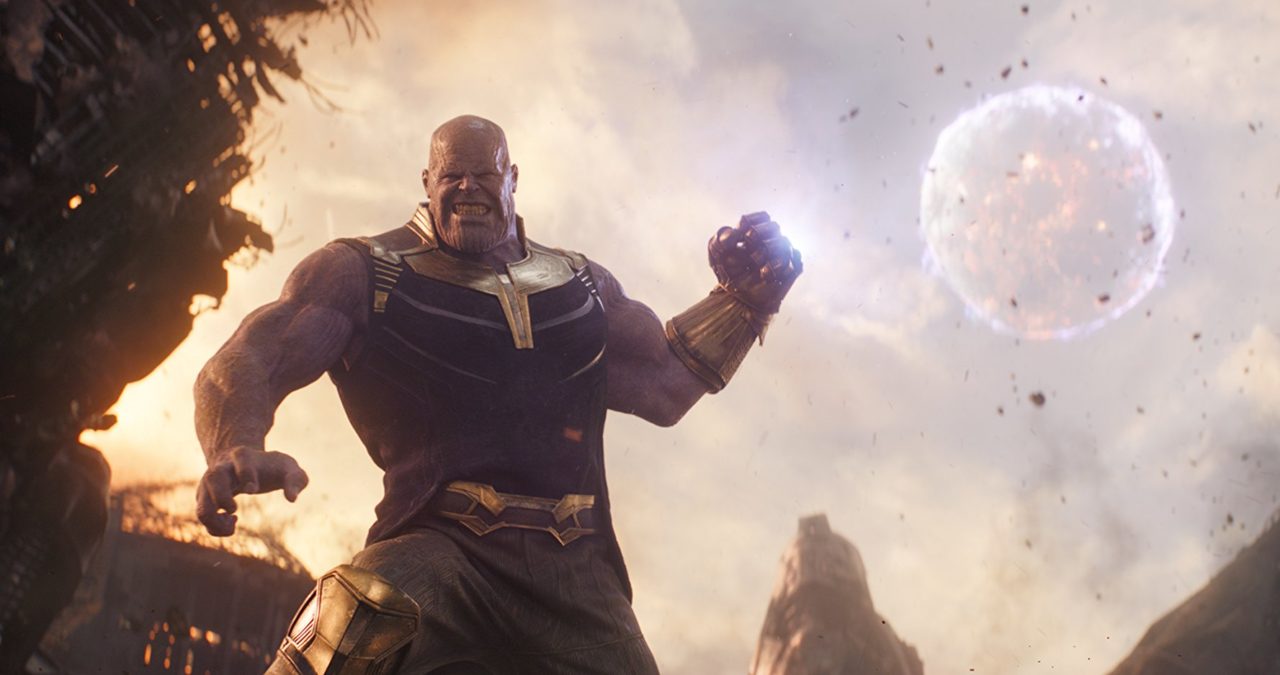 On one planet, Iron Man, Dr. Strange, Spider-Man, and half of the Guardians of the Galaxy do their thing to stop Thanos.

On another planet, Thor and the other half of the Guardians do another thing — something with a moon and an axe. 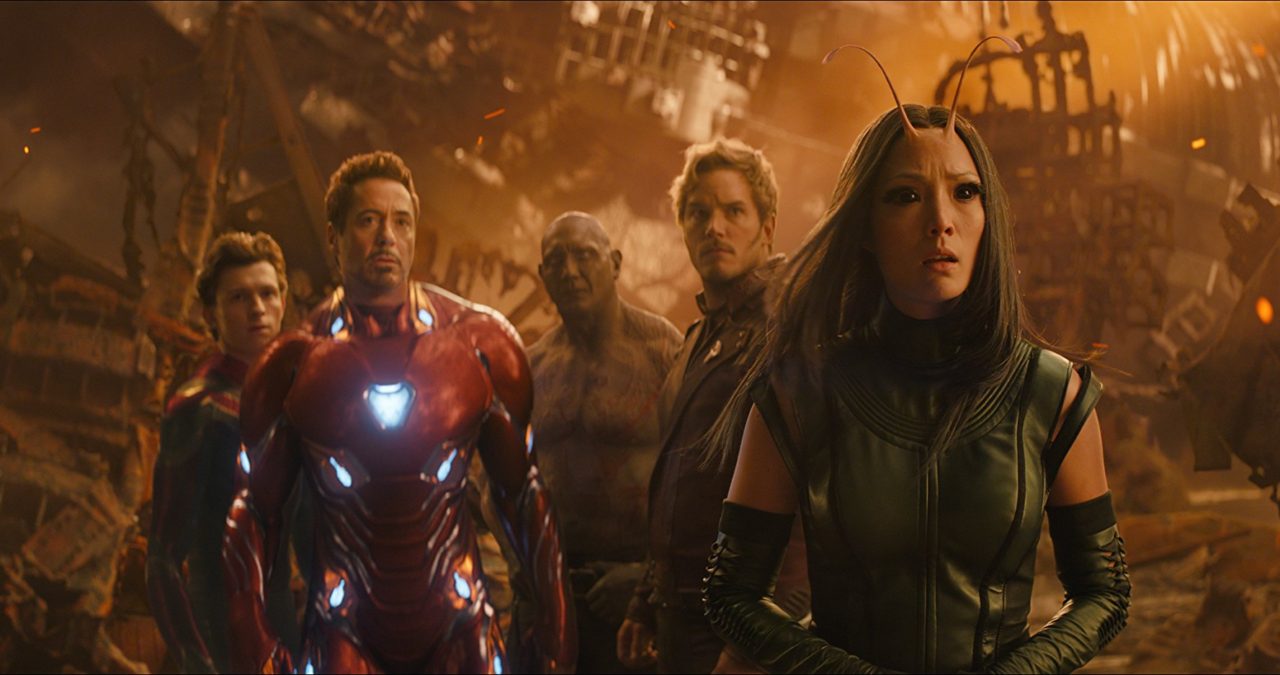 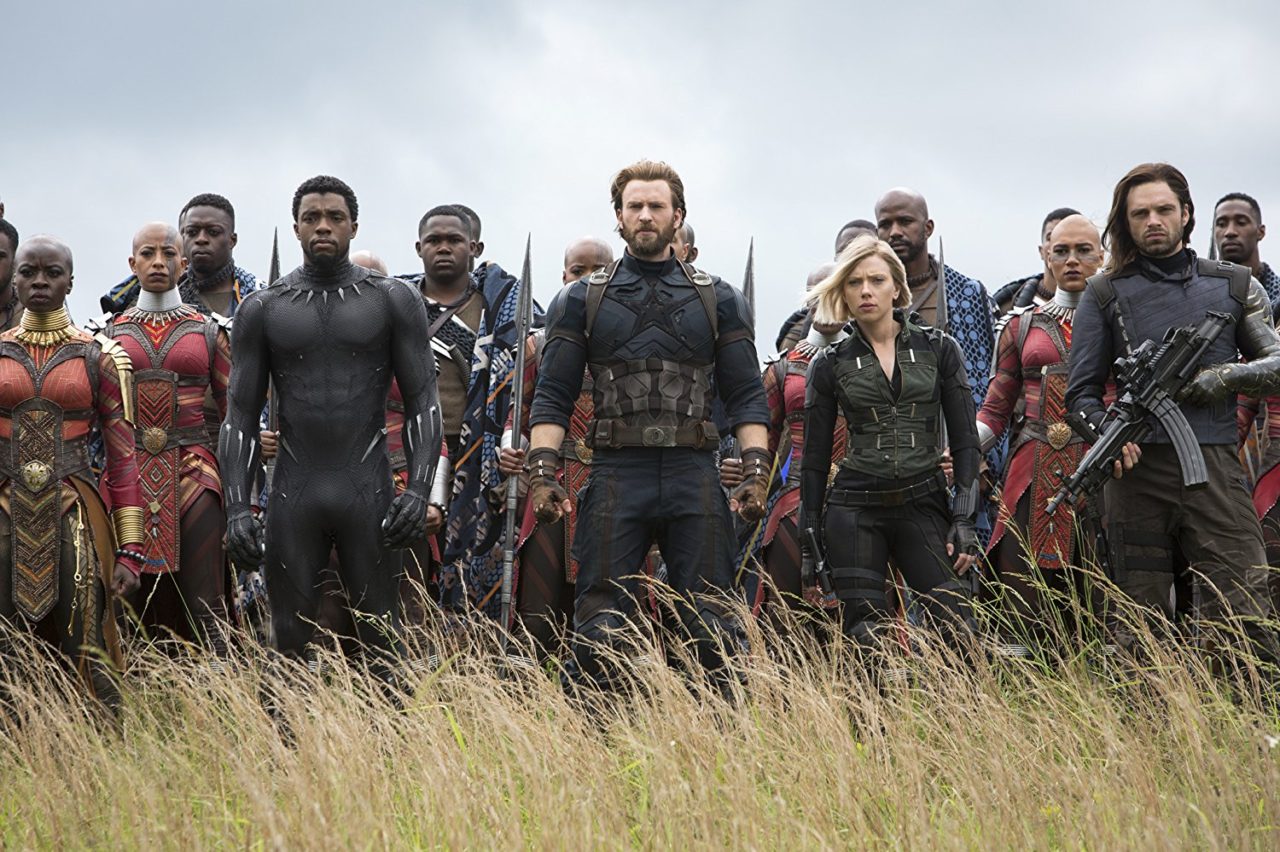 Each is given a moment to shine, to reveal something new about their respective character and the developing relationships. There are plenty of laughs. The 150-minute story only sags a bit in the middle. The action scenes range from confusing to serviceable.

Marvel has certainly delivered better movies than Infinity War. What is more real this time, though, are the stakes. People die. Knowing this is Marvel, we cannot be sure if they die-die.  Characters have died and then come back. Nevertheless, Infinity War leaves you in a dark and anxious place. It is going to be a long year.

I do wish I could talk more about the deaths, especially what those choices might mean. But I know what this ten-year-old franchise means to a lot of moviegoers, and these moments are huge (to say the least), so I do not want to risk ruining it for anyone, even under a spoiler warning.

My biggest complaint is the lack of rules. Thanos, Iron Man, Scarlet Witch, and Dr. Strange are especially annoying. What can’t they do? Each seems to constantly pull a whole new superpower out of their backside, and without boundaries on their respective abilities, you are left watching bright lights, explosions, and an endless supply of dues ex machinas, including the ability to fabricate a different reality and to rewind time.

And so, instead of getting emotionally involved in the action scenes, you are instead bludgeoned by them; left wondering why the loser doesn’t just turn time back 30 seconds for another chance.

There is one moment I truly hated and it involves Star-Lord (Chris Pratt). Again, I do not want to spoil anything. You will know this moment when you see it. Considering the stakes involved, it is completely unbelievable, a rip-off where the need to move the story in a certain direction betrays the intelligence of a well-defined character.

Is Infinity War worth the ten-year wait? Does it pay off after your investment of a decade and some 17 movies?

Those questions cannot be fairly answered until next year. No one fumbled the ball, that is for sure, and I am eager to see where it all ends up, so in that respect, Infinity War kept at least one of its promises.