Actor Ethan Hawke, in an interview on the Late Night with Seth Meyers, said that it’s “hard” in Hollywood to “sell a movie without a gun.”

The star of Training Day and the Magnificent Seven, told Meyers that actors get paid more money for movies with relatively bad dialogue. For example, films based on Shakespeare, where there’s very little money but “there are really good lines” as opposed to an “unmentionable movie that nobody sees and you want people Googling and looking up so you don’t mention the titles, but you get paid a lot for them.”

“There’s also a direct equation — you know there have been people talking so much about gun control in this country,” the Predestination star told Meyers. “And I noticed recently if you put in a column of every movie I ever did where I carry a gun, and every movie where I don’t, and my salary… I really think it would be about 92 percent to 8 percent.” 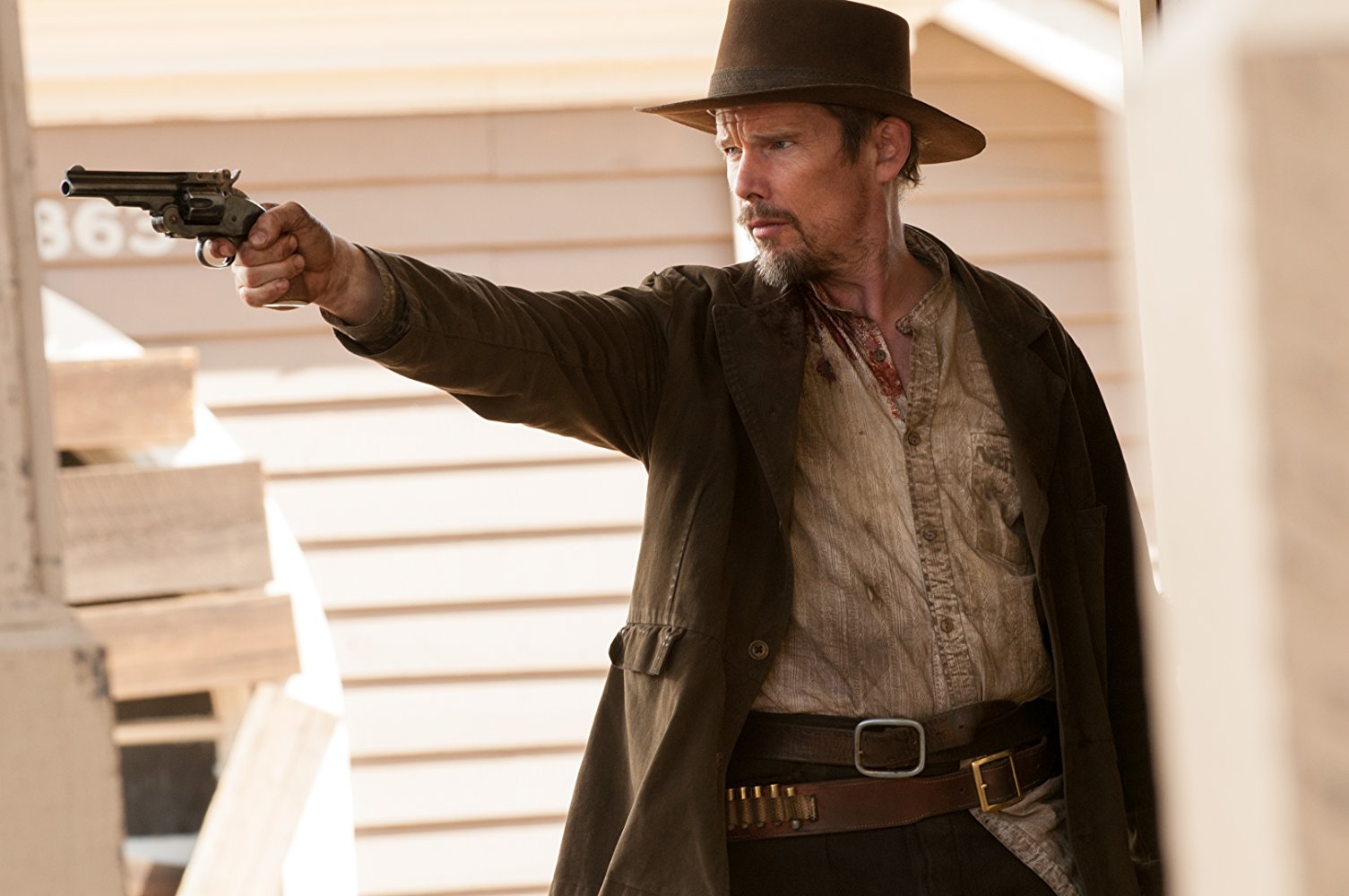 Ethan Hawke in In a Valley of Violence (Universal Pictures, 2016)

That discrepancy, Hawke says, puts into focus why the country is in such distress over the issue of guns.

“You realize how much our identity has been wrapped up, about what we want, and how we see people, and how hard it is to sell a movie without a gun — no wonder we’re in turmoil over this subject,” he said.

According to Business Insider, there were at least 56 Hollywood movie posters prominently featuring guns between the time of the Virginia Tech shooting in 2007, and June of 2016.

According to filmmaker Abigail Disney, “The gun is the leading character in the blockbuster Hollywood film. The gun brings in more in box office than George Clooney, Chris Pratt or Quentin Tarantino could ever hope to generate.”