Pop megastar Ariana Grande is defending the hardcore gun control activism she pushed in the wake of the Manchester concert bombing, on May 22, 2017 — a suicide attack that killed 22 innocents.

In an interview with Elle magazine, Grande defended her decision to support the March for Our Lives gun control movement, earlier this year, as well as Black Lives Matter.

“There’s a lot of noise when you say anything about anything. But if I’m not going to say it, what’s the fucking point of being here?” Grande said according to Fox News, which quoted the interview.

“Not everyone is going to agree with you, but that doesn’t mean I’m just going to shut up and sing my songs,” the “Side to Side” singer said. “I’m also going to be a human being who cares about other human beings; to be an ally and use my privilege to help educate people.” 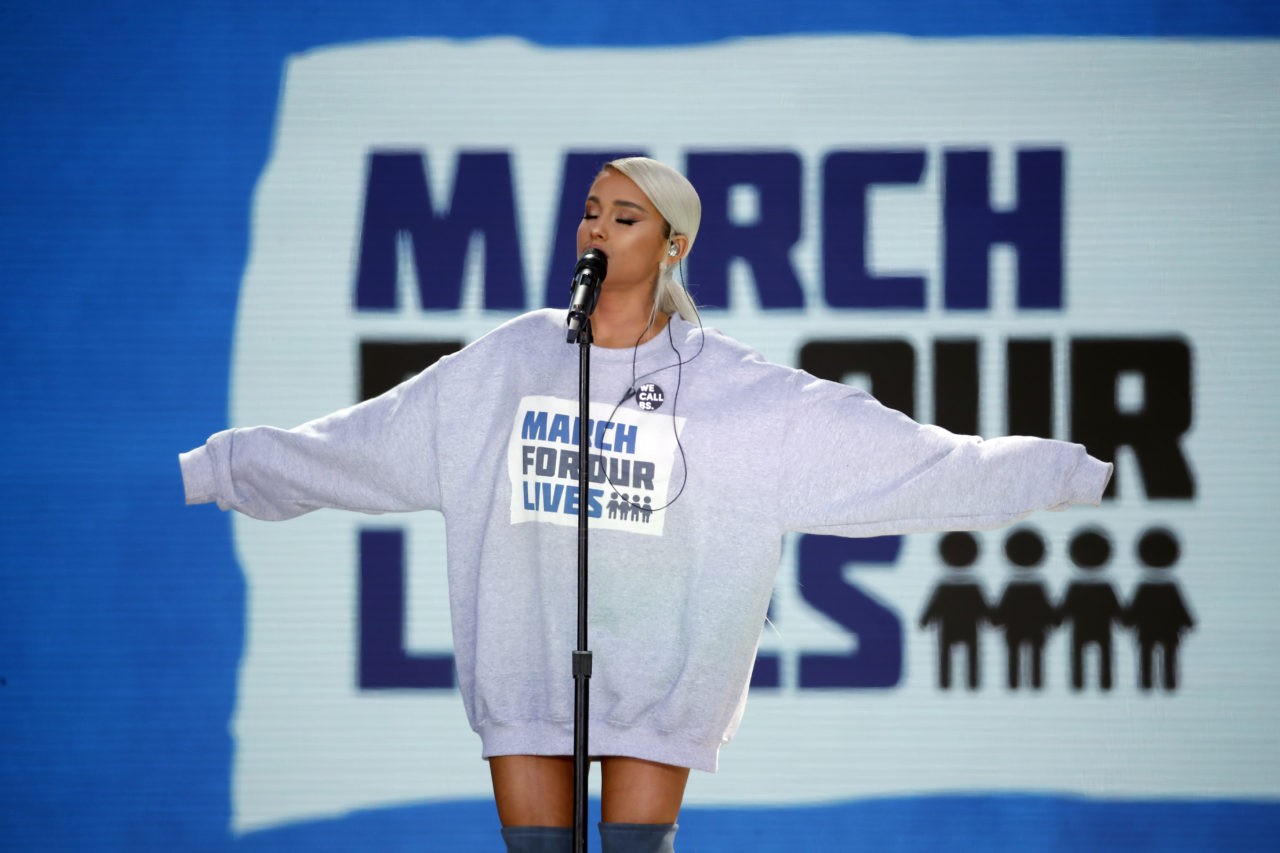 Ariana Grande performs “Be Alright” during the “March for Our Lives” rally in support of gun control, Saturday, March 24, 2018, in Washington. (AP Photo/Alex Brandon)

Grande also urged those who agree with gun control and the Black Lives Matter movement to talk to their family members and Facebook friends.

“Everyone has to have uncomfortable conversations with their relatives. Instead of unfriending people on Facebook who share different political views, comment! Have a conversation! Try to spread the fucking light,” she said.