Ben Brantley, co-chief theater critic for the New York Times, has apologized for a portion of his review of the Broadway show Head Over Heels.

According to Broadway World’s Alan Henry, Ben Brantley “purposefully misgenders a non-binary character, played by trans actress Peppermint (the first openly trans woman to play a principal role on Broadway) – writing ‘Dametas (Tom Alan Robbins), the King’s viceroy and father of Mopsa, finds himself strangely drawn to her – I mean them.'”

Brantley seems to invalidate an entire gender identity, writing ‘And its dichotomous nature matches the didactic thrust of a show that celebrates the importance of not being (and pardon me, for trotting out what’s starting to feel like the decade’s most overused word) binary.’

In response, Ben Brantley issued a full-throated apology, along with an explanation of his intent.

Here is Ben Brantley's response to the conversation surrounding his review of "Head Over Heels" https://t.co/48Xr2xgOjK. We are updating the review to reflect some of our readers' concerns now. pic.twitter.com/3SjcC1qAuk

“I feel horrible about having offended transgender and nonbinary communities,” Brantley wrote. “I was trying to reflect the light tone of the shower, as well as a plot point in which one character learns to acknowledge another not as ‘she’ but as ‘they.'”

…This was meant to be a reference to the character of the Oracle, not Peppermint, the person who plays the role. This unfortunately read as more flippant than I would ever have intended, especially with regard to a performance that marks a historical first. I am deeply sorry.

The New York Times simultaneously announced that they would update the review “to reflect some of our readers’ concerns.” Those corrections include the removal of quotation marks around the word “nonbinary.” 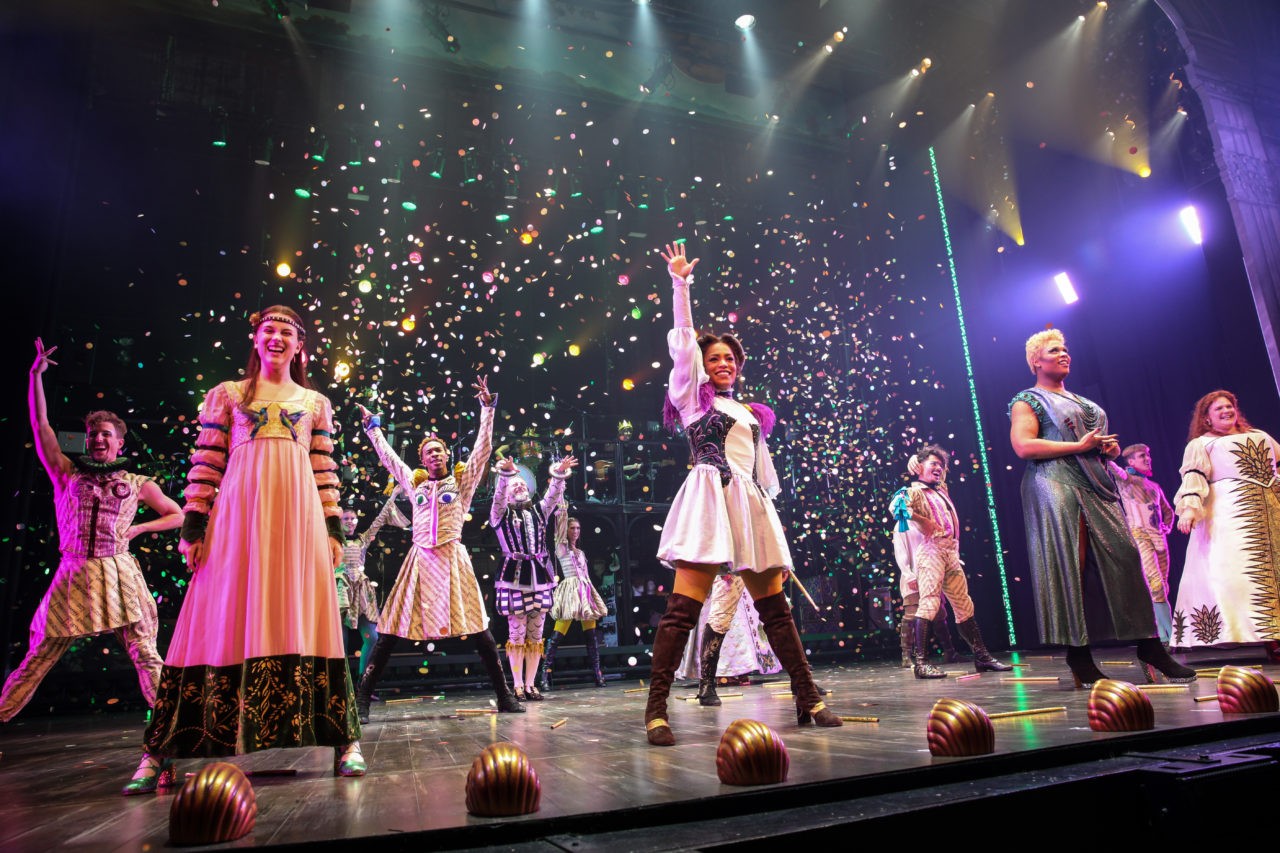 Cast members salute the audience during the curtain call for the pre-Broadway engagement of “Head Over Heels” at the Curran Theatre on April 18, 2018 in San Francisco, California. (Kelly Sullivan/Getty Images)

Head Over Heels producers accepted the “heartfelt apology” as publicly as it was offered, saying that they are “thrilled to be celebrating ALL people.”

We thank Ben Brantley and the @NYTimes for their heartfelt apology. We are so proud to be supported by the Broadway and LGBTQIA+ communities, and are thrilled to be celebrating ALL people 8 times a week at the Hudson Theatre. https://t.co/3NH6FXVaZH