NEW YORK (AP) — Some Golden Globe nominations seemed like locks: Joaquin Phoenix, Tom Hanks, Adam Driver and Eddie Murphy. But others were happy shocks, like Awkwafina nabbing a best actress nomination for musical or comedy. Other notable snubs and surprises:

Only men made the best director category: Bong Joon Ho for “Parasite,” Sam Mendes with “1917,” Todd Phillips for “Joker,” Martin Scorsese with “The Irishman” and Quentin Tarantino’s “Once Upon a Time … in Hollywood.” Notable female directors snubbed this year include Greta Gerwig of “Little Women,” Marielle Heller, who directed “A Beautiful Day in the Neighborhood,” Lulu Wang of “The Farewell” and Lorene Scafaria of “Hustlers.” 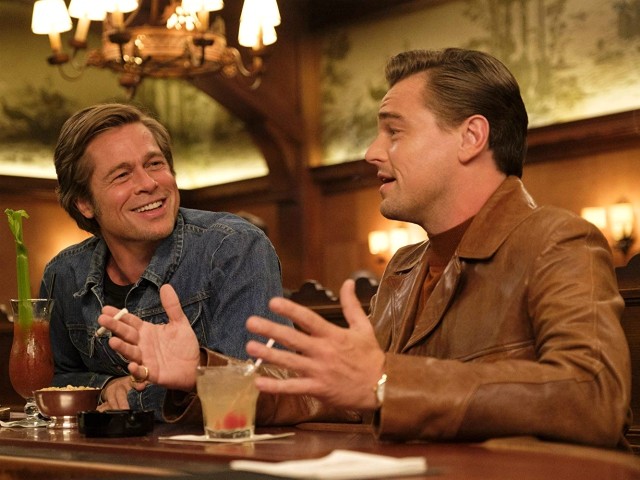 Brad Pitt and Leonardo DiCaprio in Once Upon a Time … in Hollywood (Sony Pictures Entertainment, 2019)

AVA GETS NO LOVE

“When They See Us,” the searing TV series on the plight of the Central Park Five got no nods despite critical acclaim. The four-part Netflix series explores the true story of five black and Latino teenagers from Harlem who were coerced into confessing to a rape they didn’t commit in 1989. Show creator Ava DuVernay was also snubbed at the Emmys in the directing and writing categories, although Jharrel Jerome won for best lead actor in a limited series.

Although the Hollywood Foreign Press Association was shown an unfinished cut of Tom Hooper’s film “Cats,” the group chose not to give it any acting, directing or technical nominations. The film adaptation of the Andrew Lloyd Webber musical stars Judi Dench, Ian McKellen, Idris Elba, Jennifer Hudson and Taylor Swift. It’s in theaters Dec. 20. The film did earn Taylor Swift and Lloyd Webber nods for writing the song “Beautiful Ghosts.”

HBO’s “Watchmen,” an adaptation of one of the most acclaimed graphic novels of all time, was ignored by the Globe voters. The dark superhero tale, which follows a group of masked vigilantes, stars Regina King, Jeremy Irons, Louis Gossett Jr., Jean Smart, Tim Blake Nelson and Don Johnson. Critics seemed to like it more than “The Morning Show,” which earned three nominations.

The Golden Globes have been a safe place for HBO’s “Game of Thrones.” That ended this year. The show only picked up one nomination, for actor Kit Harington. Previously, “Game of Thrones” earned nods for best drama in 2012 and every year from 2015-2018. Fans have had mixed love for the final season and some have even asked HBO to remake it.