Comedian and performer Jimmy Fallon, host of NBC’s The Tonight Show, became the target of criticism Tuesday after video of him performing in blackface in a Saturday Night Live sketch in 2000 resurfaced, going viral on social media.

The sketch, “Regis co-host auditions,” in which Fallon plays comedian Chris Rock, is featured on NBC’s website — albeit without Fallon’s appearance.

Critics began calling for Fallon to be dropped from The Tonight Show, and the hashtag #jimmyfallonisoverparty began trending on Twitter.

Others were skeptical: “At this point cancel culture might need to be canceled,” one tweeted.

At this point cancel culture might need to be cancelled. #cancelcultureiscancelled #jimmyfallonisoverparty

The New York Daily News brought up the sketch last year, when SNL made fun of Virginia Governor Ralph Northam, when photos surfaced from his medical school yearbook of him posing in blackface (or, alternatively, in a KKK hood).

“Live from New York, it’s a long line of ‘Saturday Night Live’ cast members dressed in blackface,” wrote Gina Salamone at the time. “The sketch comedy show may want to take a look at its own history before mocking others for wearing the racist makeup. … The NBC show has shown prominent cast members, from Jimmy Fallon to Fred Armisen, in dark makeup long after the 1980s, as late as 2009.”

Fallon has been under fire from the left ever since interviewing presidential candidate Donald Trump in 2016. Fallon joked about Trump’s hair, and the candidate, promising it was real, invited Fallon to tousle it, which he then did. 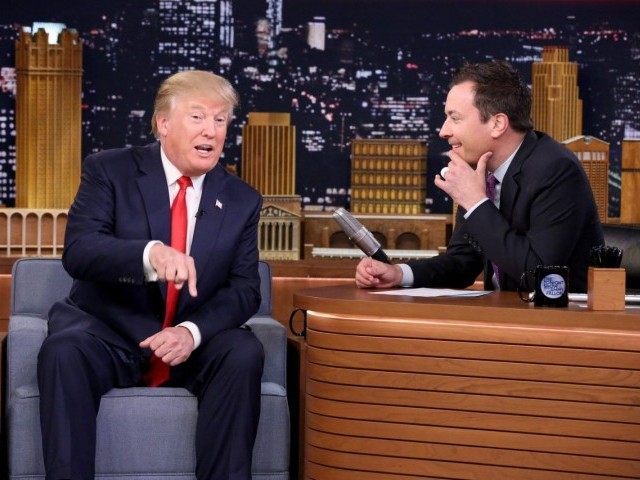 Critics later accused Fallon of having “normalized” Trump, helping him somehow to win the election. Fallon apologized in 2018, saying that he had been “depressed” by the relentless criticism he received over the episode.