More bad news for The Ellen DeGeneres Show, which is already dealing with claims of a toxic work culture in which employees were allegedly fired for taking medical leave and bereavement days. Now the popular daytime talk show is facing multiple accusations of sexual misconduct, including allegations that one high ranking producer assaulted and harassed male staffers.

Buzzfeed News reported Friday that it spoke with dozens of former employees of Ellen DeGeneres’ show, many of whom confirmed incidents of sexual harassment and assault. Executive producer and head writer Kevin Leman faces allegations that he asked for a hand job and oral sex from a male staffer in a bathroom during a 2013 company party. 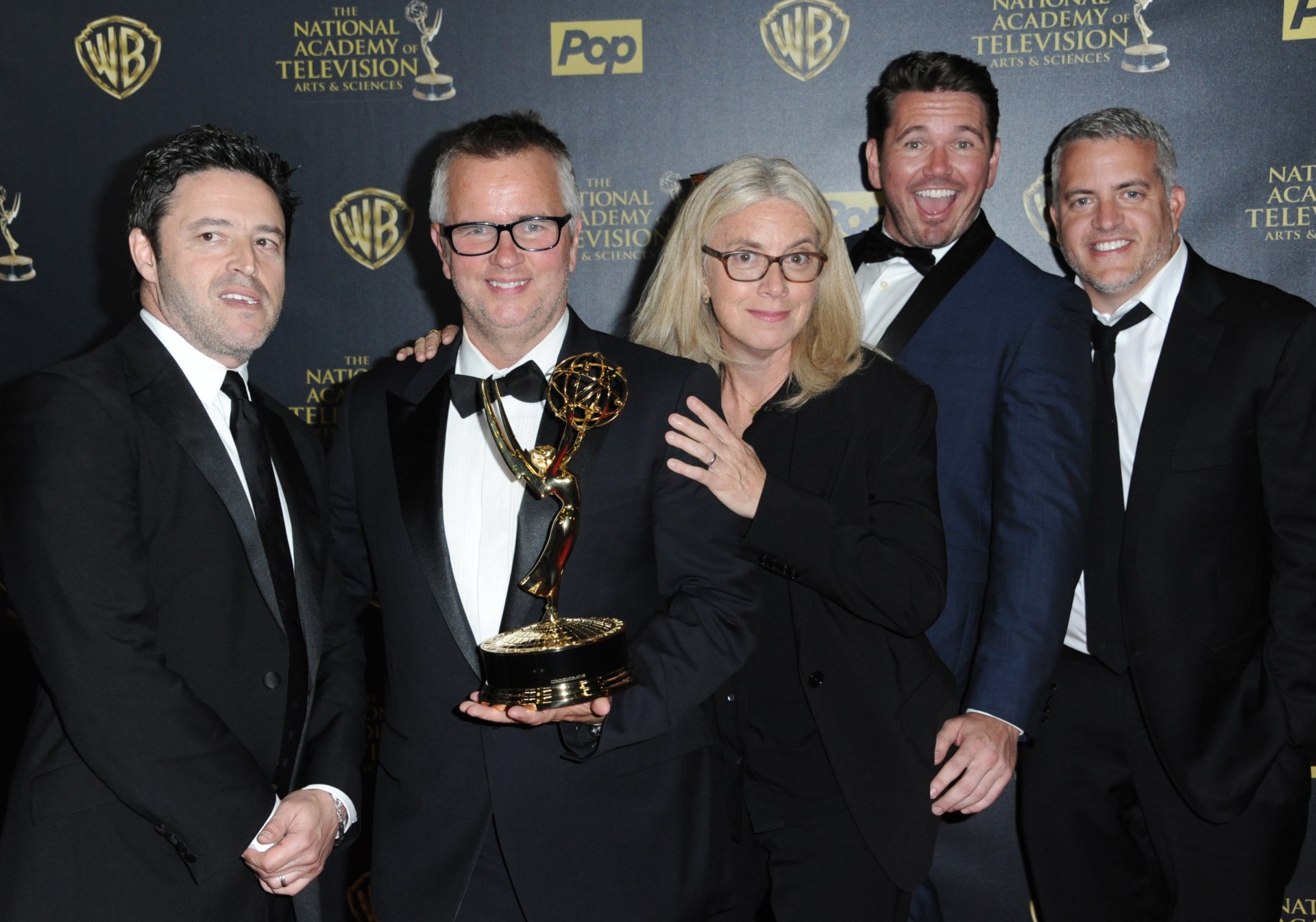 Buzzfeed reported that it was also common for Leman to make sexually explicit comments in the office, like pointing out male colleagues’ bulges in their crotches, or asking them questions like, “Are you a top or a bottom?”

Leman denied the allegations in a statement to Buzzfeed.

“While my job as head writer is to come up with jokes — and, during that process, we can occasionally push the envelope — I’m horrified that some of my attempts at humor may have caused offense,” he said. “I have always aimed to treat everyone on the staff with kindness, inclusivity and respect. In my whole time on the show, to my knowledge, I’ve never had a single HR or inter-personal complaint made about me, and I am devastated beyond belief that this kind of malicious and misleading article could be published.”

Buzzfeed said that all of the ex-employees it interviewed asked to remain anonymous out of fear of retribution, and that many of them had voluntarily left the show.

Co-executive producer Jonathan Norman faces an accusation that he tried to perform oral sex on a male employee. The former employee claims Norman groomed him over a period of time by taking him to concerts and other work-related perks, and then one night attempted to fellate him. 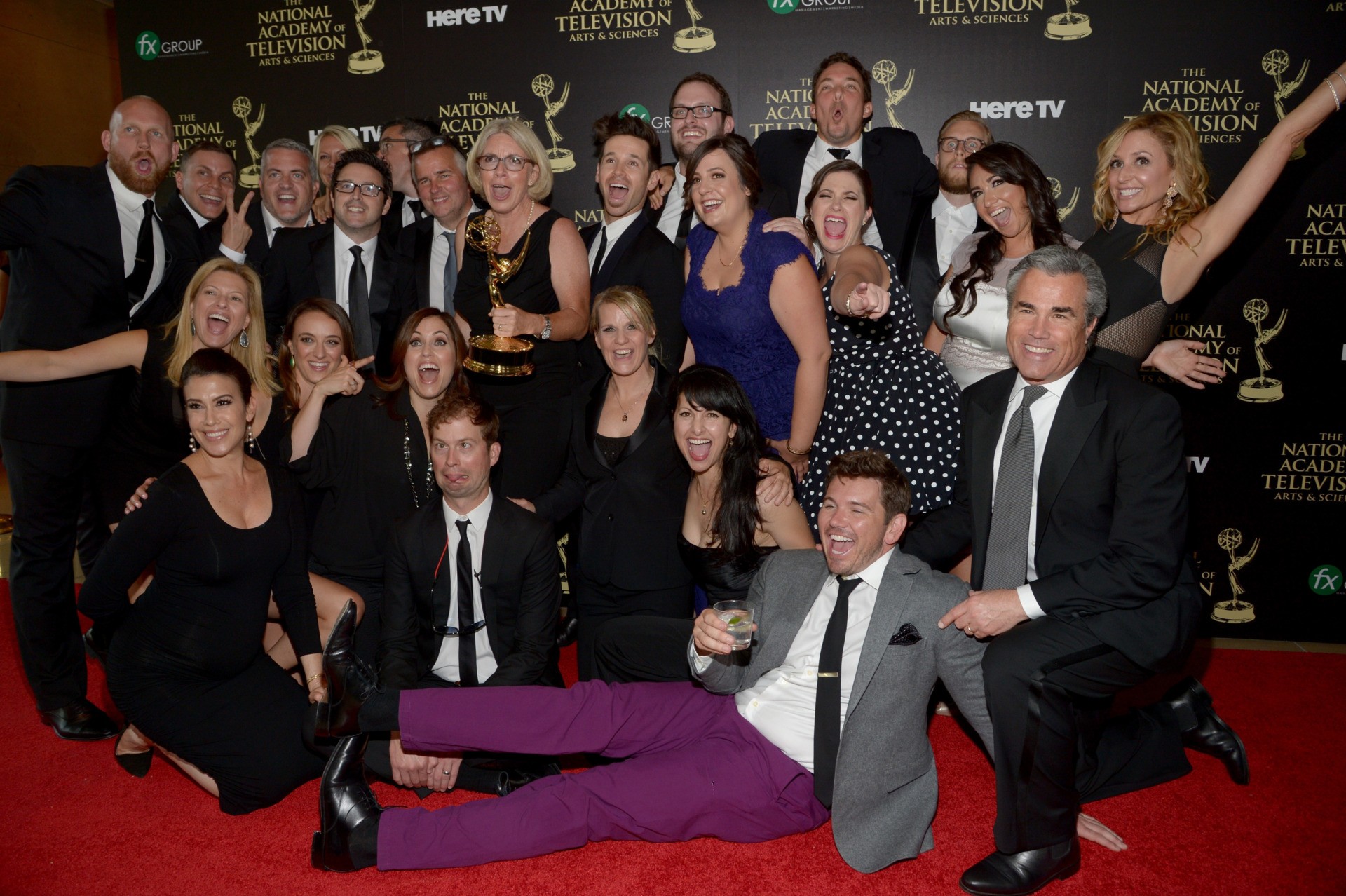 Mary Connelly (C) and the crew of “The Ellen DeGeneres Show” pose in the press room with the award for Outstanding Talk Show – Entertainment during The 41st Annual Daytime Emmy Awards at The Beverly Hilton Hotel on June 22, 2014 in Beverly Hills, California. (Jason Kempin/Getty Images)

Three of the employee’s former colleagues on the show corroborated to Buzzfeed that he told them about the incident at the time and said they have discussed it in the years since.

Five former employees claim executive producer Ed Glavin targeted women by touching them in a way that made them uncomfortable, including rubbing their shoulders and back, as well as placing his hand around their lower waist.

One former employee told Buzzfeed when they turned in their notice, Glavin flipped over a table and chair while screaming.  Five former employees also claim that they saw Glavin use a button at his desk to remotely shut his office door “as an intimidation tactic” during reprimands.

Glavin has reportedly been fired, according to a separate report from The Hollywood Reporter this week.

Ellen DeGeneres apologized to her staff this week in an internal letter obtained by the Reporter. “As we’ve grown exponentially, I’ve not been able to stay on top of everything and relied on others to do their jobs as they knew I’d want them done. Clearly some didn’t,” she wrote. “That will now change and I’m committed to ensuring this does not happen again.”

“For someone who’s so involved in the show and the creative aspect, and having been in those meetings with her, it’s very hard for me to wrap my head around the fact that she doesn’t hear the same whispers,” one former employee who worked closely with DeGeneres told Buzzfeed. “Unless she really is just in this bubble.”

“She knows,” another former employee said. “She knows shit goes on, but also she doesn’t want to hear it.”
The Ellen DeGeneres Show is currently under internal investigation by corporate parent WarnerMedia, who has engaged an outside firm to assist with the inquiry.