Chants of “Shame on NBC” and “Antisemitism isn’t funny” rang out in front of NBC Studios in Manhattan on Saturday night, as protesters gathered in response to what organizers called an anti-Semitic joke made by Saturday Night Live cast member Michael Che made on the show one week ago.

“Anti-Semitism is not funny,” chanted protesters, who are demanding an apology from NBC for disseminating a series of anti-Semitic jokes, the most recent one being on SNL last week.

NBC and Michael Che have been facing backlash for a joke the comedian told last week on SNL, in which he said, “Israel is reporting that they’ve vaccinated half of their population. I’m going to guess it’s the Jewish half.”

WATCH: We sent a strong message to @nbcsnl last night that ANTISEMITISM IS NEVER FUNNY!

We need one standard for hate, not for it to be ignored when it’s directed at Jews!#EndJewHate #EducateDontCancel pic.twitter.com/zMEUvNOkPB

Critics have slammed Che for his remarks, calling the joke anti-Semitic.

“The truth is that the Arab population of the state of Israel has received the vaccine no different from the rest of the population. That is a fact,” said former New York State Assemblyman and founder of Americans Against Antisemitism (AAA) Dov Hikind, who led the protest on Saturday.

Hikind went on to say that NBC’s behavior is part of what causes hate against Jews, adding that by promulgating such content, the broadcasting company is promoting a stereotype about Jews that “anti-Semites are selling all over the world.”

“And to have a major network, right here in our country, right here in New York, being part of that, creating that anti-Semitic stereotype,” Hikind added.

Protesters also called out NBC for another anti-Semitic joke told by Che last year, in which the comedian made light of a pageant website for “Miss Hitler” being shut down, adding that the winner for the contest was “Miss Israel.”

Here are some of the scenes from the street, as supplied to Breitbart News by Israel Bitton: 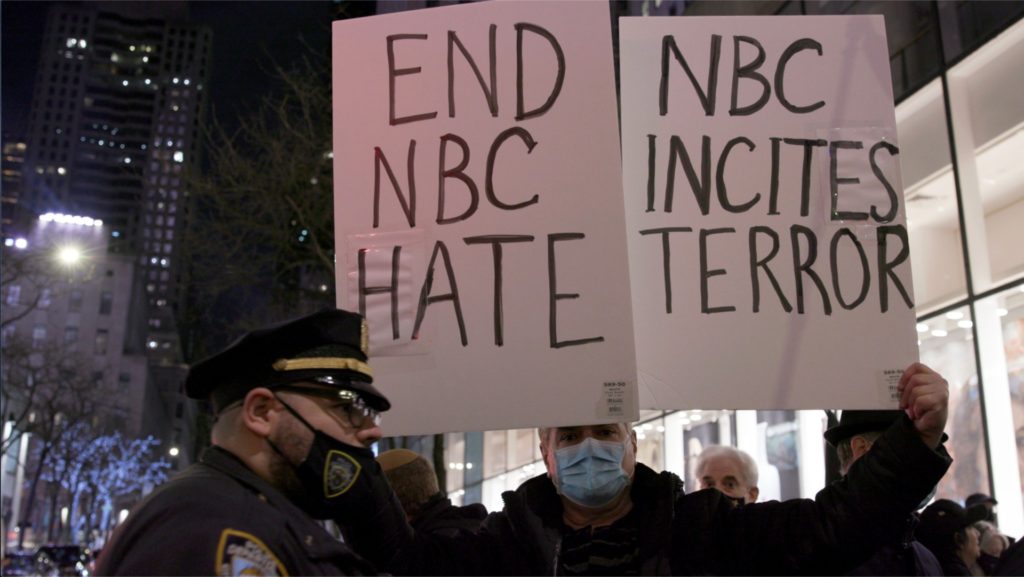 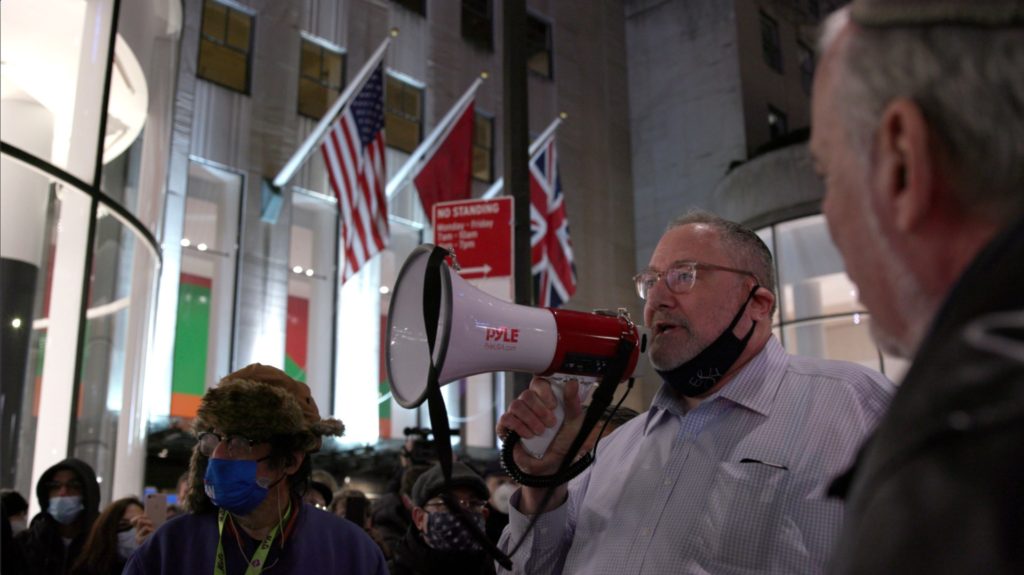 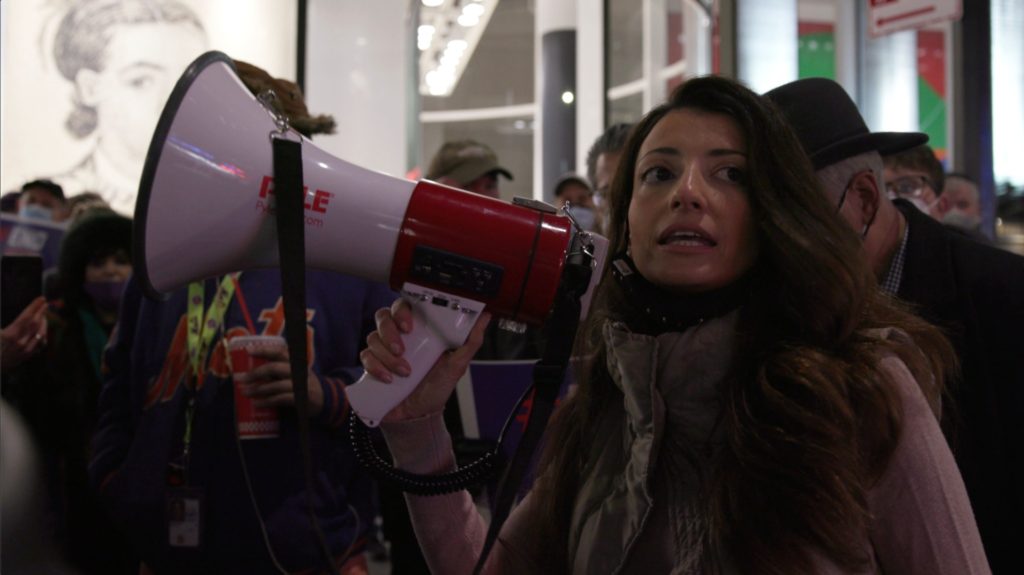 NBC has also fallen under heavy fire for another incident in which a resurfaced scene of Nurses shows a Hasidic patient refusing a bone graft from a “goyim” — the Yiddish word for a non-Jewish person.

A video clip of the scene was circulated and scrutinized on Twitter, as social media users and Jewish organizations pointed out its inaccuracies, and blasted the scene as anti-Semitic. NBC reacted to the criticism by pulling the episode.

“We sent a strong message tonight to the NBC brass that antisemitism is never funny, just like no form of racism is funny or tolerable. Except, only casual Jew-hatred seems to be tolerated, so we can’t allow such statements, despite the comedic context, to go unchallenged because of how potent and dangerous they are,” Hikind told Breitbart News.

“Antisemitic-laced jokes lead to serious real-world consequences,” Hikind added. “We’re waiting for SNL and NBC to do the right thing.”