Former Misfits singer Michale Graves told Breitbart News in an exclusive interview that young people championing “cancel culture” fosters “weakness,” and a “culture of compliance,” which he says is a danger to society.

Graves — who was the vocalist of The Misfits, from 1995 to 2000, following the band’s founder Glenn Danzig’s tenure, from 1977 – 1983, as vocalist — spoke to Breitbart News after Danzig called out “cancel culture and woke bullshit.”

Your Misfits predecessor, Glenn Danzig, said we could never have a punk movement today due to “cancel culture” and “woke bullshit.” How do you see it?

I think it’s a courageous statement, and one that I agree with. I also think it is especially hilarious that for all these years, and all the times I have had to hear from woke Danzig fans about how bad I suck, and that I ruined The Misfits due to my opinions, that Danzig is and has been much more in agreement with me than any of them. Glenn Danzig has now, by virtue of speaking out against this plague on our culture, given courage to others to stop being so weak minded and afraid. He has struck a major blow to the integrity of the justification of all the loser dittos that have turned their back on me, and those who have supported them.

Do you think we’ll ever see a punk movement again? Or do you agree that those days are over?

We can argue all day about what a punk song is or isn’t. If we look at punk in its political context, and as a cultural movement, we can better understand where we are at. Individuality, and the rejection of the system that seeks compliance and the destruction of that individualism was at the heart of punk ethos. It still is. Punk was antithetical to Pop music, celebrity, the love of material things and the celebration of it. It rejected the monopolistic nature of corporations and industry, including the music and entertainment industry. It embraced those who danced to a different beat. Those things are the cornerstone of the freedom movement and the ideas behind it. It’s a very American way of thinking, and it is what got Donald J. Trump elected four years ago. If we continue to see and hear mega huge voices like Glenn Danzig and John Lydon speak out, a neo punk explosion becomes more and more possible.

John Joseph from Cro-Mags and Bloodclot just released a scathing statement after the woke mobs of lying Marxist dittos attacked Black and Blue Productions and the bands that performed at Tompkins Square Park in NYC last week. If guys like that continue to support, foster, and help give opportunity, cover, and voice to talent like me and others, we’ve got a shot. We need more courageous elements from within the music industry to stand up and get behind us on all fronts. Without that, we have no future at all. 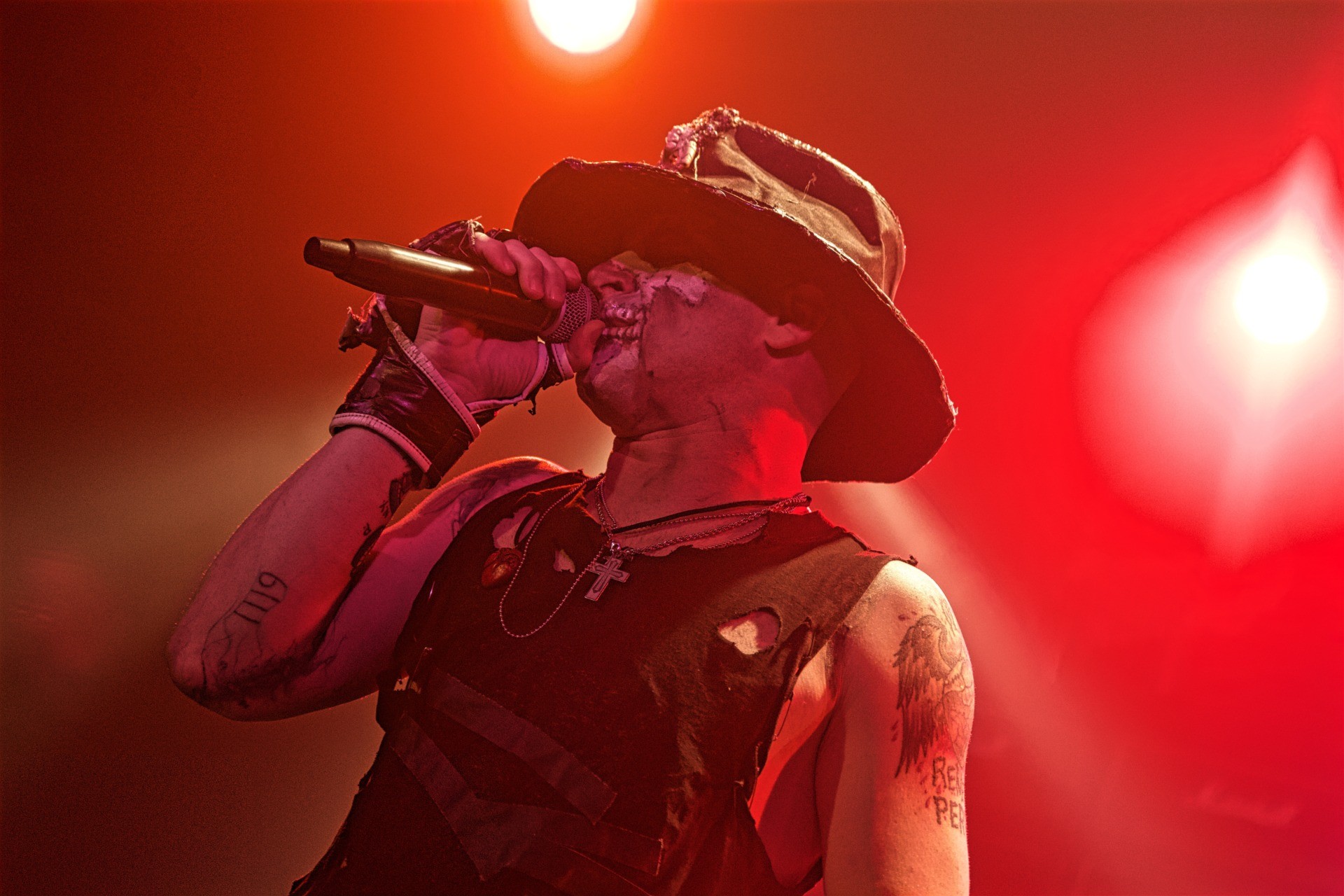 I understand that you are not politically left-leaning yourself. Would you say you’re conservative?

I feel most comfortable labeling myself a Christian. I am unendingly proud to be an American. Conservative would not be the first thing I call myself.

What issues are you most passionate about? What drives you?

I have always been interested in learning about the world. I have spent much more of my life thinking and trying to gain knowledge and understanding of things than most people do in my profession and practice. While others were out partying after gigs and chasing booze, drugs, good times, and girls, I was reading, writing, and thinking. I am especially passionate about issues that involve young people and innovative ways to educate and reach at risk youth, especially through music and art.

It has always been understood that newer generations tend to look at older generations as “old fashioned,” rigid, or too uptight. But now, those roles seem to be reversed, with a segment of young people championing “cancel culture” and taking offense to virtually everything. What happened?

Mental illness has been normalized and ignorance is an epidemic. We have been engineered into this through decades of infiltration, influence, and attack. Our culture has allowed people’s feelings to become more important than facts. Empirical truths do not exist in pop culture for several reasons, including the rejection of God. Groupthink and identity politics take hold because the courage to be an individual evaporates — because the individual themselves evaporate. This ability to shape reality to fit whatever makes someone comfortable regardless of fact is especially damaging and dangerous. The weakness this sort of thing fosters gives rise to a culture of compliance that becomes ever more dangerous to a truly free society.

Equal opportunity is not the same as equal outcome. The entitlement and victim mentality that is so pervasive in culture and in youth movements across the country give fuel to the propensity of this Marxist behavior we see today. These types of people need to just feel like they have knowledge when, in fact, they are grossly ignorant. The sound bite generations believe they can watch a 20-minute TED talk on Economics and come away with a firm understanding of it, without ever actually reading a book or taking the time to study and actually form sound, informed conclusions. They just feel like they know something. Feelings, feelings, feelings. When these delicate weaklings and mental midgets come up against something that makes them feel uncomfortable, they need to destroy it or feel they are being protected from it. It used to be sticks and stones may break my bones while words could never harm you. That is no longer the case to some. 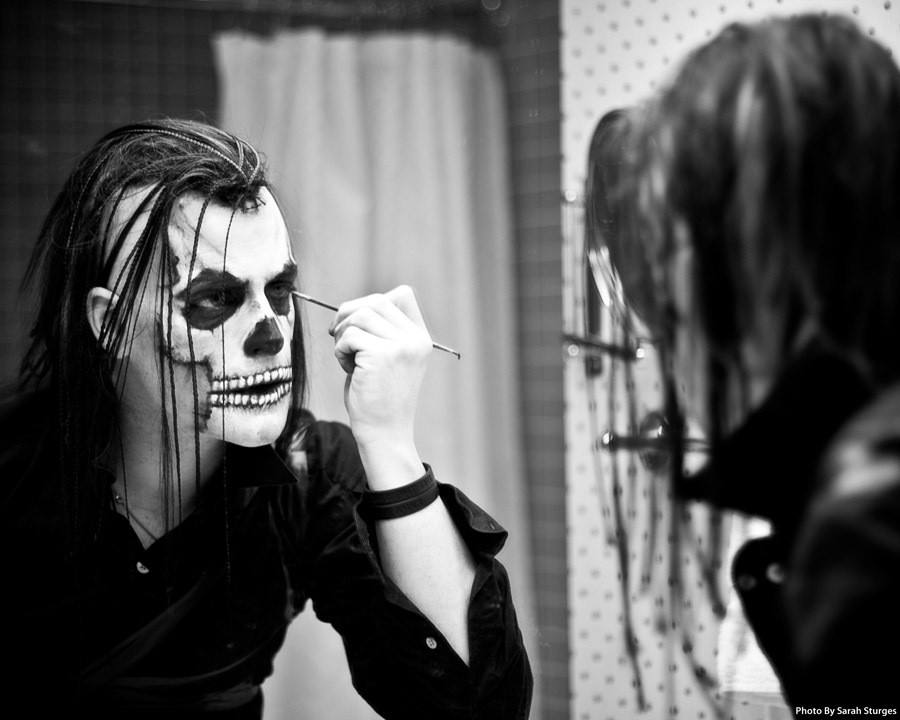 Punk rock has always been about individuality and questioning authority. Why then, would other members of the punk movement gravitate toward the political left, which is increasingly authoritarian in nature and in its embrace of a more collectivist culture and government?

Because many of them are weak minded and ignorant. Punk rock in the 80’s became more and more inflexible both artistically and ideologically as the influence of publications like Maximum Rocknroll became the preeminent source of politics and discourse for punk rock. It increasingly provided explicit declarations for what was and wasn’t acceptable. Punk rockers began to depend on these types of influences to inform them of who to boycott and who to support. Punk Rock began to institute rules. A constructivist approach began to penetrate the malleable idea of punk.

As [philosopher] Maxine Green wrote, “Those who take a constructivist position will reject the notion there exists a representable set of phenomena the same for everyone.” By generating internal schemas based on one’s own experiences, this position “rejects the idea that a truth corresponds to some objective state of things… to refuse the visions of a self-sufficiently and idealized real.” That sort of thinking took hold of the movement as more and more money poured in from progressive, left wing, special interest groups, including The Democratic Party, especially during the early 2000s.

Do you see any signs of hope?

Without hope there’s nothing. This week has shown there are others willing and unafraid to stand up and say something.

This interview has been edited for length and clarity.