The premier edition of the Jimmy Kimmel LA Bowl will kick off Dec. 18 at SoFi Stadium in Inglewood, the host announced on Jimmy Kimmel Live on Wednesday night. The game will air on ABC.

“This is not a joke,” Kimmel said during his opening monologue. “This is a real bowl game named after me, so mark your calendars. … It’s like an early Christmas gift for all of us.”

AP reports SoFi Stadium has reached a multi-year deal with the comedian to put his name above the title of the LA Bowl, the first college football game to be played at the year-old arena.

The game’s debut was delayed from 2020 until 2021 due to the coronavirus pandemic, but it will match the Mountain West champion against the Pac-12’s No. 5 bowl selection.

Kimmel’s alliance with college football comes on the back of years of vicious attacks on conservative politicians and their supporters while at the same time being at the beck and call of Democrats.

As recently as last month he was rushing to take down Caitlyn Jenner’s nomination as a California gubernatorial candidate, disputing her attacks on Democratic mismanagement that has led to high taxes, out-of-control homelessness, and perennial wildfires that have caused billion of dollars of destruction.

Elsewhere Kimmel has directly used his ABC network platform to promote and defend Democrats with recent guests including Hunter Biden and Barack and Michelle Obama.

Promoting woke Democrat causes and and propping up their allies hasn’t always gone well for Kimmel.

Last June, Kimmel apologized for performing in blackface nearly two decades ago while appearing on Comedy Central’s The Man Show in which he impersonated black NBA star Karl Malone.

“The reason I am here tonight is because I feel like I have to be,” Kimmel told the audience as he sought to unburden himself of his Hollywood guilt. “Because it’s not enough just to vote this time. We have to do more than that this time, much more. I’m here because our government is being run by a group of people who don’t care about people.” 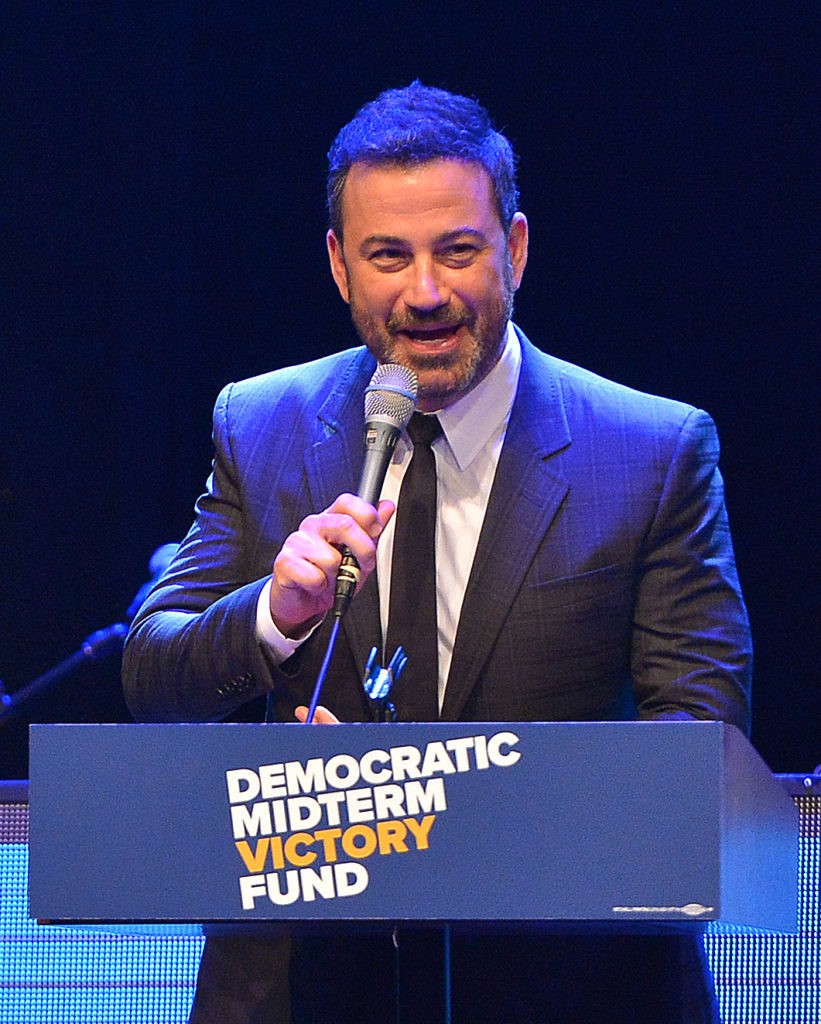 “There’s nothing more important than taking back control of this country,” he continued before introducing Garcetti. “And making America great again, because that’s what we’re going to do. We’re taking back Congress and we’re taking that Goddamn slogan, too.”

In February of that year, he also implied that conservatives weren’t smart enough to do the apparently difficult job of hosting a talk show.

“It just so happens that almost every talk show host is liberal and that’s because it requires a level of intelligence,” Kimmel joked.

He also aired his pro-Democrat credentials in 2017 when he listed a host of false claims about the Children’s Health Insurance Program (CHIP) and urged Americans to purchase Obamacare or pay the individual mandate penalty.