First Lady Jill Biden has landed the August cover for American Vogue after the fashion magazine snubbed for a cover former First Lady Melania Trump during her four years in the White House.

The cover, released on Tuesday, features Jill Biden in an Oscar de la Renta floral dress with Tiffany & Co. earrings on an outside balcony of the White House.

Shot by famous celebrity photographer Annie Leibovitz, the cover is part of a multi-photo spread where Mrs. Biden poses alongside her husband, President Joe Biden.

The cover comes after Vogue infamously refused to offer a cover to Melania Trump during her time in the White House. 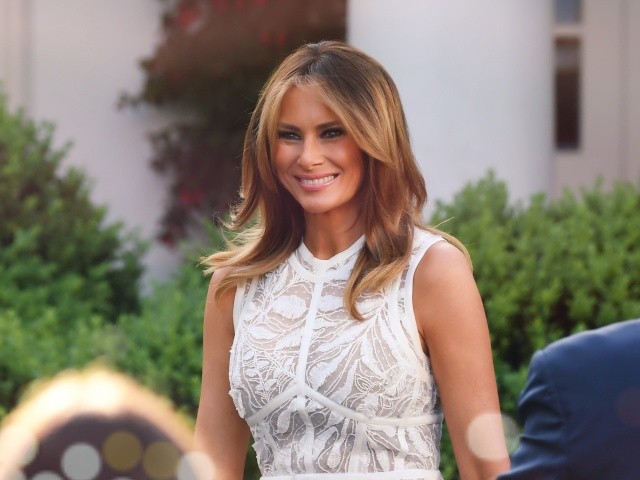 First Lady Melania Trump arrives to attend a ceremony for US golfer Tiger Woods in the Rose Garden of the White House in Washington, DC, on May 6, 2019. (SAUL LOEB/AFP via Getty Images) 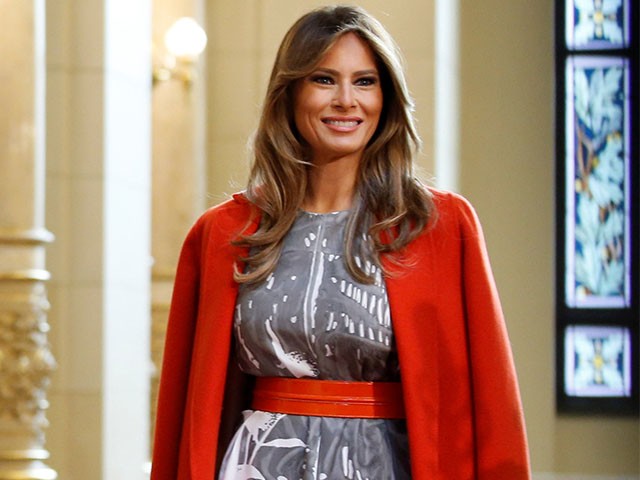 Hamburg’s mayor Olaf Scholz (L) greets US First Lady Melania Trump as she arrives to attend the partners’ programme at the city hall during the G20 summit in Hamburg, northern Germany, on July 8, 2017. (AXEL SCHMIDT/AFP/Getty Images)

It has been reported that Mrs. Trump turned down Vogue twice when they offered her a profile in the magazine but did not promise to feature her on the cover. In leaked audio recordings last year, Mrs. Trump said she did not “give a fuck about Vogue.”

#VogueMagazine trying to convince us that suburban grandmas in floral frocks are so fashionable is hilarious & insulting😂
The emperor has no clothes!! This is fashion affirmative action. They never put impeccably stylish FLOTUS, Melania Trump, on their cover. Vogue is a joke! pic.twitter.com/yD9V1ZZB1r

Mrs. Biden’s Vogue cover comes months after the fashion magazine put Vice President Kamala Harris on the cover which garnered backlash as she was featured in Converse sneakers. Harris reportedly complained about the cover photo and Vogue editors decided to release a revised edition featuring Harris in another photo taken by photographer Tyler Mitchell.