The International Academy of Television Arts & Sciences, the organization that presents Emmys, will not say if New York Gov. Andrew Cuomo (D) will be stripped of his Emmy following a damning investigation into sexual harassment allegations.

The investigation found that the governor specifically “sexually harassed current and former New York State employees by engaging in unwelcome and nonconsensual touching and making numerous offensive comments of a suggestive and sexual nature that created a hostile work environment for women,” according to Breitbart News.

In November, the academy announced to would award Cuomo an Emmy for his “masterful” coronavirus briefings earlier last year, NPR reported.

“The Governor’s 111 daily briefings worked so well because he effectively created television shows, with characters, plot lines, and stories of success and failure,” the group’s president and CEO, Bruce Paisner, said in an announcement. “People around the world tuned in to find out what was going on, and New York tough became a symbol of the determination to fight back.” 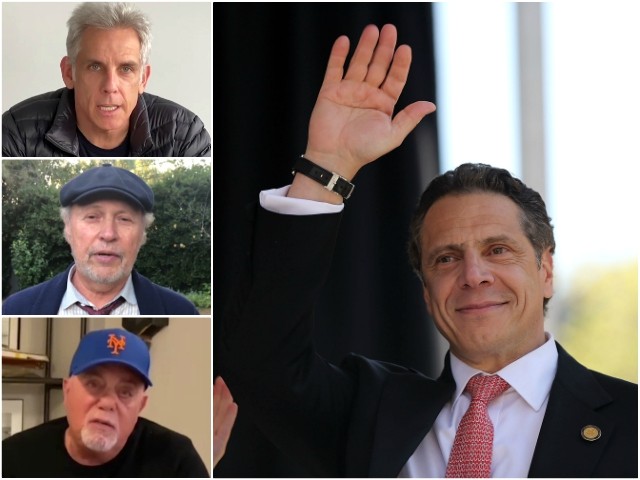 Robert De Niro, Billy Joel, Ben Stiller, were among the Hollywood celebrities who recorded video messages praising Andrew Cuomo for setting “an example to the rest of the world.” (Spencer Platt/Getty Images)

But Paisner’s group is mum today after James’s own “symbol of the determination to fight back” was released.

Breitbart News contacted the academy’s public relations department to see if it intends to revoke Cuomo’s Emmy and the request went unreturned.

“Thank you to all the members of the Academy. Your work has brought smiles and hope and relief for so many people during these difficult days,” Cuomo said in accepting his award, according to Vanity Fair.

“I wish I could say that my daily COVID presentations are well-choreographed, scripted, rehearsed, or reflected any of the talents you advance. They didn’t. They offered only one thing: authentic truth and stability. But sometimes that’s enough,” he said.