James Gunn, a far-left Woketard who defends political blacklisting, finds child rape funny, and traded videos with the url “100-pubescent-girls-touch-themselves” with a guy who’s now a convicted pedophile, has just delivered one of the biggest box office disasters in history.

His Suicide Squad just opened to a pathetic $25 million, which makes it a historical failure. 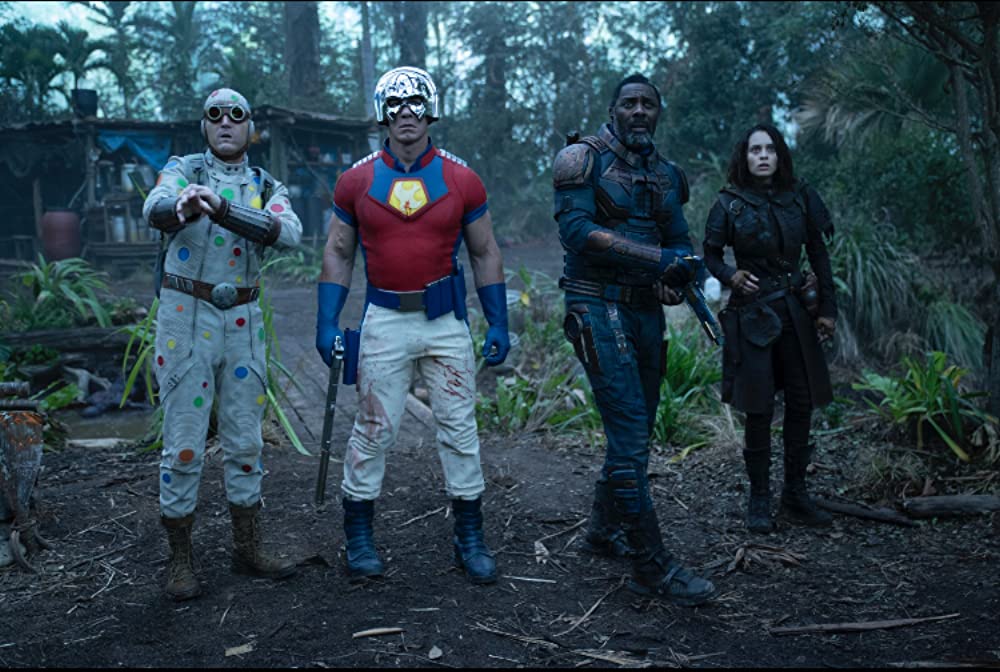 For more than a year, the depraved entertainment complex rallied around the Guardians of the Galaxy director after Disney fired him over everything listed above. Immediately after that firing, Warner Bros. hired him to write and direct this Suicide Squad reboot. Then, after Disney completed its merger with 20th Century-Fox, Disney itself rehired him for the upcoming Guardians 3.

What this means is that with this weekend’s release of Gunn’s Suicide Squad, the entertainment community has a huge emotional investment in Gunn’s success. He simply must deliver a box office hit to shove it up the asses of all those hideous Trumptards who attacked him. And so a scheme was hatched. No matter what, his Suicide Squad reboot must be hailed as THE GREATEST MOVIE EVER!!!! and THE SUICIDE SQUAD MOVIE AMERICA’S BEEN WAITING FOR!!!

And that’s exactly what happened….

Although his Suicide Squad isn’t very good (more on this below), it still earned almost unanimous raves with a Rotten Tomato rating of over 90 percent. By comparison, director David Ayer’s 2016 version starring Will Smith earned a terrible 26 percent.

So basically what we had was another Internet gaslighting campaign like the one the far-left entertainment media launched to artificially prop up In the Heights. The goal was to create a bandwagon effect by telling people Gunn’s Suicide Squad was already a huge hit.

Well, lol, we all saw how that worked out for the Woketard flop In the Heights, and now Gunn’s Suicide Squad is an even bigger catastrophe. With a production budget close to $200 million and a promotional budget that has to put it over $250 million, it’s projected to open to less than $30 million this weekend.

If you want another laugh, Birds of Prey only cost $85 million to produce. Gunn’s Suicide Squad cost at least $185 million.

For five years, critics have been trashing Ayer’s 2016 original and salivating over Gunn’s redo, well here are the results…

The sycophant entertainment media will blame this failure on the fact Suicide Squad is simultaneously available to HBOMAX subscribers, but… Just a few weeks ago, so was The Conjuring: The Devil Made Me Do It, and that opened to $24 million.

Who wants to tell me it’s totally normal that the low-budget Conjuring 3 opened nearly as well (with the same HBOMax release) as a $200 million superhero movie backed by a shitload of critical gushing?

Is the problem Gunn? That’s certainly part of it. He’s a fascist asshole with a creepy past.

Is the problem that people are finally tired of superhero/comic book movies? I think that’s also part of it. Everything post-Avengers: Endgame (2019) feels awfully anti-climactic.

Is the problem woketard-ery? Obviously. Gunn’s Suicide Squad isn’t openly woke; but like all modern movies, it’s so sexless you’d think a 100-year-old nun was on the set to make sure nothing untoward was allowed. One of the big attractions of 2016’s Suicide Squad was Margot Robbie strutting around in short shorts. Sex sells. Sex is fun. There’s none of that in Gunn’s Suicide Squad, which makes it a whole lot less fun.

Is the problem that after Birds of Prey flopped, maybe Warner Bros. should’ve figured out no one is interested in these C-list DC characters unless one of them is played by an actual movie star like Will Smith? Duh.

The biggest problem, though, is that Gunn’s Suicide Squad just isn’t very good. It launches with some zest and then becomes almost laughably repetitive. Oh, here comes another action scene set to an obscure pop song. There must be a dozen of these moments, and at first they’re kind of fun, but after an hour or so, you can feel the hollowness of it all, how they’re being used to paper over an insanely thin plot and dull characters you don’t care very much about.

I much prefer Ayer’s version – if only for the short shorts.

Regardless, fuck that fascist, blacklisting piece of shit James Gunn.