Time’s Up CEO and president Tina Tchen said in a statement that she’s “spent a career fighting for positive change for women” but was no longer the right person to lead the #MeToo-era organization.

“I am especially aware that my position at the helm of TIME’S UP has become a painful and divisive focal point, where those very women and other activists who should be working together to fight for change are instead battling each other in harmful ways,” she wrote. 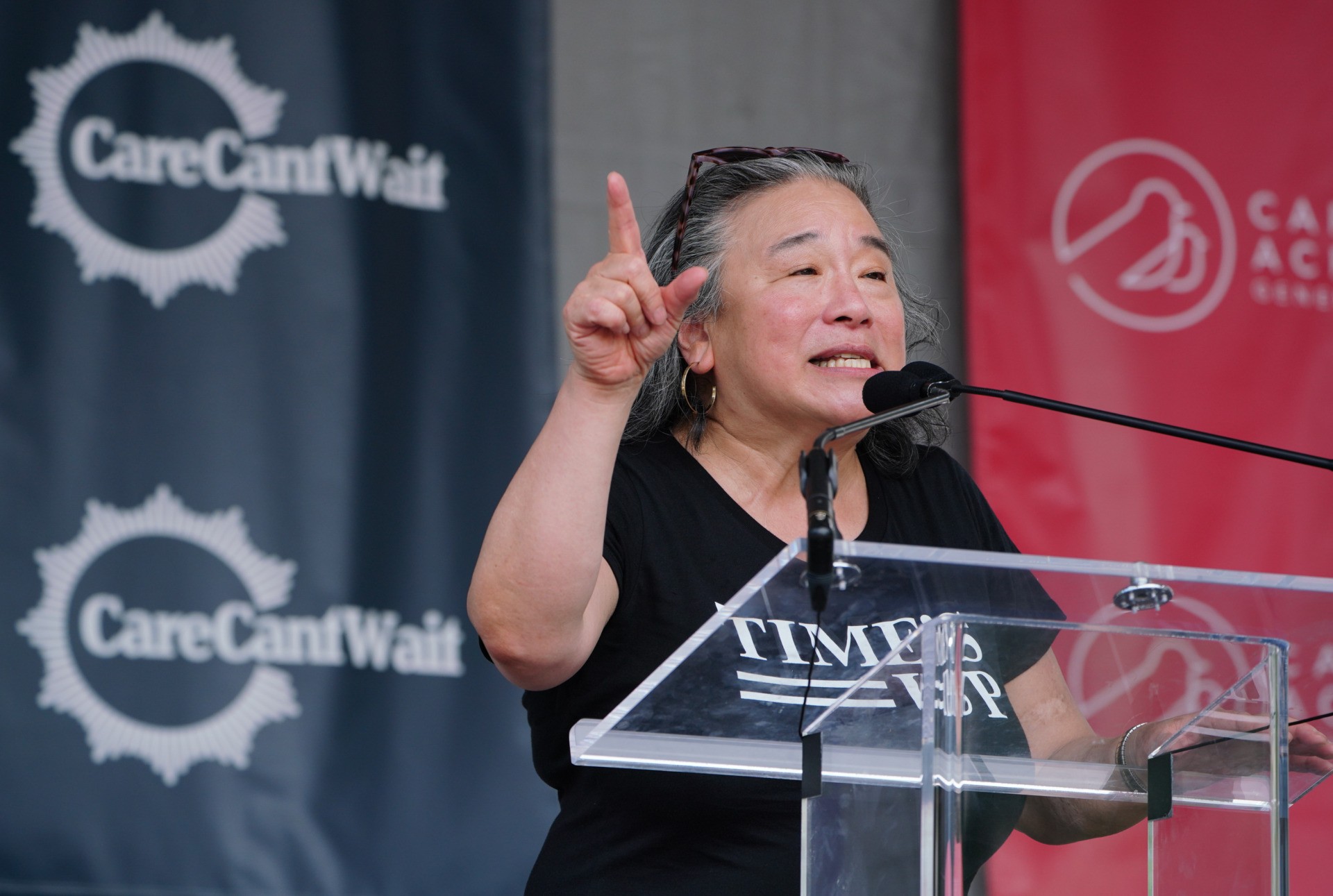 Tina Tchen speaks at a demonstration calling for Care Work to be recognized as Climate Work on July 13, 2021 in Washington, DC. (Photo by Jemal Countess/Getty Images for Green New Deal Network)

Tchen’s resignation comes after the Aug. 9 departure of the organization’s chair, Roberta Kaplan. Both women had been the target of ire from Time’s Up supporters over the idea they had offered any help to Cuomo, who resigned Monday, three weeks after an investigation overseen by New York’s attorney general concluded he sexually harassed at least 11 women. 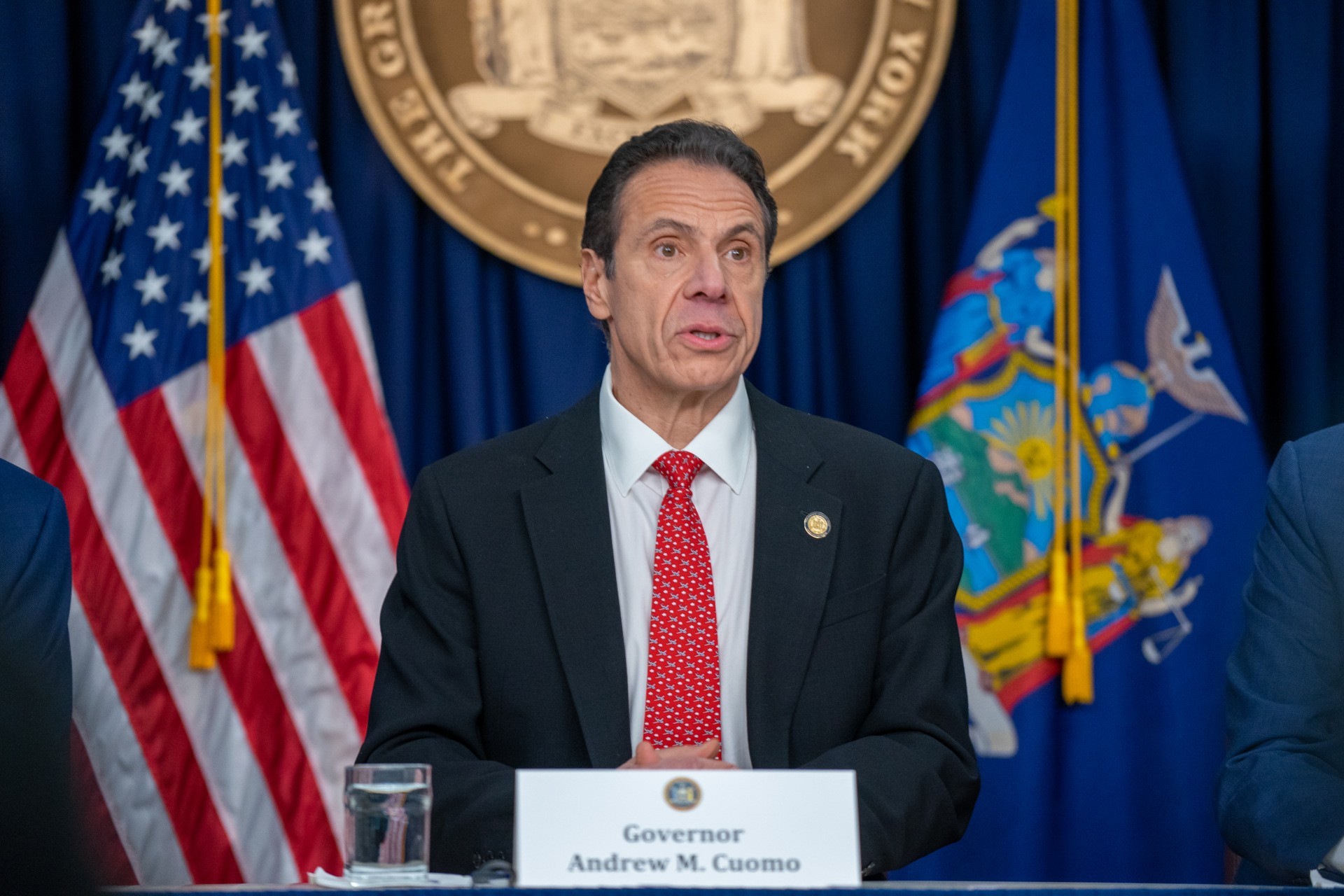 New York state Gov. Andrew Cuomo speaks during a news conference on the first confirmed case of COVID-19 in New York on March 2, 2020 in New York City. A female health worker in her 30s who had traveled in Iran contracted the virus and is now isolated at home with symptoms of COVID-19, but is not in serious condition. Cuomo said in a statement that the patient “has been in a controlled situation since arriving to New York.” (Photo by David Dee Delgado/Getty Images)

The report detailed Cuomo’s attempt to discredit his first public accuser, Lindsey Boylan, after she accused him last December of making inappropriate comments, but before she explicitly detailed allegations of unwanted touching and kissing. 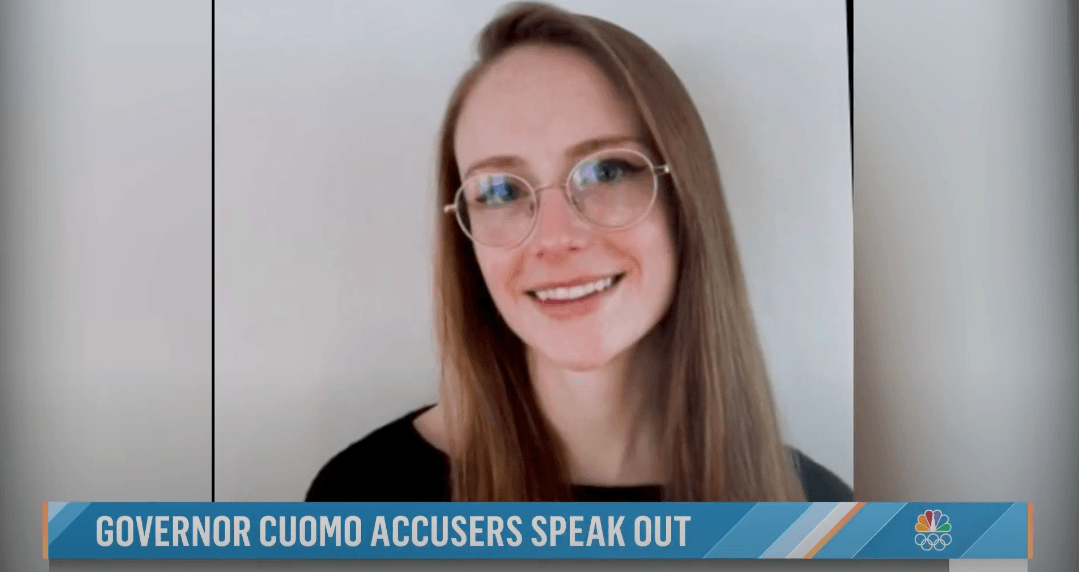 “Ms. Kaplan read the letter to the head of the advocacy group Times Up, and both of them allegedly suggested that, without the statements about Ms. Boylan’s interactions with male colleagues, the letter was fine,” the report said, without explicitly naming Tchen.

The letter was ultimately never released.

Later, after Boylan expanded on her allegations against Cuomo, Time’s Up called for an investigation.

“Instead of offering a sincere apology to the survivors, activists and allies she’s harmed, @TinaTchen goes out the same way our former Governor did — listing her accomplishments, pointing the finger at others, and attempting to justify her inexcusable behavior. Good riddance.” 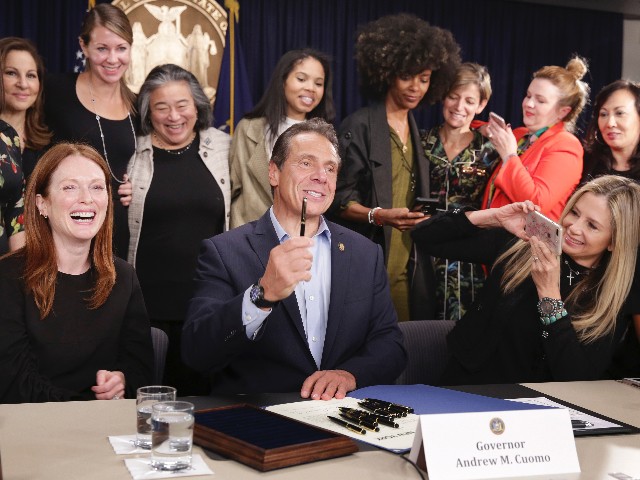 Surrounded by supporters and activists, New York Gov. Andrew Cuomo signs a bill that increases the statute of limitations in rape cases during a bill signing ceremony in New York, Wednesday, Sept. 18, 2019. Actresses Julianne Moore, left, and Mira Sorvino, right, were there as supporters of the bill and members of the Time’s Up movement, which advocates for women’s rights. (AP Photo/Seth Wenig)

Time’s Up got its start in January 2018 amid outrage over sexual misconduct by the film producer Harvey Weinstein. More than 300 women in entertainment — from television powerhouse Shonda Rhimes to actresses Reese Witherspoon and Eva Longoria — signed an open letter that established them as founders.

Its high-profile debut continued with that month’s Golden Globes, in which attendees donned black and sported Time’s Up pins to call attention to the movement for gender equality. 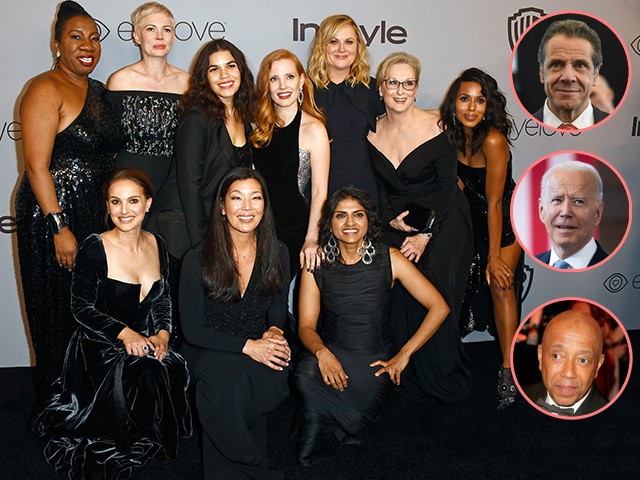 The five of the biggest scandals that have hit Time’s Up.

3. Time’s Up declined to support

Tchen previously served as an assistant to then-President Barack Obama, chief of staff to then-first lady Michelle Obama and executive director of the White House Council on Women and Girls. She co-founded the Time’s Up Legal Defense Fund in 2017, along with Kaplan and two other women. The fund was established to help everyday survivors with legal costs, and had raised nearly $22 million less than a year after its founding.

In a statement Thursday, the Time’s Up board praised Tchen’s tenure, saying she “has made a difference in the lives of so many and we are grateful for her hard work and impact.” But accepting her resignation was a measure of accountability, the board said.

This isn’t the first time the advocacy group has been roiled by leadership issues. Tchen took the helm in 2019, after former WNBA president Lisa Borders stepped down as president and CEO following sexual misconduct allegations against her own son.

Tarana Burke, the founder of #MeToo and a member of Time’s Up’s extended board, offered her perspective on the troubled waters earlier this week to The Associated Press. She described Time’s Up as a young organization with good intentions that’s now grappling with how to wield power.