The third annual Savage x Fenty fashion show dropped on Amazon on Friday, September 24, which caused some fans to question why the pop star had actress Vanessa Hudgens and model Emily Ratajkowski sport braids during their appearances. 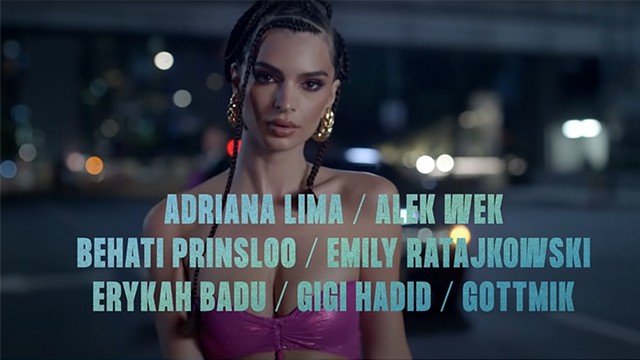 “Loving everything about this show except why are white women in braids??? Rihanna?? What’s good!? I need answers,” one Twitter user wrote.

“Rihanna really loves putting non black ppl in braids for her fenty whatever show and then call it ‘mad ethnic right now’ — Literally just saw Vanessa [Hudgens] in feed-in type long ass braids like [I know] those were done by a igerian hand most def,” another tweeted.

“Vanessa Hudgens wearing braids at the savage fenty show,” one Twitter user commented. “I just want to point out she is not black. She is black passing — she’s half Filipina.”

if you're mad at how vanessa hudgens was styled by the fenty team? make sure you have the same woman hating energy for emily ratajkowski too. pic.twitter.com/eGGgIYEBVs

“excited for savage fenty show but who thought it was a good idea to give emily ratajkowski braids,” another wrote.

“why did rihanna let vanessa hudgens and emily ratajkowski wear braids in the fenty show,” another Twitter user asked.

rihanna has white mfs in braids for the savage x fenty show… pic.twitter.com/Ains73IavQ

This was not the first time Rihanna’s fashion show received backlash.

Last year, the pop star was accused of “cultural appropriation” over a song — Coucou Chloe’s “Doom” — used during the performance, which contained sampled Islamic phrases called “Hadith,” according to a report by Maxim.

Muslims reportedly reacted with anger and indignation, expressing their dismay on social media. The singer swiftly apologized and thanked “the Muslim community for pointing out a huge oversight that was unintentionally offensive.”

“I would, more importantly, like to apologize to you for this honest, yet careless mistake,” Rihanna added. “We understand that we have hurt many of our Muslim brothers and sisters, and I’m incredibly disheartened by this!”

“I do not play with any kind of disrespect toward God or any religion and therefore the use of the song in our project was completely irresponsible!” the pop star added. “Moving forward we will make sure nothing like this ever happens again.”

Rihanna, Hudgens, and Ratajkowski, however, have not responded to the latest scrutiny.

Over the years, other stars have also been accused of appropriating black culture.

Last year, model and fashion mogul Kylie Jenner was accused of being a “culture stealing colonizer” for making a cameo appearance in a leopard print outfit for Cardi B and Megan Thee Stallion’s new “WAP” music video.