Time-Life’s The Ultimate Richard Pryor Collection: Uncensored is one of those rare products that delivers as advertised. Everything Richard Pryor is here on 13 DVDs that contain 26 hours of material.

Thanks to Time-Life, I spent the weekend with Richard Pryor. But because I couldn’t stand the idea of watching him deteriorate, I watched it backward, starting with the two documentary films, Richard Pryor: Omit the Logic and I Am Richard Pryor and his final live performances from the 1990s. 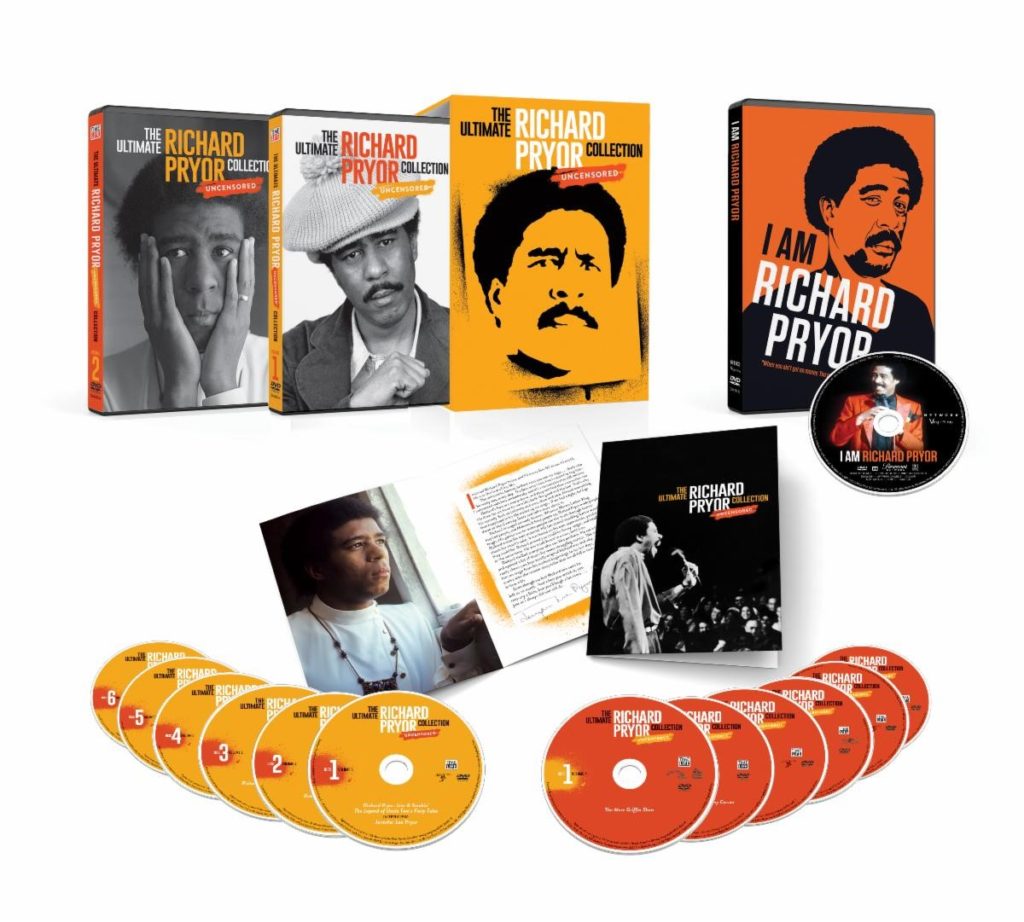 From there, I worked my way back through his autobiographical feature film, Jo Jo Dancer, Your Life Is Calling (1986), his four concert films (1971’s Live & Smokin’, 1979’s Live in Concert, 1982’s Live on the Sunset Strip, and 1983’s Here and Now ), and then sampled Pryor’s very early appearances on the Merv Griffin Show, along with is career-high appearances with Johnny Carson and Dick Cavett.

Hell, I even watched one of the five episodes of his Saturday morning children’s show Pryor’s Place (1984), which are included; along with all four episodes of The Richard Pryor Show (1977) and the blockbuster TV special that preceded it.

The highlight, of course, is Richard Pryor: Live in Concert (1979), which is and always will be the greatest single performance of stand-up comedy ever captured on film. This is Pryor at the height of his powers, a man who knows who he is, has found his public persona, and knows exactly what he wants to say.

You can see Pryor’s early phase in his Merv Griffin appearances, which are all incredibly entertaining.   Pryor was in his twenties then and it was all already there, primarily the blazing intelligence that made him the perfect talk show guest.

Eventually, though, Richard Pryor came to hate that Richard Pryor and, in 1967, famously walked out of a lucrative Las Vegas gig. From there he moved to San Francisco, which was at the height of the counter culture movement. This era, what I call the “searching and angry era,” is captured in Live & Smokin‘, which was filmed in New York in 1971. It’s a pretty tough 47-minute sit, more of a cultural artifact than entertaining. Pryor seems to be overcompensating for his Bill Cosby years. He’s just angry and crude and only sporadically funny. The charm and pathos that made him a superstar were still a few years away.

And then at age 40 , it all caught up to him… The drugs, the drinking, the womanizing, and his heart-wrenching suicide attempt where he lit himself on fire.

At the time of the suicide attempt, he had already filmed Stir Crazy and Bustin’ Loose. Unfortunately, after that, with the exception of the underappreciated Some Kind of Hero (1982), the rest of his film career would be filled with a lot of embarrassments: Superman III, The Toy, Critical Condition, Moving, etc. 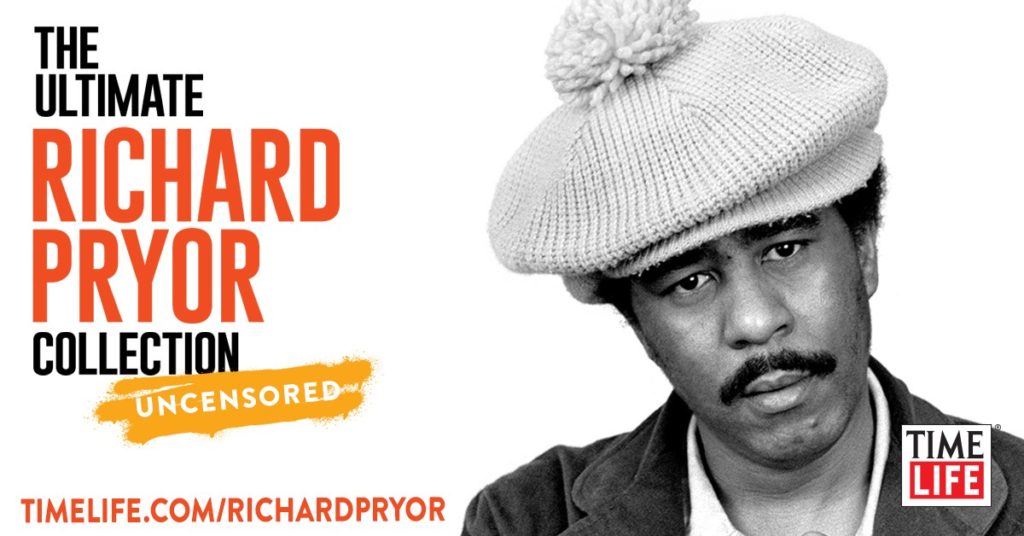 And as good as they are, and they are very good, his post-suicide attempt concert films — Live on the Sunset Strip and Here and Now — are missing a little something.  These films are still hilarious and well worth your time, are far funnier and more insightful than anything playing on Netflix today, but we mellow as we get older and that’s just a fact of life.

The truth is that even a diminished Richard Pryor, even that mid-90s Richard Pryor in a wheelchair losing his speaking voice to MS, is hilarious is a hundred times braver and more truthful than today’s neutered, woke, and corporatized comedic class.

You see, nobody told Richard Pryor what to do or what to say, and that’s what I loved about him. One day he’s slashing away at God and “whitey” and the next he’s at a Hollywood Bowl gay rights fundraiser letting the hypocrites have it: “When the n***ers were burning down Watts, you motherfuckers were doing what you wanted on Hollywood Boulevard, didn’t give a shit about it!” Then he turned to the booing crowd, bent over, and told them to “Kiss my happy, rich black ass.”

The other thing I loved about Pryor was that there was no self-pity. Today, our celebutard class milk their “trauma” for all its worth, going so far as to invent it. Not Pryor. Despite a horrific childhood, he didn’t want pity. He wanted only understanding and for us to see the humanity in street people and laughs.

Pryor’s 4th, 7th, and final wife (and now widow), Jennifer Lee Pryor, offers a lot of insights of her own. She’s quite candid about her life with this troubled genius. But she’s also not looking for pity or wailing on about her “trauma,” which is very refreshing.

As far as the highlights, on top of the four concert films and two feature-length documentaries, Pryor’s post-suicide attempt Tonight Show appearance is straight-up amazing.

Just as fascinating, but for entirely different reasons, is his 1985 interview with Dick Cavett. Cavett is so outmatched by Pryor’s intellect that at one point after he makes a stupid comment about race, he’s reduced to defensive sputtering while Pryor, cool as they come, says, “I’m still not sure what you mean by that.”

Pryor’s short-lived TV show is also a stone-cold classic, and Jo Jo Dancer, the only time Pryor stepped behind the camera, is no All That Jazz (1979), but was better than I remembered.

If you love Richard Pryor, if you love comedy, if you miss America’s golden era where we were still free to speak our minds, Time-Life’s The Ultimate Richard Pryor Collection: Uncensored is a real treat.

The collection is also a sad reminder that Richard Pryor could not be Richard Pryor today. If he was born 40 years later, he would either be smothered into conformity like the rest of today’s so-called comedians, or he’d be blacklisted.

Imagine the talent that might be out there right now that our fascist left-wing culture is ensuring never has a voice.

What a terrible time for our culture.