The Walt Disney Co. is reportedly rolling out a sticker system to use on the sets of its movie and TV productions as a way to distinguish workers who have received the COVID-19 vaccination.

Disney will implement the system starting this month on all of its new productions that require visible proof of  vaccination, according to The Hollywood Reporter. Those people working in “Zone A” — which is the area closest to the actors — and who are fully vaccinated will have a wristband, while others will not.

The sticker system poses a thorny ethical dilemma for Disney since it would essentially force workers to make their private health information known to their colleagues. Non-vaccinated workers could face on-the-job discrimination as a result of their forced disclosure. As the Reporter noted, there is no universal vaccine mandate in place for the entertainment industry, meaning actors and crew members face a confusing patchwork of rules as they move from project to project.

Other studios to implement vaccine mandates for employees include Netflix and WarnerMedia. 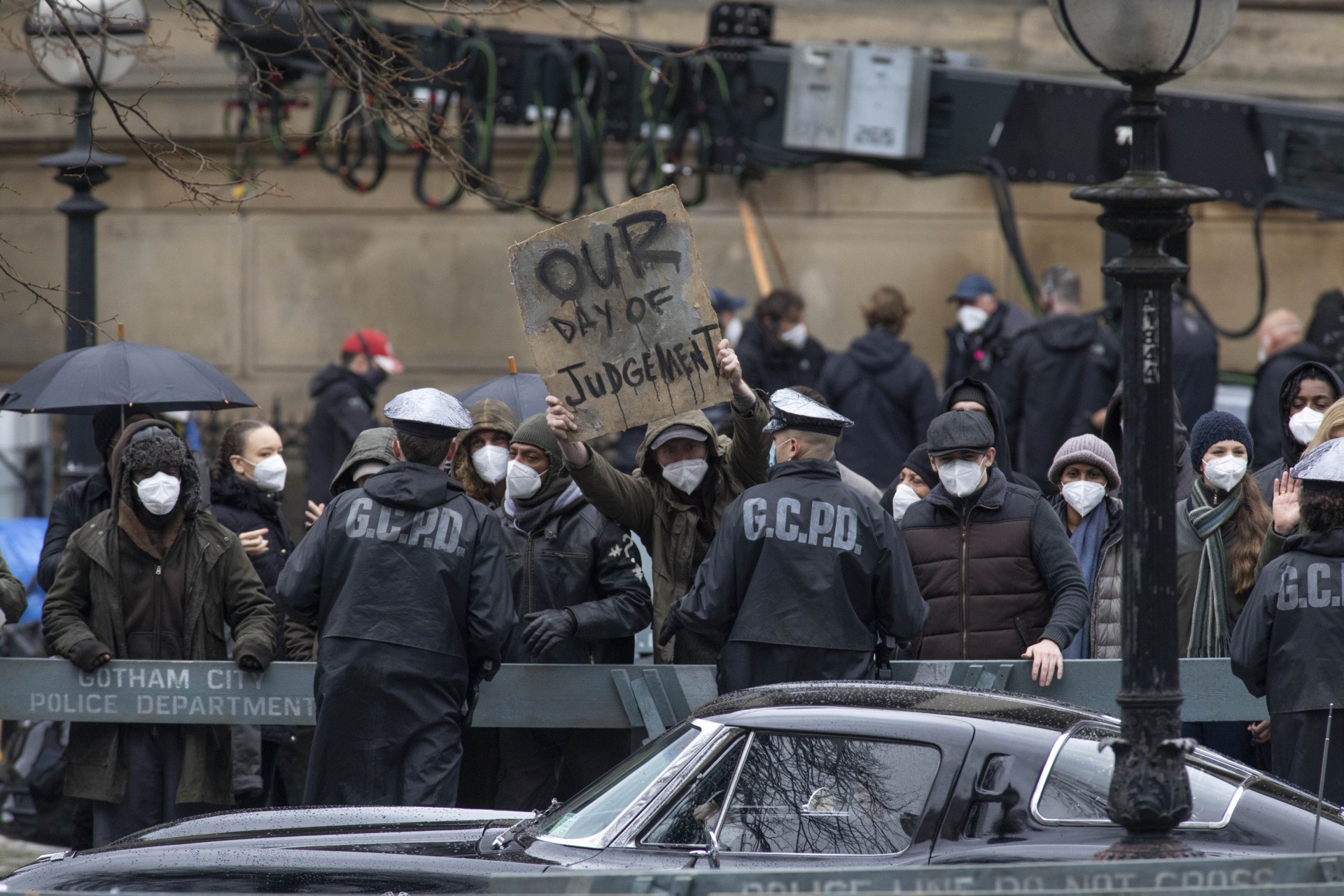 A group of extras and actors rehearsing a scene during filming of The Batman movie which is taking place outside St. George’s Hall, Liverpool, England this week. (Colin McPherson/Getty Images)

Netflix, for example, is already requiring vaccinations for all actors working on the streamer’s U.S. productions as well as crew members working in “Zone A.”

Disney appears to be the first studio to implement a visible vaccine designation for its on-set workers. The studio has mandated all employees get vaccinated against the coronavirus, but many actors and on-set workers don’t technically fall in the employee category.