The West Wing star Bradley Whitford freaked out over a series of Republican victories in Tuesday’s elections across the country, accusing Republicans of embracing a “racist Lee Atwater strategy” and dismissing parental concerns over education and Critical Race Theory — a driving force in the Virginia governor’s race —  as “utter bullshit.

“The GOP embraces, yet again, the racist Lee Atwater strategy, this time with their complete and utter bullshit about Critical Race Theory,” Whitford said in the early hours of Wednesday morning.

“To paraphrase S.A. Cosby, they want everyone to get over slavery while they can’t get over the fact that they lost the Civil fucking War,” the actor said, ignoring the fact that America’s first Republican president Abraham Lincoln launched and won the Civil War.

The GOP embraces, yet again, the racist Lee Atwater strategy, this time with their complete and utter bullshit about Critical Race Theory. To paraphrase S.A. Cosby, they want everyone to get over slavery while they can’t get over the fact that they lost the Civil fucking War.

Whitford failed to mention Winsome Sears (R-VA), a Jamaican immigrant making history as the first black woman to hold a statewide office after defeating Democrat Hala Ayala in the Virginia lieutenant governor’s race — a major victory that flies in the face of Whitford’s narrative of the GOP embracing racist strategies to win. 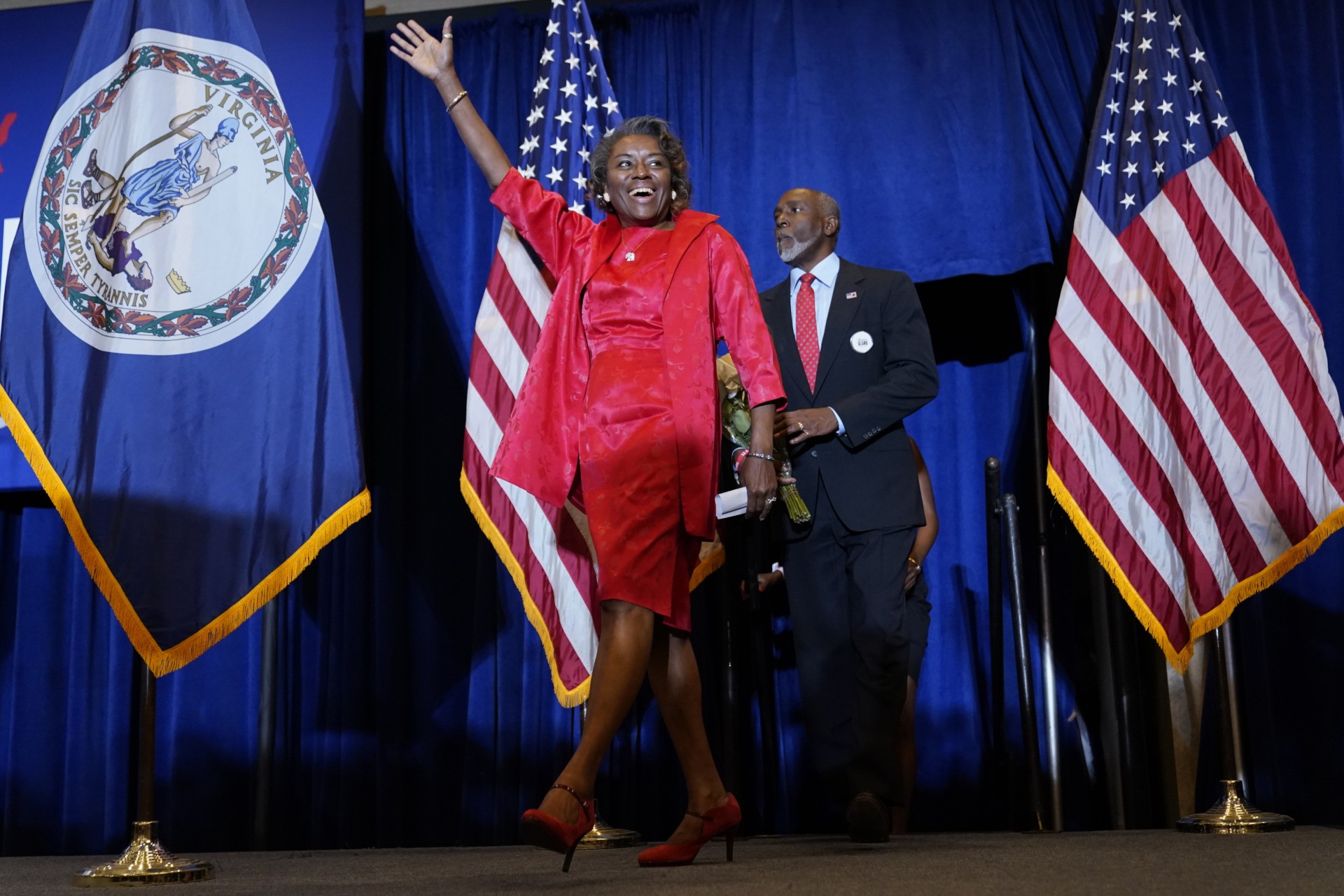 “There are some who want to divide us, and we must not let that happen. They would like us to believe we are back in 1963 when my father came,” Sears said during her victory speech.

“We can live where we want, we can eat where we want. We own the water fountains … I am living proof. In case you haven’t noticed, I am black, and I have been black all my life, but that’s not what this is about,” she said.

“We’re going to have safer neighborhoods, safer communities, and our children are going to get a good education … education will lift us all out of poverty,” she added.

Whitford also must’ve missed the election of Jayson Miyares, the son of an immigrant, who was elected attorney general of Virginia.

Indeed, education became a centerpiece of the battle between Democrat Terry McAuliffe and Republican Glenn Youngkin in Virginia’s governor’s race, as the former Democrat governor positioned himself as a candidate who would continue to put bureaucrats and government between parents and schools.

“I don’t think parents should be telling schools what they should teach,” McAuliffe said during September’s debate in a remark that quickly became a defining campaign quote for the Democrat — one Youngkin seized on.

All the while, McAuliffe has denied that Critical Race Theory (CRT), a divisive ideology essentially putting racism as the centerpiece of American history, is being taught in Virginia school, again ignoring the concerns of parents. Youngkin, meanwhile, vowed to hand power back to parents and teachers, expand school choice through a charter initiative, and ban the teaching of CRT.

Exit polls showed education rounding out the top issues on the minds of voters heading into Election Day. Capitalizing on these issues, Youngkin secured a victory in the Old Dominion State, 50.7 percent to 48.6 percent, or by over 71,000 votes.