During his trial in Chicago, former Empire star Jussie Smollett scolded the prosecutor for quoting the N-word from the texts Smollett sent that were introduced as evidence.

Smollett, who is being accused of faking a hate crime in 2019, lashed out at special prosecutor Daniel Webb during questioning saying that he did not want to answer strict “yes” or “no” questions on the stand.

Webb introduced as evidence a series of texts that Smollett had reportedly written to the Osundairo brothers, Smollett’s friends who prosecutors say colluded with Smollett to perpetrate the hoax. The texts contained multiple uses of the N-word, which Webb read out in court.

Smollett scolded Webb saying that he should stop reading the N-word “out of respect for every African American person in the room.” 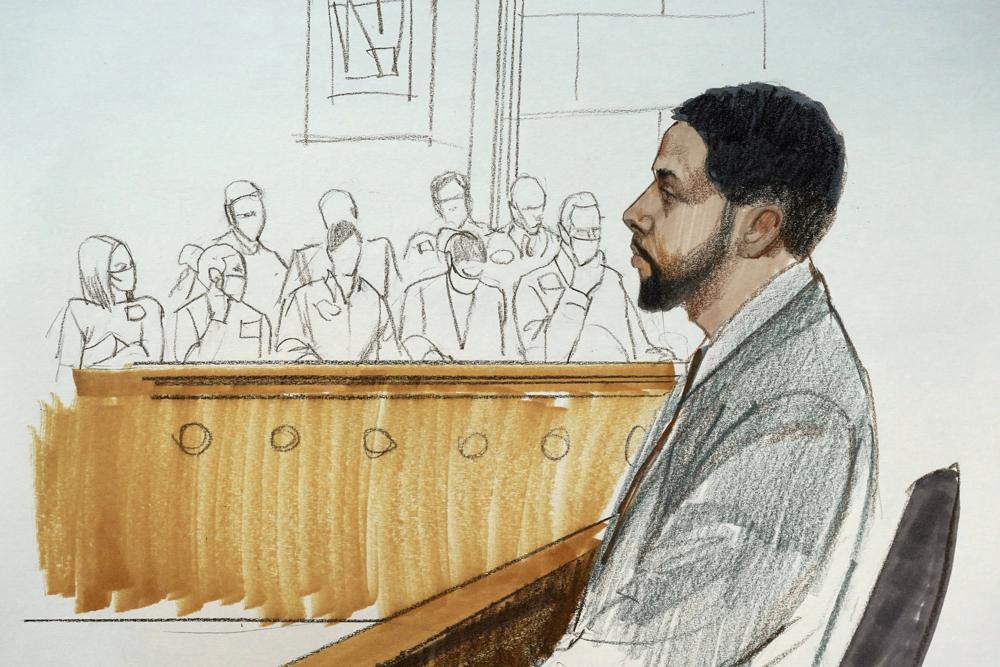 In this courtroom sketch, actor Jussie Smollett takes the stand in his own defense Monday, Dec. 6, 2021, at the Leighton Criminal Courthouse on day five of his trial in Chicago. (AP Photo/Cheryl Cook)

Webb apologized, after which Smollet replied smugly, “Apology accepted but it’s been used a lot.”

Smollett also admitted during the questioning that he changed his description of his attackers from “white” to “pale” because he didn’t want to “make the assumption that they were white.”

In previous testimony, Smollett stood defiant and insisted that he did not perpetrate any hoax, though he also admitted that he had done drugs and went to a bathhouse with the brothers accused of perpetrating the fake hate crime.

It was also revealed this week that CNN anchor Don Lemon had sent texts to the actor telling him that the Chicago Police had doubts about his version of that night’s events.

Before his testimony, Smollett’s attorney had asked the judge for a mistrial claiming that the defense could not properly cross-examine the Osundairo brothers, but the motion was denied.