Over 100 people, many of whom are fans of actor Johnny Depp, camped outside of a Virginia courthouse overnight hoping see Depp’s defamation trial against ex-wife actress Amber Heard.

Some fans have even traveled from overseas to camp outside the Fairfax County Circuit Court overnight in hopes of scoring one of the 100 seats in the main courtroom, according to a report by Fox News.

Nearly everyone who spoke with the outlet said they were in support of Depp.

“I’m really happy that the truth is coming out,” Sofia told Fox News. “Men can be victims, too, as you can see.”

Over 100 people camped outside the Fairfax County Courthouse last night, some coming from other countries, in hopes to see the #JohnnyDepptrial pic.twitter.com/kWhVK8yKO8

“We’ve been here since 8:30 p.m. last night,” Gabrielle, another Depp fan who drove in from North Carolina, explained.

Another woman who had been waiting in line with a group since 3:00 a.m. told the outlet, “We’re on Johnny’s team,” adding they were “with Johnny all the way.”

The Pirates of the Caribbean star is suing his ex-wife, seeking $50 million in damages, claiming that a 2018 Washington Post op-ed she wrote has harmed his movie career. Heard is countersuing seeking $100 million, claiming that Depp and his former attorney have conspired to “destroy and defame” her.

During the trial, Depp testified that Heard has physically attacked him, including throwing bottles of vodka at him — resulting in his middle finger being severed by broken glass — and putting a cigarette out on his face, among other claims.

Meanwhile, Heard has been caught changing her story on the witness stand several times. In one instance, the actress denied “ever” assaulting Depp, but later admitted that she has struck him.

Multiple people reportedly expressed that they felt the trial was important for highlighting domestic violence against men. 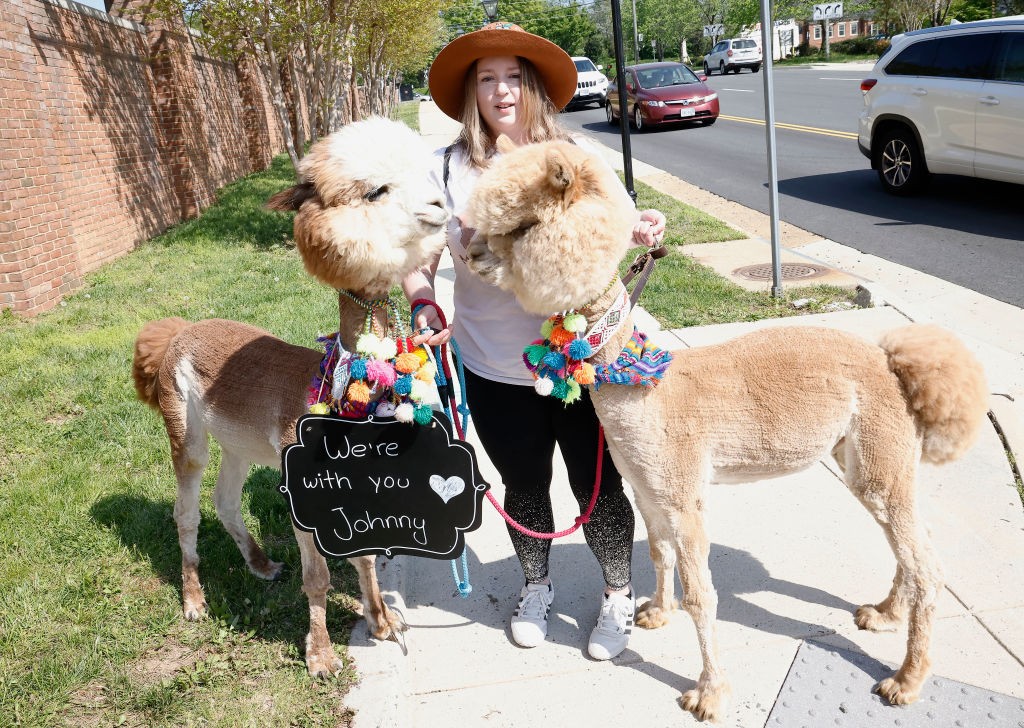 “I want people to look more at domestic violence against men,” one woman told Fox News. “I think we only look at it from a women’s point of view. Seeing it unfold in a courtroom, we’re able to get that insight on it.”

One Depp fan who traveled from London told the outlet that she became a “huge supporter of Johnny during the trial,” adding that it is “disgusting” how Heard twisted the “narrative.”