Two parents have claimed that The Flash star Ezra Miller has been grooming their daughter since she was 12 years old, to the point of becoming a toxic influence on her life now that she is 18.

On Wednesday, TMZ reported on legal documents profiling the alleged relationship between Miller and Tokata Iron Eyes since 2016.

“Tokata Iron Eyes met a then-23-year-old Miller in 2016 — when she was just 12 — and the actor was visiting the Standing Rock Reservation in North Dakota,” TMZ said of the allegations. “From there, Tokata’s parents say she and Ezra developed a friendship they believe puts Tokata at risk.”
In 2017, when Tokata was just 14 and Miller was 25, the parents claim she flew all the way to London to visit the studio where Fantastic Beasts and Where to Find Them was filmed. Though the relationship appeared innocent at the time, Tokata’s parents claim that Miller began supplying their underage daughter with alcohol, marijuana and LSD. The parents also claim that Miller “disrupted Tokata’s schooling at a private institute in Massachusetts so much, she dropped out in December 2021,” per the report. 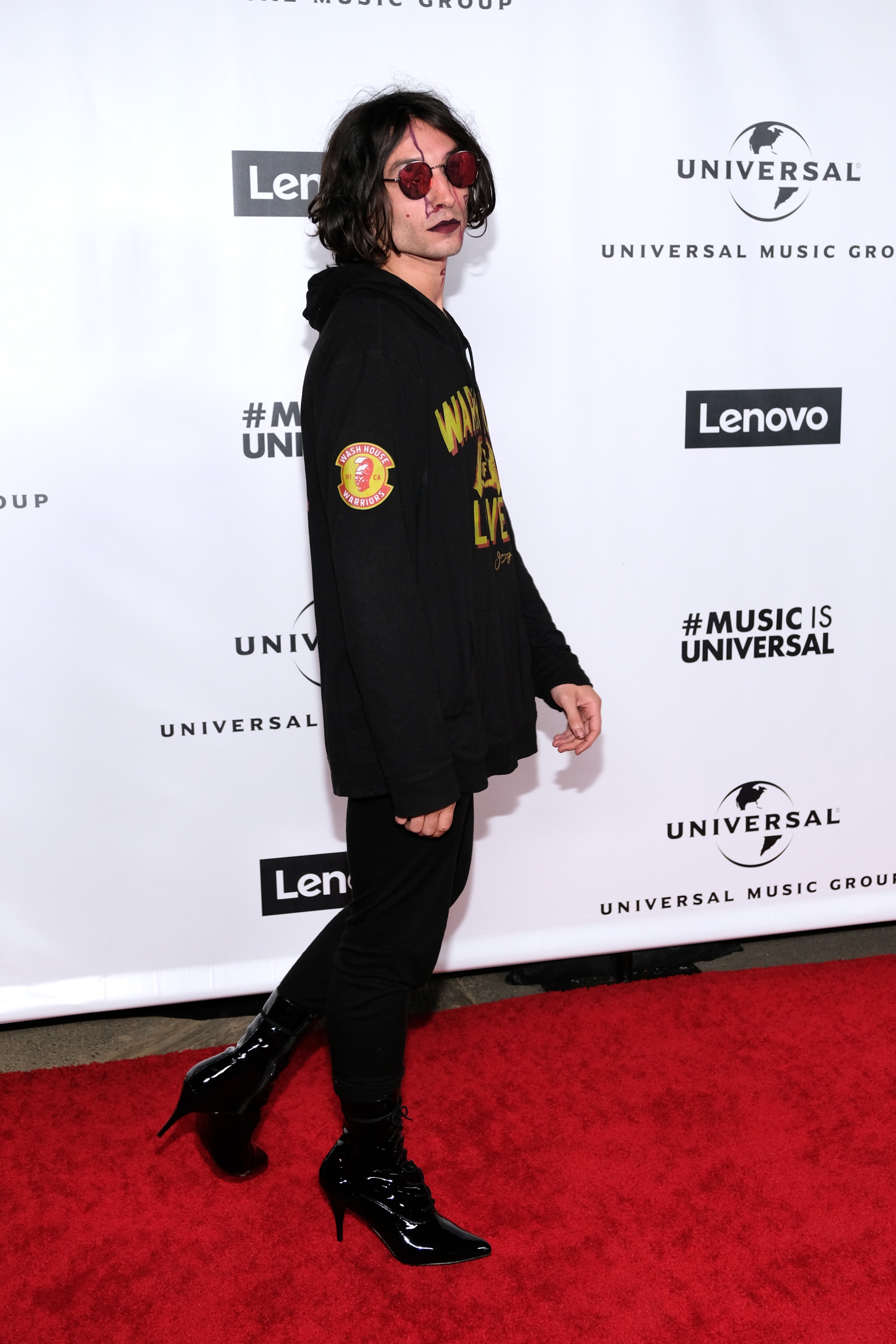 In January, the parents claim they traveled to Miller’s home in Vermont to retrieve their daughter only to discover she had no “driver’s license, car keys, bank card and other items needed to navigate life independently.” When they brought her home, Tokata allegedly fled to New York City in order to be with Miller. She was reportedly accompanying Miller in Hawaii during which he was arrested for attacking patrons at a bar.

“Ezra uses violence, intimidation, threat of violence, fear, paranoia, delusions, and drugs to hold sway over a young adolescent Tokata,” the parents allege. Though Tokata had previously declared herself “non-binary, queer, gay,” she has since allegedly started to identify as non-binary transgender at Miller’s prompting.
Tokata addressed her parents’ claims in an Instagram post on Monday in which she referred to Miller as her “comrade” who has provided love and support.

“My father and his allegations hold no weight and are frankly transphobic and based in the notion that I am somehow incapable of coherent thought or opposing opinions to those of my own,” she said.

Video emerged of Miller’s arrest in Hawaii recently appearing to show him scolding police officers for referring to him by the incorrect pronouns.

His arrest came nearly two years after disturbing video surfaced of Miller in 2020 that appeared to show him choking a woman at a bar in Reykjavik, Iceland.

“Oh, you wanna fight? That’s what you wanna do?” Miller could be heard telling the woman, who appeared to be flippantly flailing her arms as a possible taunt. Miller then proceeded to choke her and push her to the ground as a man, presumably a friend, could be heard saying, “Whoa, Bro, Bro, Bro …”

The altercation allegedly began when Miller, age 27, was confronted by a group of “pushy” fans. He was escorted off the premises shortly thereafter.

Ezra Miller also made headlines this past January when he posted an Instagram video telling Ku Klux Klan (KKK) members in North Carolina to just “kill themselves.”

“Look, if y’all want to die, I suggest just killing yourselves with your own guns. OK?” he said in the video. “Otherwise, keep doing exactly what you’re doing right now — and you know what I am talking about — then, you know, we’ll do it for you, if that’s really what you want. Talk to you soon, OK. Bye.”

Miller captioned the now-deleted post by saying: “Please disseminate (gross!) this video to all those whom it may concern. This is not a joke and even though I do recognize myself to be a clown please trust me and take this seriously. Let’s save some live now ok babies? Love you like woah.”

Ezra Miller did not specify why he made the video or was addressing a KKK chapter in a small North Carolina town.