Comedian Bill Burr said that women, not men, have failed the U.S. women’s national soccer team (USWNT) and Women’s National Basketball Association (WNBA) because women like to “destroy” each other rather than “watch that than a bunch of women come together as a team” in women’s sports.

“You’re in this situation you’re in, not because of guys like me,” Burr said during his Netflix special, Bill Burr: Live at Red Rocks. “There’s nothing stopping you, other than the fact that you guys are just into destroying each other.”

“If you could just support the WNBA the way you support a fat chick that’s proud of her body and is no longer a threat to you, that league would be doing better numbers than the NBA,” the comedian added.

During the bit, Burr brought up feminism and how the discrepancy between the salaries of male and female athletes is not the fault of men:

I saw a woman a couple months back, professional soccer player, she goes onto one of these sports channels, and she starts bitching, going like, ‘I don’t understand, how come female athletes don’t make as much as male professional athletes?’ And all of these men had to sit there and act like they didn’t know what the answer was to that.

I’m sitting at home, screaming at the TV: ‘Because you don’t sell any fucking tickets!’ Nobody is going to women’s soccer games. You’re playing in a 20,000-seat arena, 1,500 people show up, that’s not a good night. The promoter lost his fucking ass on that gig.

“Look at the WNBA,” Burr continued, “They’ve been playing in front of 300 to 400 people a night for a quarter of a century.” 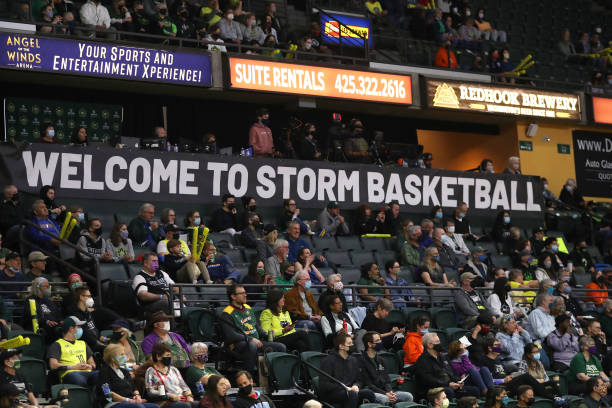 Fans watch play during a game between the Dallas Wings and the Seattle Storm at Angel of the Winds Arena on June 06, 2021, in Everett, Washington. (Abbie Parr/Getty Images)

“None of you showed up,” he added. “Where are all the feminists? That place should be packed with feminists — faces painted, wearing jerseys, going fucking nuts like the guys do. None of you went to the fucking games.”

“You failed them. Not me. Not men. Women failed the WNBA,” Burr affirmed. “Ladies, name your Top five WNBA players of all time. Name five WNBA teams. Name the WNBA team in your fucking city. You can’t do it. You don’t give a fuck about them.”

The comedian went on to point out how women like the Kardashians and Real Housewives stars are making a lot of money because that’s the content women actually do watch. 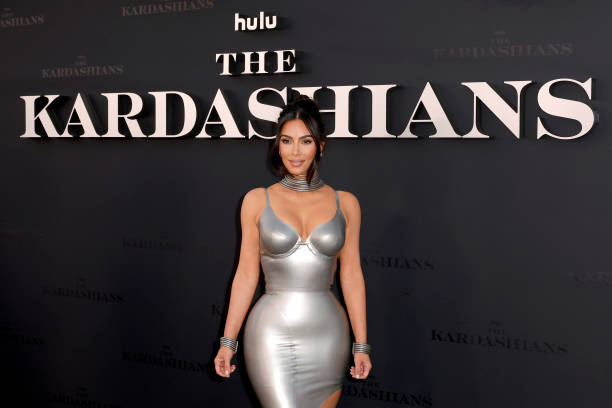 “You’d rather watch that shit, Real Housewives, a bunch of women just tearing each other down,” Burr continued.

“That’s the message you send: We’d rather watch that than a bunch of women come together as a team and try to achieve a common goal. We would rather watch them absolutely fucking destroy each other,” the comedian said.

“And then in the end, you come back, and you fucking yell at guys,” he added. “So let me get this straight: I have to buy you a drink, stop the ax murderer from coming through the fucking window, and I have to watch WNBA games for you?”