British tax payers have been funding illegal Palestinian homes on the West Bank despite the area being under Israeli jurisdiction, a dossier of photographs has revealed.

A report by NGOs, international lawyers and MEPs say the 400 homes erected in Area C of the West Bank, break international law; specifically the Oslo Accords to which the EU is a signatory, the Daily Mail reports. British charity Oxfam is at the centre of the scandal, with Israeli officials calling for an investigation into their involvement. 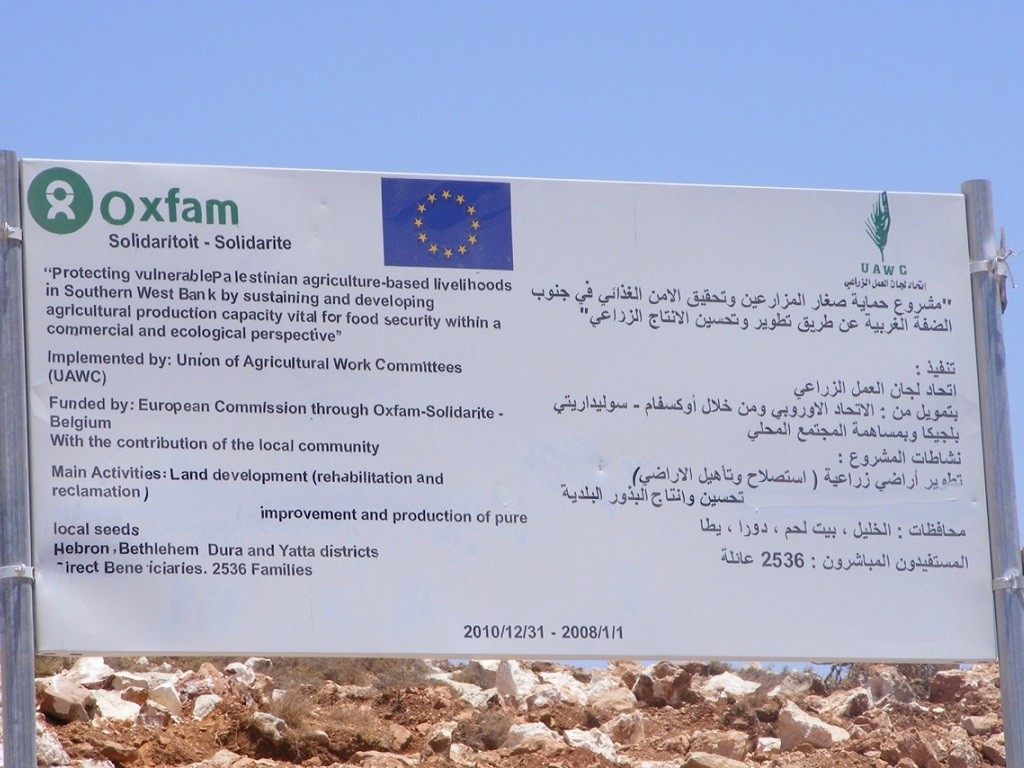 The homes, which cost tens of millions of euro to build and come from a fund which British tax payers are forced to pay into, have no permits. Official EU documentation reveals the building project is also a political project by the Pro-Palestinian European Union and is intended to ‘pave the way for development and more authority of the Palestinian Authority over Area C (The Israeli Area)’.

The homes, known locally as ‘The EU Settlements’ can be found in 17 locations around the West Bank and are easily identified by the EU flag which is proudly flown, along with stickers and signs of the political bloc and other NGOs including Oxfam.

The project was raised by Israeli NGO Regavim and has been backed by UKIP MEP James Carver, who on February 1st wrote a strongly worded letter to the European Parliament’s Foreign Affairs Committee, of which he is a member. International director of Regavim, Ari Briggs, said the projects were being used as a ‘Trojan horse’. 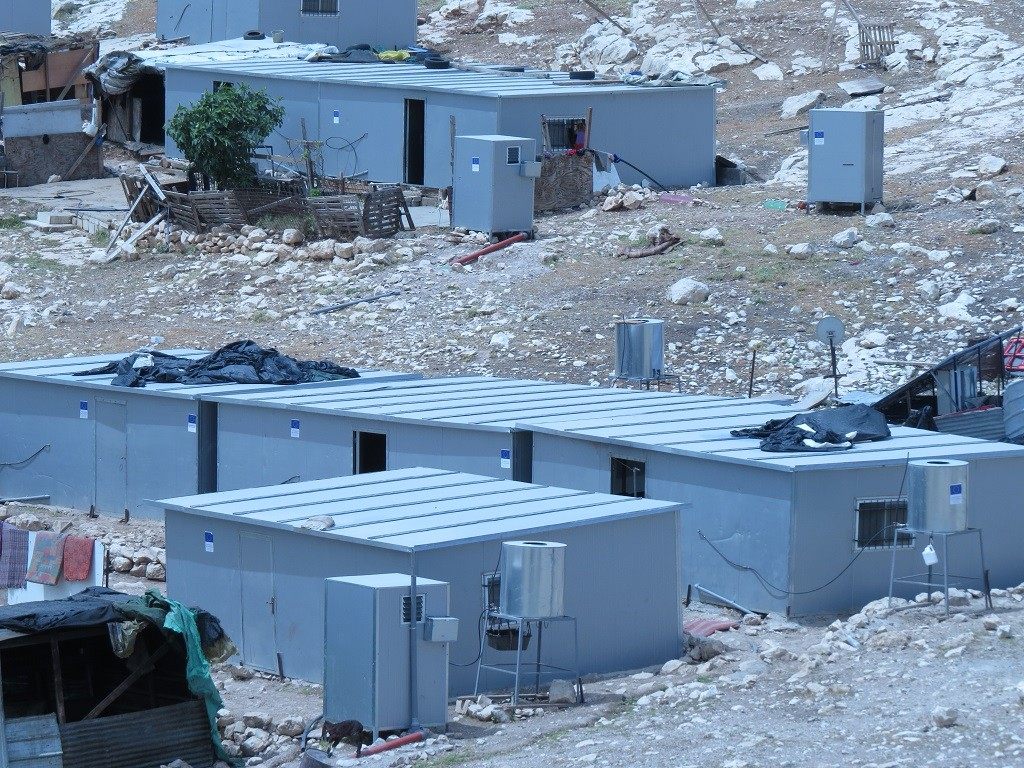 Speaking to Breitbart London, the group say they will be sending a letter to the European Parliament and are drawing up a submission to the EU ombudsman. They also say that they need to look at the prevalence of OXFAM ‘and its involvement in illegal activities in Israel.

“This is an attempt to unilaterally change the outcome of any future final status agreement in favour of the Palestinians and against Israel,” a spokesman said.

“Surely Europe has enough of its own problems without coming and escalating the Arab-Israeli conflict by condemning Israeli building in Jerusalem and West Bank while actively building illegal Palestinian settlements on the same contested land.

“The big story is not the symbolic Parliamentary votes to recognise a Palestinian State in EU capitals, it is the 100’s of millions of Euros of taxpayers money that is very active at work changing the status on the ground in Area C.” 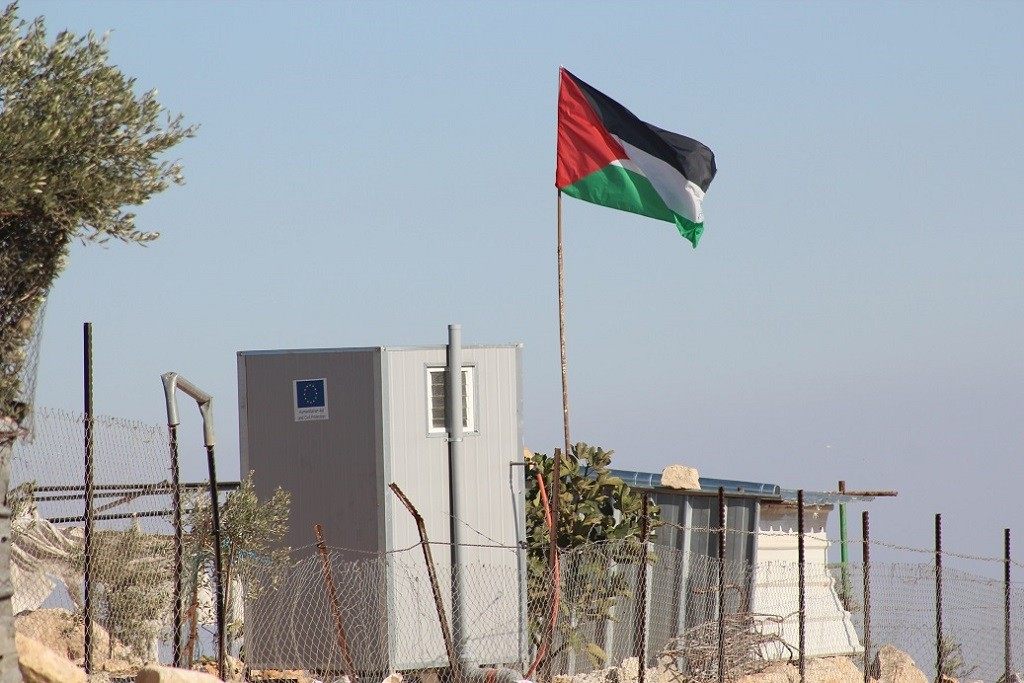 A flag flies above an EU cabin / REGAVIM

The group has been closely documenting the construction of buildings, including homes and schools. Despite photographic evidence, an EU spokesperson denied this was happening.

“The EU’s funding will provide training and expertise, to help the relevant Palestinian Authority Ministries to plan and build new infrastructure and enable people to reclaim and rebuild their land there,” she said.

“To date, no construction has started yet under these programmes. The EU is not funding illegal projects”

However she declined to comment when shown the photographs of the construction taking place, or the EU-Oxfam sign stating the main activities of the programme, rather than training, are “rehabilitation and reclamation” which under international law means that the EU is breaching the Olso Accords. Her statement was also contradicted by an EU spokesman in the West Bank, who accepted the construction was taking place.

“Palestinians have a right to live there, build schools there, have economic development.”

“This is part of the work done to build the future Palestinian state which will live side by side with Israel. If some people complain about this we should not forget the illegal Israeli settlements that are built on occupied Palestinian territory and are illegal under international law and constitute am obstacle to peace.”

Oxfam justified the breaking of international law, saying it was necessary on “humanitarian grounds”.

“In recent years, around 97 percent of Palestinian permit applications for building in the Occupied Palestinian Territory have been rejected by the Israeli Government.” a spokesman said.

“This means many Palestinian communities in Area C, which is under full Israeli Government control, are being prevented from building basic, essential structures such as homes and schools. 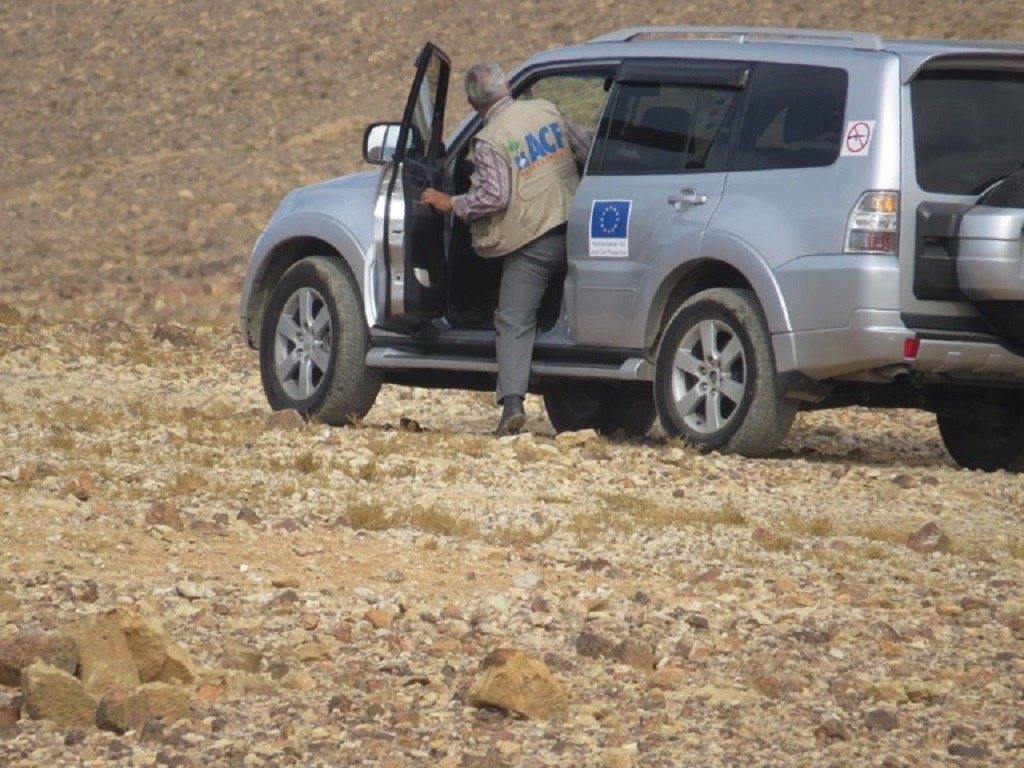 Mr Carver, who sits on the Committee which is responsible for monitoring these issues, wrote:

“The structures all bear the name and flag of the EU and official EU agents have been photographed participating in overseeing the construction, so the active involvement of the EU can hardly be denied.

“I kindly call upon you to do your utmost to bring an end to these illegal and destructive activities.”

The “double standards” of the EU were attacked by an Israeli government source. They said: “If Israel started building houses in the middle of Hyde Park, the British government would immediately take them down”.

“The EU is doing things that would never be acceptable in Europe”.

Two international lawyers have backed the findings from Regavim, saying the building breaches international law. Alan Baker, who took part in drafting the Oslo Accords in the Nineties, said that the EU’s actions were illegal.

“The EU is a signatory to the Oslo Accords, so they cannot pick and choose when they recognise it.”

“According to international law, all building in Area C must have permission from Israel, whether it is temporary or permanent.

“The same principle applies anywhere in the world. If you want to build, you need planning permission.

Breitbart London has contacted the Foreign and Commonwealth Office to ask if they will be investigating the matter further given that British money is being used in this breach of international law.