A former Labour peer who repaid £125,000 in wrongly claimed expenses, was given an interest free loan of £124,000 partly funded by a businessman accused of being a part of the Muslim Brotherhood. Baroness Uddin made the £125,000 payment despite previous claims from her husband that she was “too poor” to raise the money.

In 2009 she was exposed as having claimed the money by falsely stating she lived with her brother in Kent. In reality she lived at a property in Wapping, but her deception enabled her to claim £174 a night for hotel stays she never needed.

The House of Lords suspended her for 18 months and demanded she repay the £125k but she said she was unable to do so. In the end a spokesman confirmed she had paid the entire bill “in a lump sum”, something that had not been expected given her husbands claims about their financial situation.

But Uddin’s register of members’ interests declaration may shed some light as it shows she received a £124,000 interest-free loan from three sources. Two businessmen from the Islam Channel, Mohammed Ali Harrath and Sufyan Ismail contributed £10,000.

Mr Harrath was accused of being a “leading member” of the Muslim Brotherhood by the group Stand For Peace. He was also the subject of an Interpol Red Notice for what the Guardian said was related to a conviction in Tunisia for terror related offences. 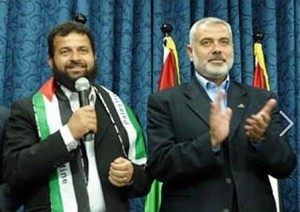 The notice has since been dropped but Harrath is believed to be close to the Hamas Leader, Ismail Haniyeh.

The Islam Channel itself has been accused of giving a platform to terrorist sympathisers and anti-Semitism. In November 2010 Ofcom ruled the channel had breached the broadcasting code after presenters supported violence against women, martial rape and accused women who wear perfume of being “prostitutes”. Despite this, it has received government funding in the past.

Baroness Uddin was appointed to the House of Lords by Labour in 1998. At the time she was the first Muslim appointee and the youngest woman ever to receive a life peerage. But things turned sour when she was accused of claiming expenses she was not entitled to. Although she avoided prosecution over the affair she was thrown out of the Labour Party.

Allegations a peer took money from a source within the Muslim Brotherhood come amidst widespread concerns about the closeness of Labour politicians and the group. Last week Breitbart London reported the Brotherhood had given money to a Labour MP and had sponsored an event that was addressed by Ed Miliband.

The Muslim Brotherhood is currently under investigation by the former British ambassador to Saudi Arabia, Sir John Jenkins. He is likely to clear it of direct involvement in terrorism but his report is expected to demonstrate “clear links” between the Brotherhood and Hamas.

According to sources close to Jenkins, his report is likely to “trigger further action” against some of the groups that link the two.