Wednesday’s Liberal Democrat campaign launch was a little bit of a disaster. OK, it was a big disaster. We run through the Top Ten problems with the proceedings:

10 – Warehouse Venue: There is nothing less cool than trying to ‘hang with the kids’ when you are a middle aged politician. The trendy industrial chic venue in Battersea looked about as good on Nick Clegg as skinny jeans on Jeremy Clarkson. 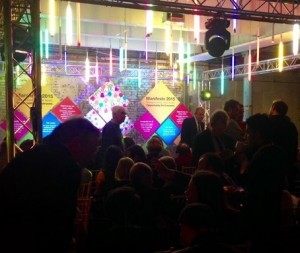 The room was awful, but the decor was worse.

9 – How They Made The Venue Worse: The Lib Dems decorated the venue with images of Nick Clegg and “conceptual art” on the walls. Were they building a Shoreditch nightclub or launching a programme for government?

8 – Ropey Policies: No Liberal Democrat manifesto launch would be complete without some crazed policies. There were loads of bad ideas but perhaps the most amusing was “reduce the risks of a return to the economics of boom and bust”. Where have we heard that before?

7 – Someone Put A Quid In the Meter: Just at the moment when Clegg was going to tell us all about how his green energy policies will change the world, the power failed.

6 – They Kept Digging: Despite the power failing the party still called for zero carbon energy production by 2050, a policy critics say will lead to more… er… power cuts.

5 – Journalists Not Allowed to Ask Questions: There are three guaranteed ways to annoy every senior journalist in the country. First do not allow journalists to ask questions, second replace their questions with plants from party stooges and third give the FT the only exception. 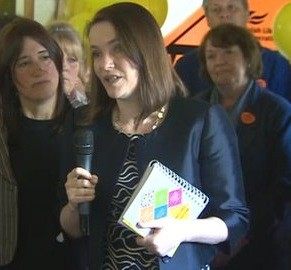 The questions were from Lib Dem stooges.

2 – Political Prostitution: The most memorable moment of the launch was when Clegg told us Lib Dems will add heart to Tories and brain to Labour… Unfortunately it also highlighted that the Lib Dems would do a deal with anyone to stay in power.

1 – Nick Clegg Himself: Everyone feels a little dirty after being talked down to by this holier-than-though head boy type. How can he talk about fairness when he is a convicted arsonist and spent years helping abolish our democracy at the European Union? On the plus side the power failure cut his mic.

EXTRA: Just in case today was not enough to satisfy your desire to listen to sanctimony, here is a bit more Nick Clegg, enjoy: