Biggs was defeated by Rahman in the 2014 mayoral election in the borough, but the result was annulled in April after a special election court found Rahman has committed electoral fraud in the pursuit of the mayoralty. Rahman had been found guilty of corruption, bribery and using “undue spiritual influence” over voters, with commissioner Mawrey accusing him of playing the ‘race card’ to evade criticism. 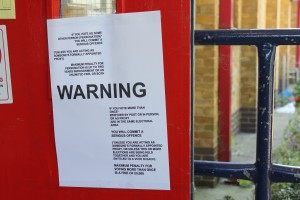 After taking 32,754 votes, Biggs will now control the huge Tower Hamlets £1 billion a year budget, money which under the Rahman years it has been claimed was used to favour special interest and ethnic groups to ensure re-election.

Breitbart London reported yesterday on the state of polling day, which saw a heavy police presence at polling stations across the borough to deter fraudulent practice. In an extraordinary move which may be without precedence in recent British political history, warning signs were posted at polling stations to inform locals of the potential jail sentences and fines for committing electoral fraud.

Despite from being debarred from standing, former mayor Rahman still loomed large over proceedings, as his former colleague Rabina Khan used his face and an endorsement message on her own posters and flyers. Her strong showing in second place with 26,384 votes shows the strong esteem Rahman is still held in the borough.

The BBC reports the comments of Biggs as he learnt of his victory: “Without dwelling too much on the past we should remind ourselves why we are in this position; there was bad behaviour.

“We need to overcome that, we need to move forwards, we need to recognise that Tower Hamlets is actually quite a magical place… where people come with traditionally quite little and build their dreams”.