Some 185,000 people applied for asylum in an EU country in the first quarter of 2015, up 90 per cent from the previous year, new figures reveal.

According to the EU’s statistics agency Eurostat the number of people seeking asylum has more than doubled as conflicts continue to rage in countries such as Syria and Libya.

However, there are large disparities in the proportion of migrants from various nationalities who are given approval. Those from Syria have the best luck, with 94 per cent of all asylum applications within the EU being accepted, compared to Kosovars and Serbians, of whom just one per cent each receive approval.

Europe has also seen a rise in the number of Eritreans trying to enter the continent, which comes as no surprise given the 90 per cent have their applications approved. Iraqis are also favoured, with 88 per cent being granted asylum. 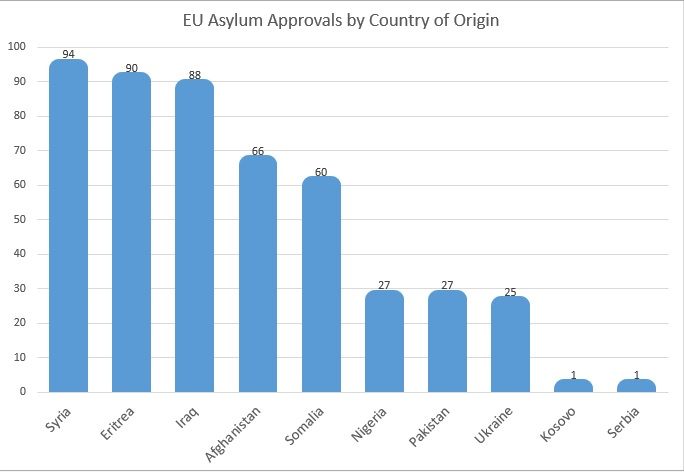 Sweden and the Netherlands also let in the vast majority of asylum seekers, granting 73 and 71 per cent of applications respectively. The only nations stricter than Britain are France with 27 per cent, Spain with 20 per cent and Poland, which approved just 17 per cent of asylum requests. 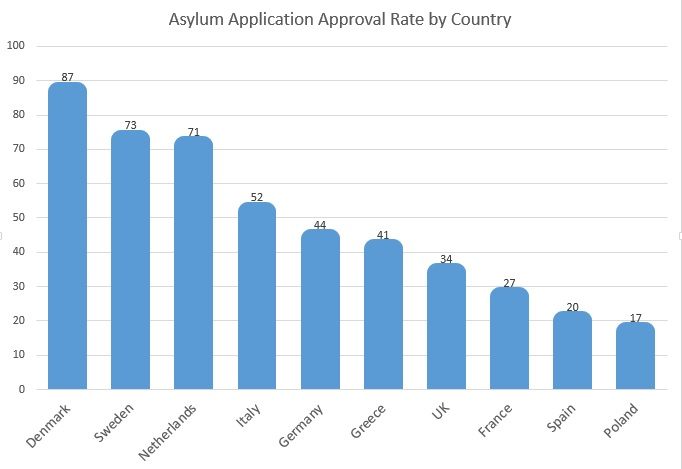 EU countries are now fighting over how to deal with the huge influx, with disagreements over a proposal to force member states to take quotas of the migrants who come ashore in Italy, Greece and other Mediterranean nations.

The plan looks set to fail, however, with Britain, France and Spain, among others, threatening to either veto or simply disobey the move.