London is the abortion capital of England, with over 30 per cent of all pregnancies in three of the city’s boroughs ending in termination, new figures reveal.

Lambeth, Southwark and Islington have the highest abortion rates in the country, with the capital’s boroughs making up the entire top 10, in figures that show how women across England and Wales now see having children as a low priority. 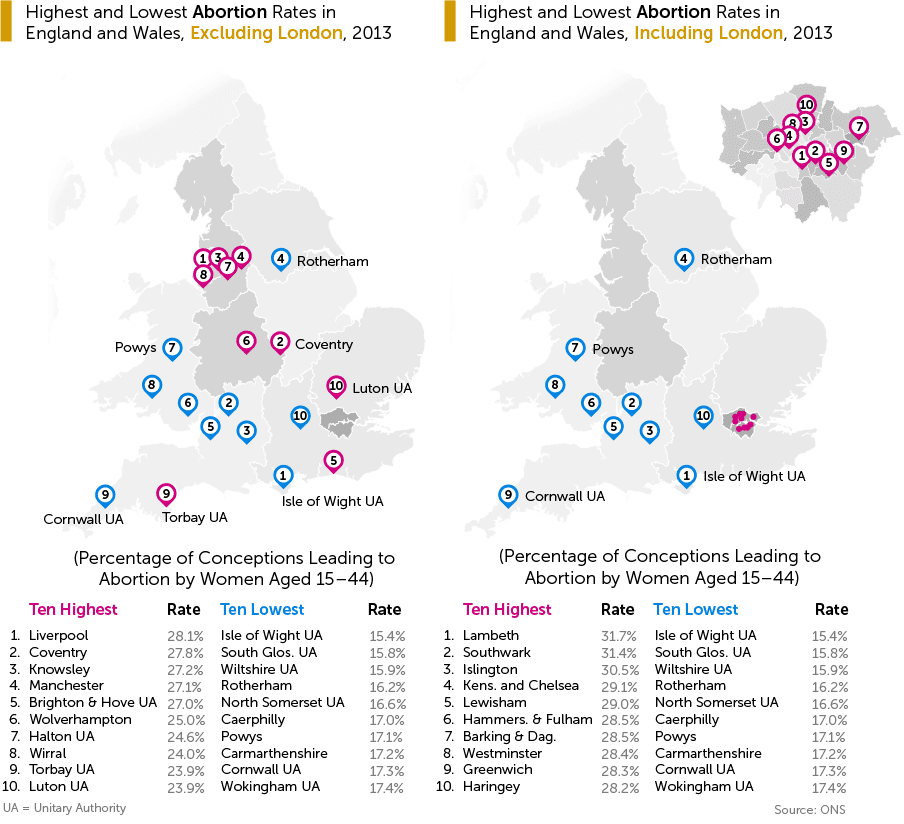 Barking and Dagenham, which has the UK’s seventh highest abortion rate, also has the highest conception rate in the UK, with 111.8 conceptions per thousand women age 15-44 in 2013.

Conversely, Islington, which has the third highest abortion rate in the UK, has the ninth lowest conception rate, with just 65.5 conceptions per thousand women. 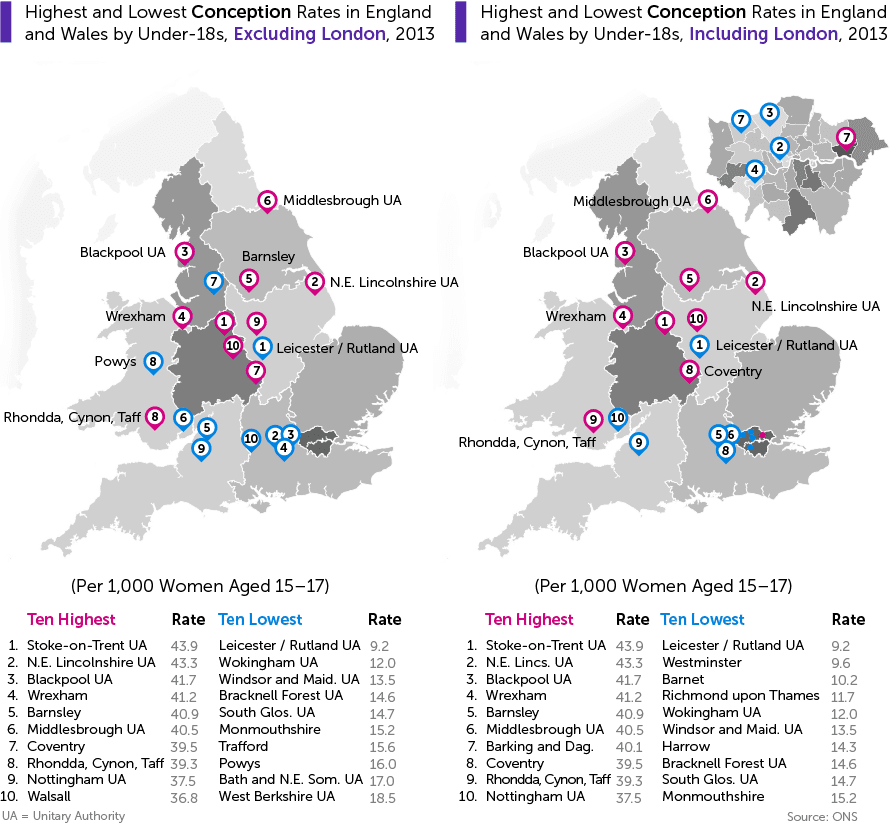 Outside of London, Liverpool has the highest abortion rate with 28.1 per cent of pregnancies in the city being terminating in 2013. Knowsley, Manchester, Halton and Wirral, all of which are also in the North West of England, feature highly too.

The data, collected on behalf of UK cosmetics store Superdrug, shows how younger women increasingly do not want to have children, with many putting the decision off until their later 30s over even 40s. 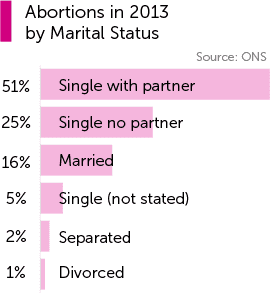 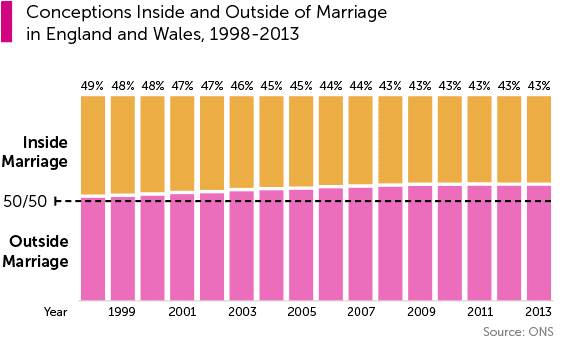 The vast majority of abortions, 81 per cent, were conducted for single (i.e. non-married) women, with just 16 per cent happening within wedlock.

Last month, Breitbart London reported how aborted babies account for over a quarter of all mortalities in England and Wales. The figure, which is not usually reported because abortions are recorded separately to other mortalities, has remained stable for the past few years, with abortions counting for between 27.05 and 28.17 per cent of deaths since 2010.