“The attacks didn’t come out of nowhere” said a speaker at last night’s Patriotic Europeans Against the Islamisation of the Continent (PEGIDA) rally in Dresden, Germany, as marchers called for an end to mass migration.

The meeting kicked off with one minute’s silence for the victims of the Friday night Paris terror victims, and those killed by the Islamic State in the Sinai peninsula aboard the downed Russian passenger jet. French flags were in evidence among the thousands present and speeches focussed on the link between migration and Islamist terrorism. 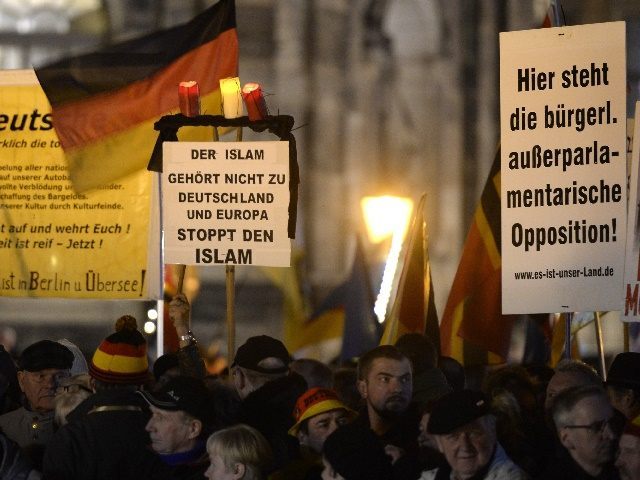 ‘The Islam, not part of Germany and Europe, stop the Islam’ / ‘Here comes the people. The non-parliamentary opposition!’ / ROBERT MICHAEL/AFP/Getty Images 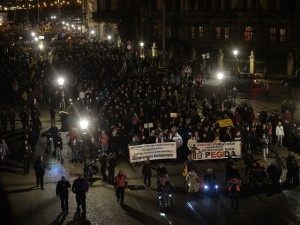 The PEGIDA ‘strollers’ walk towards the public square outside the city Semper Opera house, where their rallies have traditionally met / ROBERT MICHAEL/AFP/Getty Images 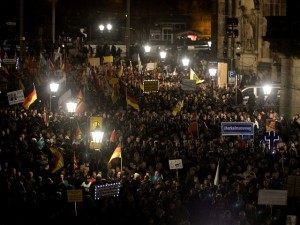 Without official police estimates knowing how many attended the stroll is difficult, as estimates vary from 9,000 to 20,000 / ROBERT MICHAEL/AFP/Getty Images

Co-organiser Siegfried Daebritz was one of those who addressed the crowds yesterday. He said of the Paris terror: “The attacks didn’t come out of nowhere.

“They are the result of an immigration policy that invites people from completely foreign cultures with completely different values into countries and regions whose culture many of these immigrants despise… eventually, this will have to stop”.

He called on Germany’s politicians to close the borders immediately and to ensure all those who enter the nation are properly fingerprinted. 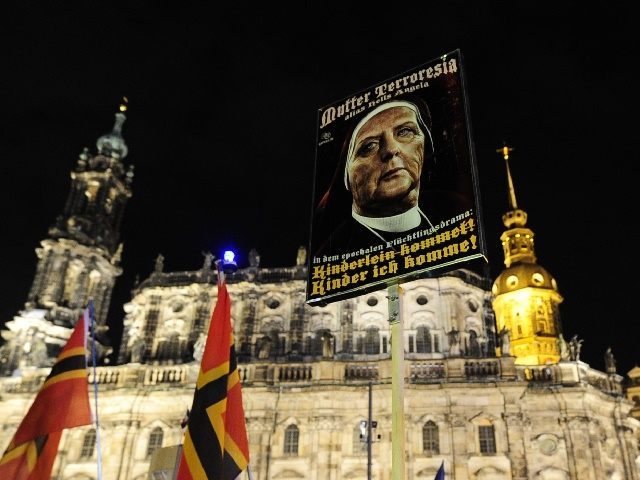 In a play on words on Catholic icon Mother Teresa, Chancellor Merkel is portrayed as ‘Mother Terrorista’ / ROBERT MICHAEL/AFP/Getty Images

Slamming the open borders of Europe that makes moving terrorists and weapons so easy, fellow co-organiser Tatjana Festerling said in a speech that it was absurd that “at the airport even a grandmother must hand in her nail file, but you can drive across Europe with Kalashnikovs and explosives”. 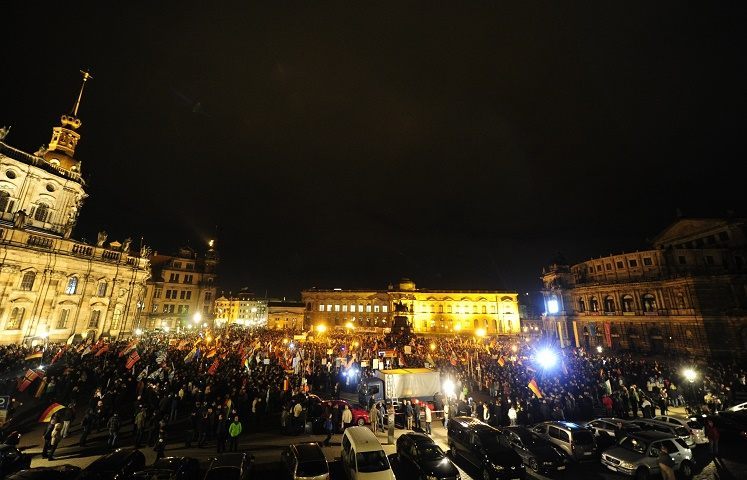 Some of the strollers assembled in the square. The Semper opera house to the right extinguished their lights for the march in protest, as they have every PEGIDA march for the past year / ROBERT MICHAEL/AFP/Getty Images

The German strolling movement, modelled on the peaceful protests against communist East Germany and Poland in the 1980s recently celebrated their first birthday and are enjoying a resurgence of support. Reaching attendances of 30,000 every Monday, the movement fell under great pressure from the German government, banning one of their marches over terrorism claims, and even publishing anti-PEGIDA propaganda for children. 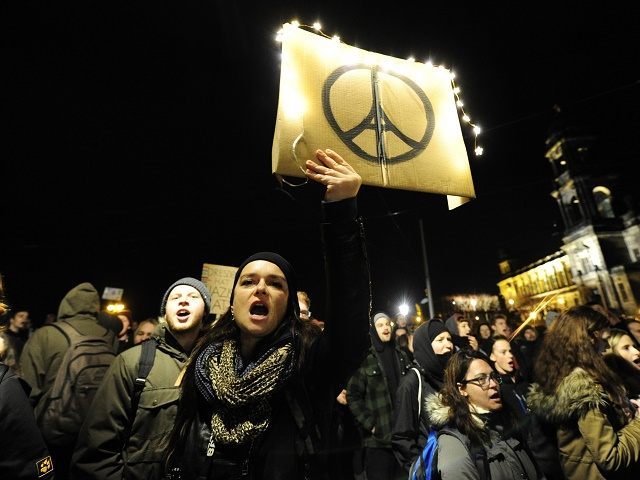 German police no longer give crowd estimates at PEGIDA marches, but a German student group have started doing so, and said last night’s march was between 9,000 and 12,000 strong. PEGIDA members have attacked the numbers as artificially low, and an anonymous police source with experience in crowd counting told German newspaper Die Welt he put the figure at 20,000. There were 500 counter protesters.