The Hungarian government has procured hand guns and thousands of rounds of ammunition for the security forces who protect the national central bank, citing concerns over terrorism and immigration. 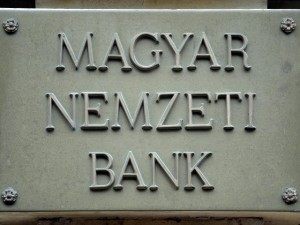 The National Bank of Hungary is to receive 112 new handguns and 200,000 rounds of ammunition to help protect the institution’s buildings and money transports, reports Bloomberg. The acquisition has been justified by bank governor Gyorgy Matolcsy in a written response to a member of parliament who claimed the bank was under threat from growing instability.

Classifying these disparate threats to his staff and institution as the “terror situation, bomb threats, migration”, the governor said he was working to “minimize residual risks” by upgrading armed security.

The fact the bank has recently assumed responsibility for the Budapest stock exchange and is now the regulator of the nation’s financial sector means it needs more protection, it is claimed.

The bank has its own private police force, like many others around the world, but the citation of the migrant crisis as a justification for upgrading the armament of officers protecting bullion vans and banks is unusual. Hungary is one of the most proactive countries in Europe in dealing with the migrant crisis, which initially hit the Eastern nation harder than most.

Acting in response to hundreds of thousands of migrants transiting through their country on their way north to nations like Germany and Sweden, the government of Viktor Orban embarked on a programme of fence building in 2015, successfully reducing the number of illegals daily from tens of thousands to just a few dozen.

While the migrant stream re-routed to neighbouring countries, the numbers illegally entering Hungary is once again on the rise. Though well short of previous highs, the mayor of flashpoint border town Ásotthalom  is once again reporting capturing illegals crossing the border.