Angry migrants have set huts alight, hurling rocks at journalists and even pro-migrant activists as authorities moved in to clear the sprawling shantytown otherwise known as the ‘Jungle’ in northern France.

Hundreds of riot police were deployed, using tear gas to disperse the migrant crowds and some hard left agitators who are still operating in the camps.

Authorities gave squatters in the camp a final order to leave at around 10am this morning, but a significant number resisted.

There was a ‘stand off’ with police at around midday before the migrants began to ‘riot’, throwing stones and lighting fires. According to the BBC, water cannon was used to extinguish the flames.

UK bound refugees in Calais 'Jungle' now setting fire to their tents as riot police try to evacuate them. pic.twitter.com/VZhjjh8zsW

Last week a French judge approved plans to evict hundreds of migrants and demolish the southern side of the camp. The northern side, meanwhile, containing shops, a mosque, and the new permanent accommodation built by the authorities, was spared.

Pro-migrant activists climbed that 3,500 people would be displaced. The authority, however, insisted that the number would be less than 1000. 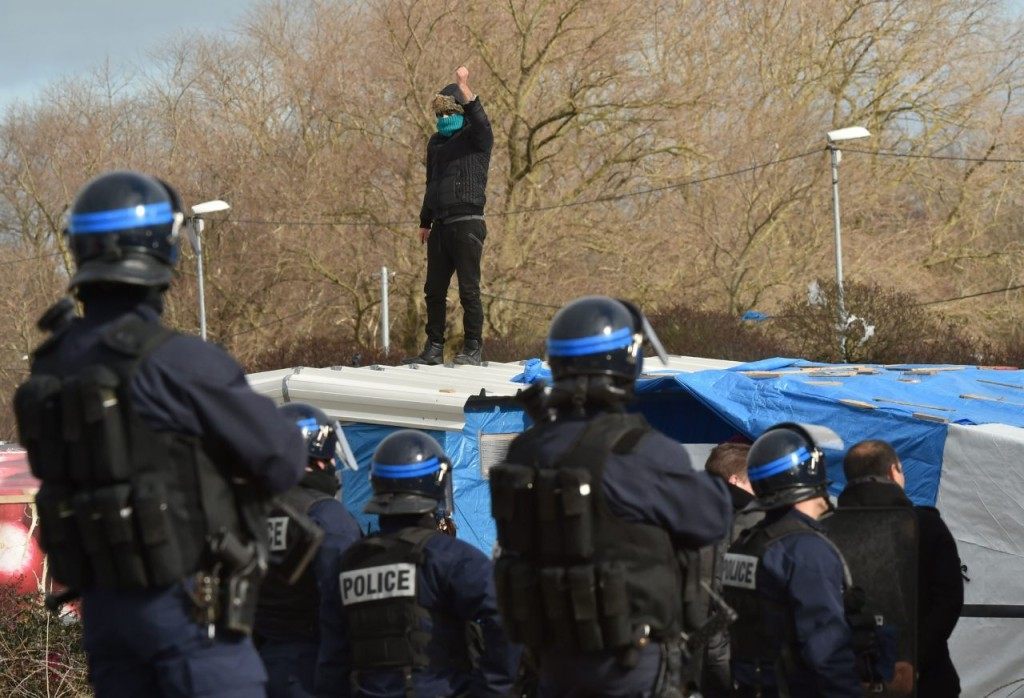 A man on a shelter’s roof refusing to leave gestures in front of anti-riot policemen as agents dismantle shelters on February 29, 2016 in the “jungle” migrants and refugees camp in Calais, northern France – PHILIPPE HUGUEN/AFP/Getty 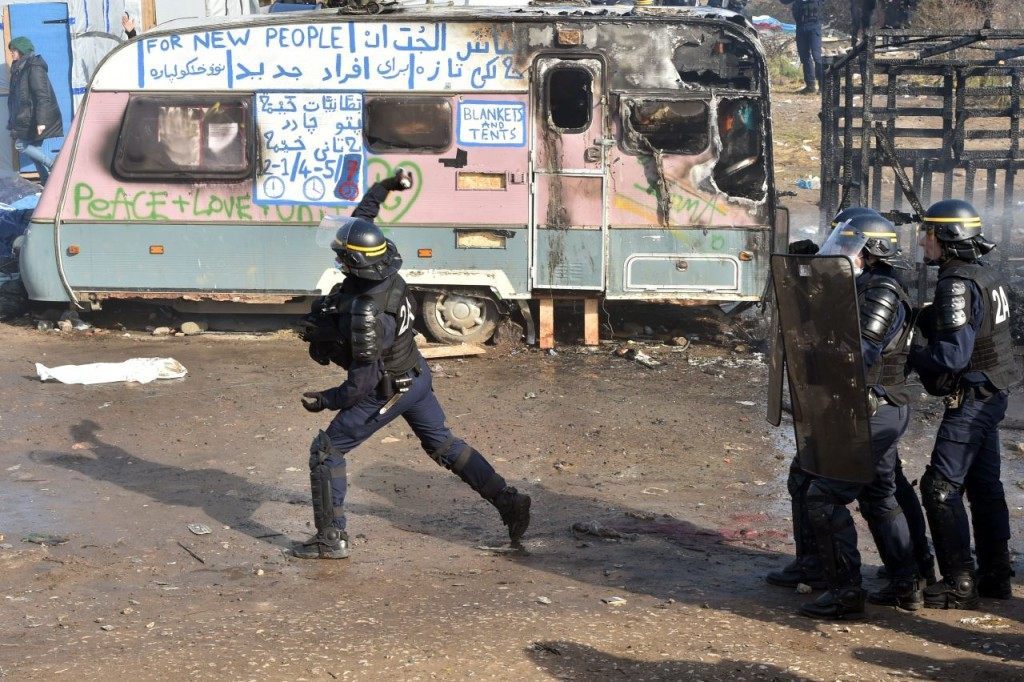 Official accommodation for hundreds of migrants has recently been built on the northern side of the camp out of shipping containers. The homes have proven unpopular because cooking fires are not allowed.

“We don’t really know yet what people will do, but it seems likely some will just be dispersed to other areas around Calais,” a spokesman for Help Refugees, a hard left British group operating in the camp, told the Guardian.

“We try to tell them that they are free… to make their own decisions,” Nathalie Seys of the social services department told the AP news agency last week, “and that, unlike what we are hearing, they will not be prisoners.”

Many residents are reluctant to leave the Calais area. “Going to Britain… is what people [here] want,” Afghan migrant Hayat Sirat told AP. “So destroying part of the jungle is not the solution.” 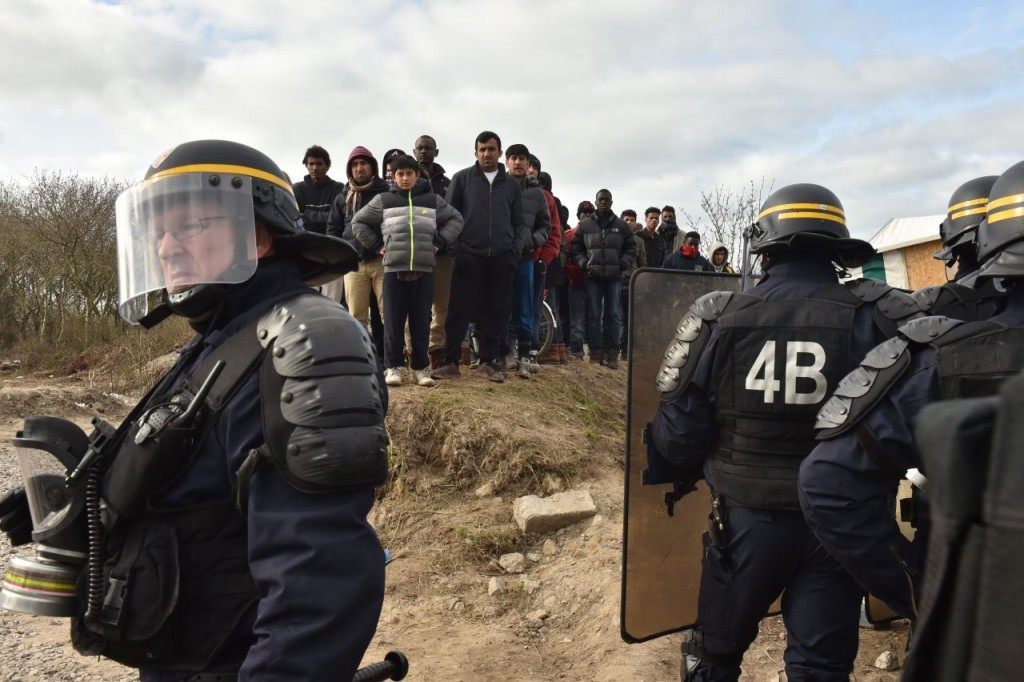 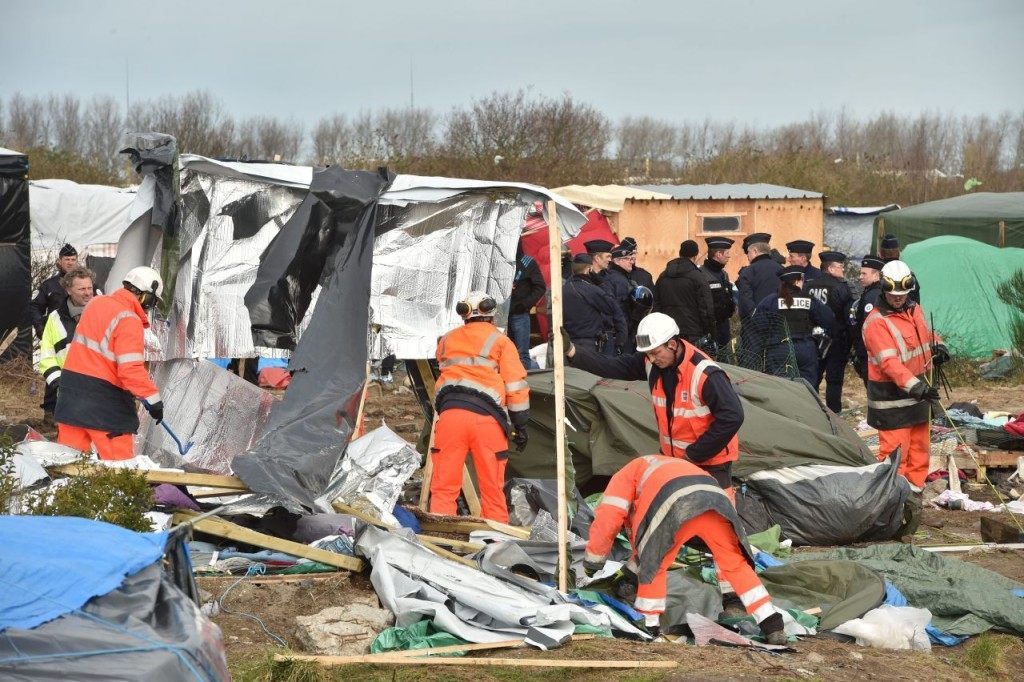 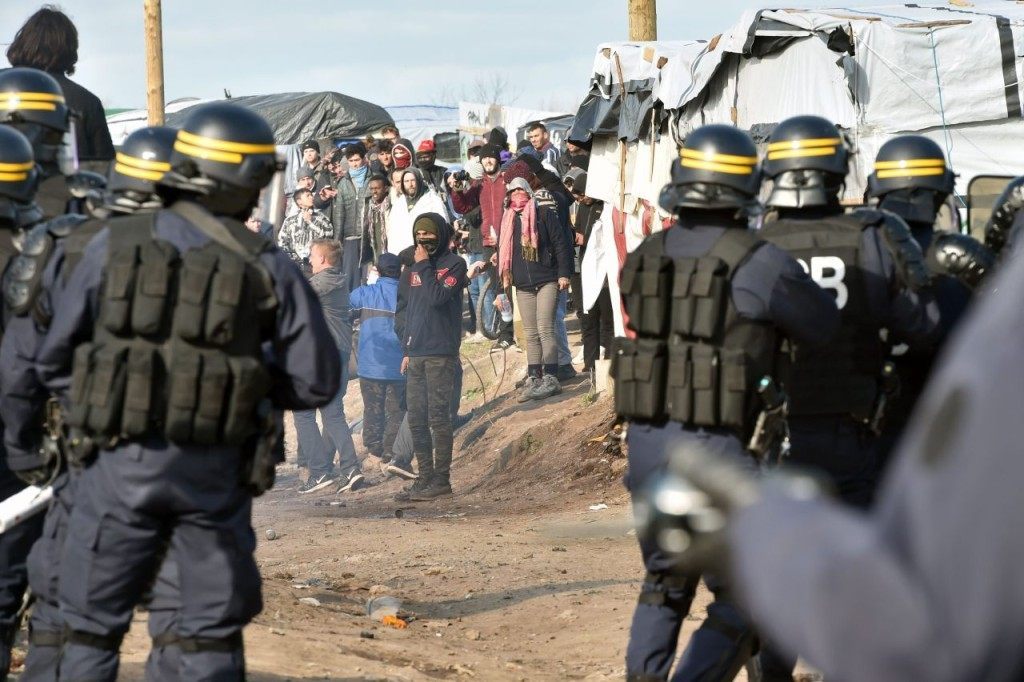 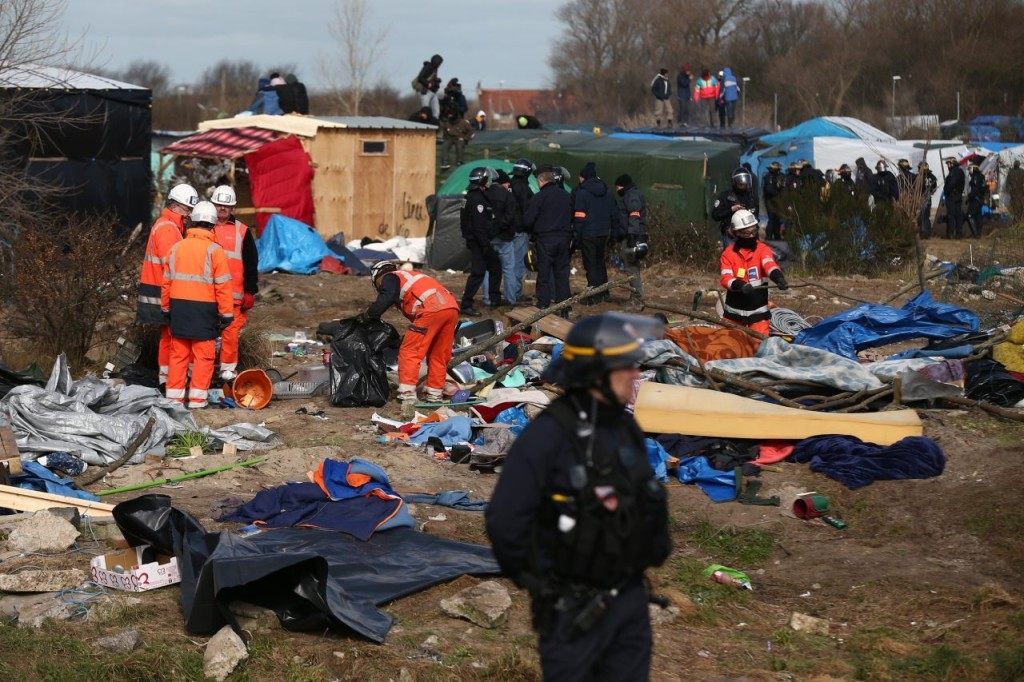