The Imam of the largest mosque in Scotland has praised the killer of a moderate Pakistani politician who spoke out against blasphemy laws and defended the countries only Christian politician, also murdered by Islamists.

Imam Maulana Habib Ur Rehman of Glasgow Central Mosque said the killer was a “brother” and “true Muslim”. Later, he insisted the comments had been “taken out of context”.

The Imam had used the messaging platform WhatsApp to show his support for Mumtaz Qadri, a member of the Pakistani Taliban who was hanged last month for murdering Salmaan Taseer.

Mr. Tasseer was a businessman, politician and liberal muslim who spoke out after the killing of Shahbaz Bhatti, Pakistan’s minorities minister who was the only Christian in the government.

After the shooting Mr. Qadri reportedly told journalists that he was “proud” and that he had killed a “blasphemer”.

Both Mr. Bhatti and Mr. Tasseer were opponents of the country’s blasphemy laws, some of the most draconian in the world, which are routinely used to target Christians.

The laws, however, command majority support in the Muslim majority nation – as demonstrated by the shocking spectacle of an estimated 100,000 people attending the murderer’s funeral to celebrate his crimes.

In messages seen by the BBC, Imam Rehman says that he is “disturbed” and “upset” at the news of Mr. Qadri’s execution, before writing “rahmatullahi alai”, a religious blessing usually given to devout Muslims and meaning may God’s mercy be upon him.

“I cannot hide my pain today. A true Muslim was punished for doing which [sic] the collective will of the nation failed to carry out”, he added.

In further messages, the Imam refers to Qadri as “brother” and says that, by killing his employer whom he was paid to protect he was “carrying out the collective responsibility of the ummat”, or Muslims as a whole.

His execution, he says, “is a collective failure of Pakistani Muslims”. 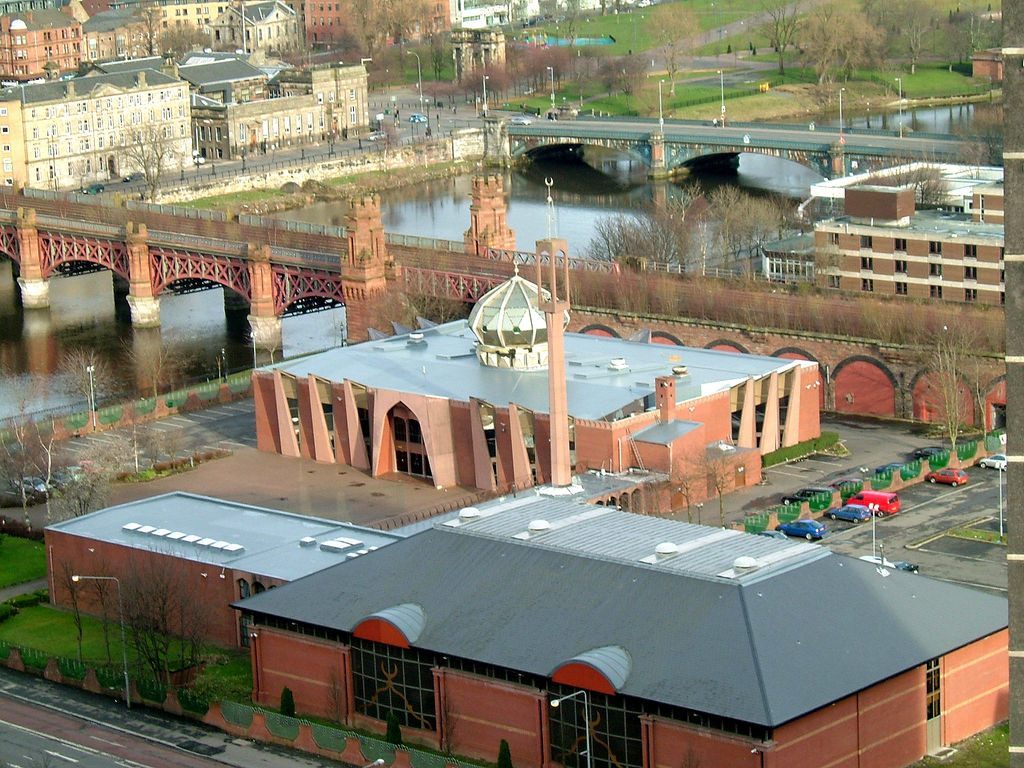 “Just when France was occupied by Nazies [sic], French did all they had to in order to protect their nation,” he writes.

Glasgow central Mosque is currently embroiled in a wider controversy, after seven members of its executive committee resigned amid claims of intimidation by more conservative figures and the exclusion of women.

In January, The Herald reported that the Mosque had donated money to the “army of darkness” group Tablighi Jamaat, a group said to promote an extreme ultra-orthodox brand of Islam. U.S. Homeland Security has accused the group of being a recruiting ground for extremists, and it was linked to the San Bernardino terror attacks in California last year.

The Office of the Scottish Charity Regulator (OSCR) is also investigating claims of financial irregularities at the charity, which runs the mosque and what it has described as an “unusual” management structure.

“We’re not living in Pakistan, we’re living in Scotland, and we need to see the values and ideas of the people of Scotland [at the mosque]”, commented Aamer Anwar, a local lawyer who has called for reform at the Mosque.

“To describe a convicted terrorist as a true Muslim is grotesque”, he added. “There’s real concern within the community that if this is an imam expressing such views, then what is he expressing to our children.”

At the beginning of the month Breitbart London reported that a popular Bradford based imam, who commands a following of hundreds of thousands, has also praised the killer, declaring him a “martyr” who “did what he did in honour of the Prophet”.