PORT TALBOT, United Kingdom — “Without a doubt this town will vote to leave the EU.” So says almost every person I speak to in the town of Port Talbot, Wales, home of Britain’s largest steelworks which now faces closure.

The plant’s owners, Tata Steel, announced last week they would pull out of Britain after their business became unviable, potentially leading to 4,000 job losses in this Welsh coastal town with an obvious knock-on effect for many small local businesses.

One of the contributing factors behind the crisis is European Union (EU) rules that keep tariffs on imported steel low, allowing Chinese manufacturers to “dump” cheap state-subsidised steel on Britain.

While politicians and businessmen squabble and desperately try to cobble together a deal to save Port Talbot’s steelworks, the people here feel powerless as they wait for the potential devastation of their town.

“I’ve worked at the steelworks for 30 years straight from leaving school at 16,” one worker tells me. “It’s all I’ve known.”

They blame a wide variety of people for what is happening — big business, the British government, the Welsh government — but one thing they all seem to be united on is leaving the EU.

Most people I speak to say they are now voting ‘leave’ in June’s referendum, with a few undecided. Not a single person tells me they will definitely vote to stay in the bloc.

“Everyone is fed up. We’re all voting ‘out’, the EU has done nothing for us,” says café worker Agnes. “This town has always been rock solid Labour, but the local MP [Stephen Kinnock] is the only person who wants to stay in [the EU].”

Local businesses are heavily dependent on the steel industry, with many customers working at the plant. Yet even with just the threat of closure, business seems to be dropping.

Despite the roar of traffic passing through on the M4 this town is remarkably quiet. On an evening stroll through the centre there is barely a soul to be seen, with only a few pubs and fast food joints still open – and they are not exactly filled with people. 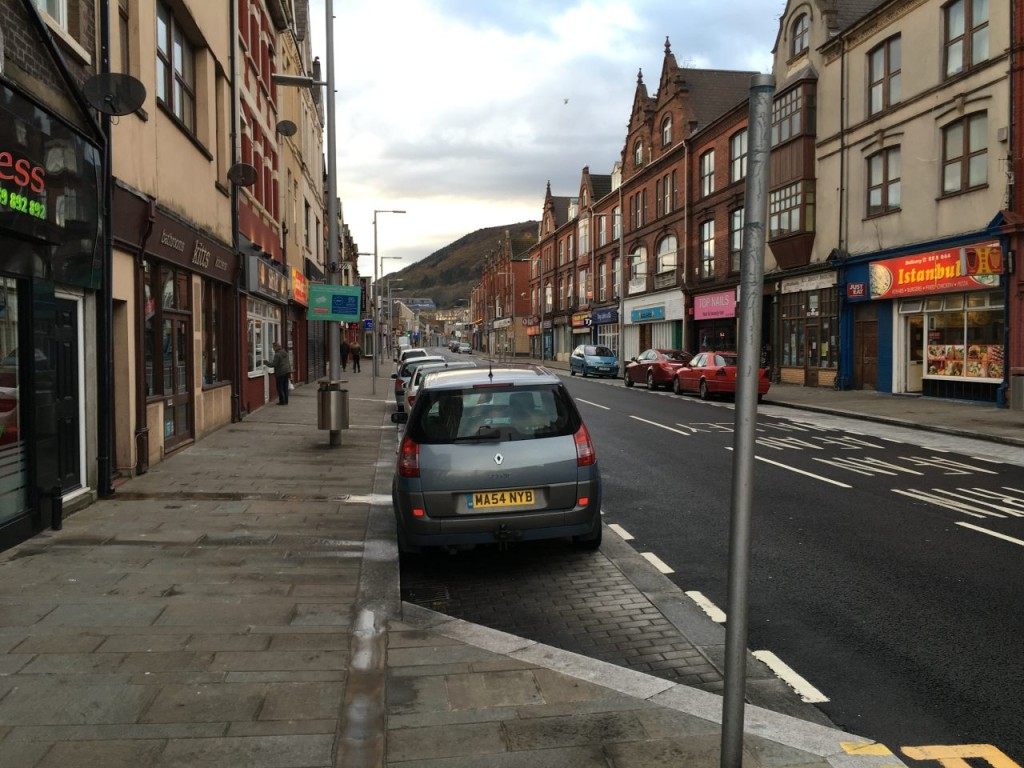 “We’re devastated,” one of the regulars at the appropriately named Forge Tavern tells me. “The whole town is on the edge, we just don’t know what’s going to happen.”

The local council worker prefers to remain anonymous out of fear of losing his job for what he’s about to tell me. He explains that one issue that concerns people here, but which has not been widely reported, is immigration.

Port Talbot may have one of the lowest levels of immigration in Wales, but people are worried not so much about numbers as the attitude of the migrants who come here.

“We’ve been working all our lives, but these people come here and go straight on benefits. If the steelworks close, will there be any money left for us?”

Everywhere you turn in this town there is a church of some description, catering for just about every denomination imaginable. Many, however, are now all but empty, with some showing obvious signs of neglect.

One place that has grown in recent years, however, is the local mosque and Islamic centre.

Several people tell me their main problem with the new arrivals is their seeming reluctance to integrate into the local community.

Even though the immigrants they refer to largely originate from outside the EU, their presence only serves to reinforce hostility to the bloc and remind people of Britain’s lack on control over its own borders.

The question now inevitably rises: how many other threatened industrial towns in Britain feel like Port Talbot? Tata Steel’s total UK workforce is around 15,000 people spread out in towns across the country.

If Port Talbot is anything to go by, the industrial white working class — suspicious of the EU’s trade rules and its immigration policies — could be decisive in the Brexit referendum.