A report commissioned by the British government reveals that major U.S. corporates have sued the Canadian government for billions of dollars under a clause of the North American Free Trade Agreement (NAFTA). Despite this, U.S. President Barack Obama told a press conference in Germany this weekend (above) that “none of these [corporate law suits] had happened with the many trade agreements that currently exist”.

Speaking on the Trans-Atlantic Trade and Investment Partnership (TTIP) in a question and answer session alongside Germany Chancellor Angela Merkel on Sunday, President Obama specifically made reference to the Investor-State Dispute Settlement clause of TTIP, which is causing consternation across Europe for fears of U.S. companies suing national governments across Europe.

He said: “The issue of dispute settlement is something that has gained a lot of attention and attraction among those who generally oppose trade agreements.  Keep in mind that the vast majority of trade agreements already contain such dispute resolution mechanisms. And the terrible scenarios that are painted in which suddenly corporations are going around suing countries so that they are not able to enforce their public health laws, or their financial regulations, or their environmental laws — none of these things had happened with the many trade agreements that currently exist, and that Germany and the United States and the EU and others are already a party to. So I think it’s important for us to look at the facts and not a bunch of hypothetical pronouncements.”

But a report from 2013 reveals that U.S. corporates up until 2013 have sued the Canadian government for up to $2 billion and that the UK “would be more prone to US claims than Canada”.

These suits were brought against the Canadian tax payer for issues such as governmental bans on additives, denial of licences, and the U.S. Parcel Service even sued the Canadian postal service for “anti-competitive practices”. In practice, the same kind of suit could be brought against Britain’s National Health Service (NHS), as being government-run makes it an effective monopoly and therefore “anti-competitive”.

Other examples of ISDS-style suits include Mobil Investments Inc suing for $50m for the “imposition of performance requirements” and Gottlieb investors group suing for $6.5m for a “change in tax laws”.

As of 2015, Canada has paid American corporates more than $200 million, and investors are now seeking over $2 billion from the Canadian government. Canada has spent over $65 million defending itself in legal fees to date.

The 2013 London School of Economics report states: “US investors have brought a significant number of claims against Canada under NAFTA’s investment chapter, Chapter 11. Canada’s experience is relevant as Canada is a developed country with a strong rule-of-law tradition like the UK. If anything, we expect that the UK would be more prone to US claims than Canada, as Canada accounts for less than 8% of US outward FDI stock, whereas the UK accounts for more than 13%. As of the date of writing Canada has been the target of 34 NAFTA investment-chapter claims, all but one brought by US investors.” 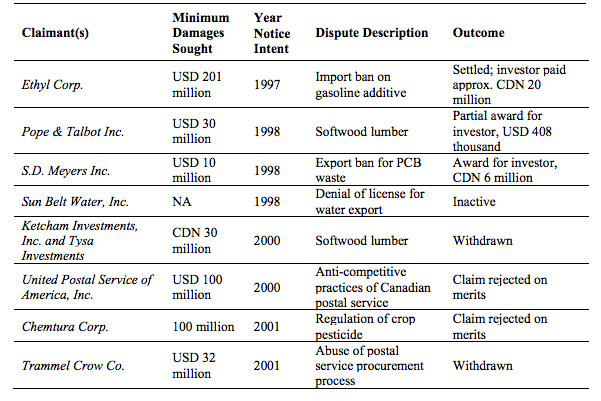 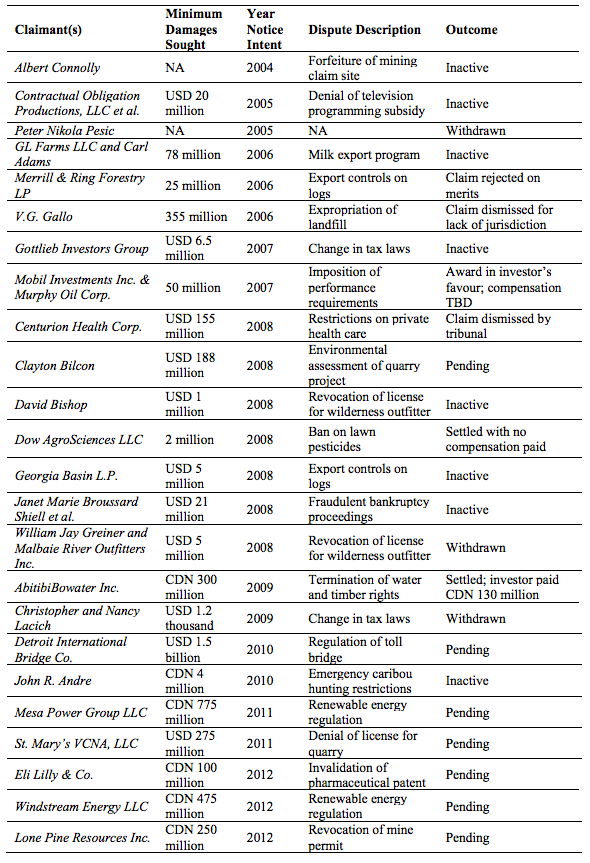 And a Centre for European Policy Studies-Centre for TransAtlantic Relations report from 2015 points out: “ISDS is controversial. In the public hearing organised by the European Commission, more than 145,000 European citizens agreed with non-governmental organisations that investment arbitration should not be included in TTIP (European Commission, 2015a). This meant that 97% of responses were overtly negative and there were only 60 companies that thought the issue was important enough to warrant separate replies apart from submissions from their industrial organisations. Among these 60 firms, two were tobacco companies – including Phillip Morris – and then there were a number of small firms as well, many of which did not express strong support for ISDS. The results made European Trade Commissioner Cecilia Malmström conclude: “The consultation clearly shows that there is a huge scepticism against the ISDS instrument.””

Despite this, Mr. Obama told the press conference in Germany, “…the terrible scenarios that are painted in which suddenly corporations are going around suing countries so that they are not able to enforce their public health laws, or their financial regulations, or their environmental laws — none of these things had happened with the many trade agreements that currently exist…”

The White House declined a request for comment from Breitbart News, directing questions to the Office of the United States Trade Representative.