Turkey has announced that the country’s president, Recep Tayyip Erdogan, will be present at the official opening ceremony of a controversial new mosque in the Netherlands at which 2,500 people will be praying.

The development of the ‘Westermoskee’ mosque has been, since the 1990s, beset by difficulties as a result of “planning problems, alleged corruption scandals, local residential opposition and anti-Islamic sentiment”, Al Jazeera has reported.

But the mosque in the West of Amsterdam is now complete, with its design modelled on the famous Hagia Sophia – a Greek Orthodox Cathedral in Byzantine-era Constantinople, now Istanbul. 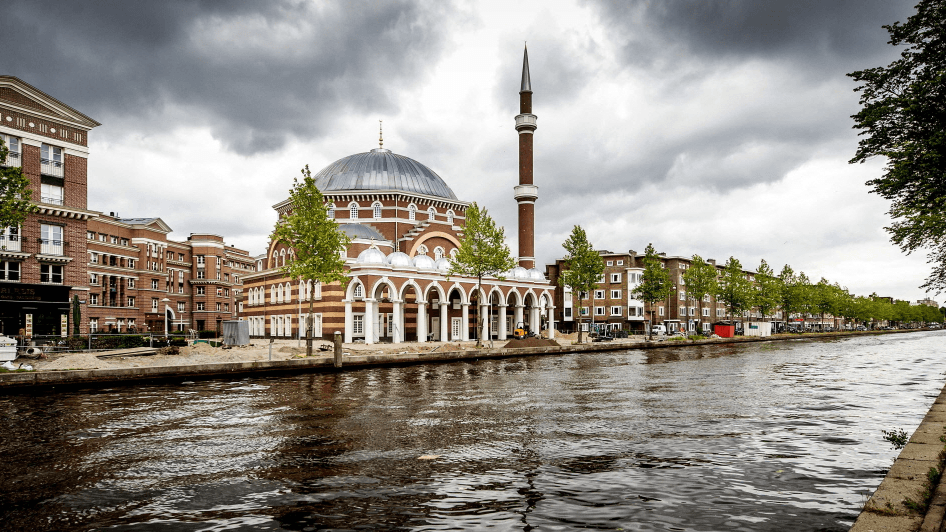 The Telegraph.nl reports that the “huge 25 meter high dome and 42-meter high minaret” dominate the skyline next to a canal in the western part of town. The entrance has “nine smaller domes” and the interior is set to be decorated by Islamic calligraphy artists from Turkey.

“We have the largest mosque in Amsterdam and the most beautiful mosque of Europe,” boasts organiser Selami Yuksel.

The real Hagia Sophia, now a museum, became a mosque after the Ottoman Turks’ violent conquest over Christian civilisation.

The Turkish community-planned mosque in Amsterdam comes amidst growing concern from some political commentators of President Erdogan wanting to establish a new Ottoman Empire in Europe.

Even Britain’s political establishment are alive to the fact that Mr. Erdogan has quickly become one of the most powerful men in Europe, despite his country mostly being in the Middle East, and not inside the European Union.

Here's this week's cover: Douglas Murray on how President Erdogan brought a continent to heel. pic.twitter.com/2JYbmrpsM3

The planned mosque also gives an insight into the mindset of Turkey, and that of the West. While academics and the media ensure Westerners are instilled with a sense of guilt over past conquests of Europeans, there is no such parallel in the Muslim world.

On the 562nd anniversary of the Ottoman Turks’ conquest over the Byzantine civilisation, thousands of Turks arrived at Istanbul’s famous Hagia Sophia to pray in protest. Demanding that the UNESCO World Heritage site be de-secularised and turned back into a mosque, the crowds chanted slogans like “Chains to be broken, Aya Sofya (Hagia Sophia) to be opened” and “Come with your prayer mat.”

The European Union’s (EU) recent migrant deal with Turkey will see accession talks to the political-economic bloc, which has free movement of people among member states, speeded up for the country.

If Turkey joined the EU, its 75 million inhabitants would bestow the second-largest number of representatives into the European Parliament, surpassing Germany by 2020. The country’s fast-growing population is widely projected to exceed 90 million by 2023.

Mr. Erdogan’s visit to the Westermoskee is set to take place around the Muslim month of Ramadan which will fall between June and July this year.